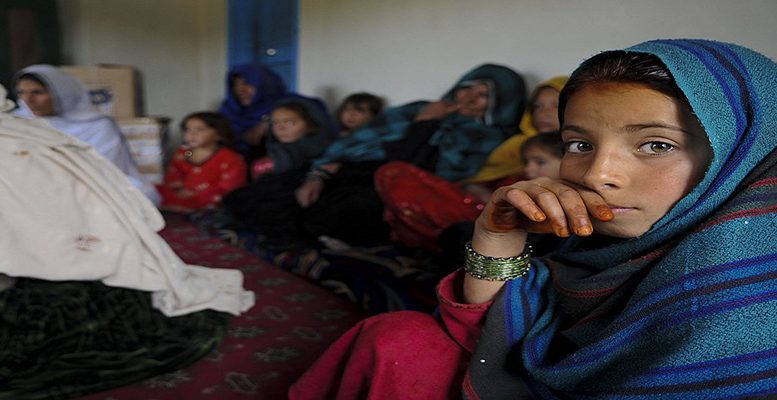 Antoinette Tyrrell (European Views) | The European Union has issued a joint statement expressing its deep concern for the plight of Afghan women and girls, following the withdrawal of US forces from the country and the return to power of the Taliban.

All countries involved have used the statement to express grave concern in relation to Afghan women and girls and their rights to education, work and freedom of movement and to appeal to those in power in Afghanistan to protect the 14 million women that live in the country.

The statement says, ‘We are deeply worried about Afghan women and girls, their rights to education, work and freedom of movement. We call on those in positions of power and authority across Afghanistan to guarantee their protection.’

The Taliban’s rule in Afghanistan in the 1990s obliterated women’s rights and adopted an extreme interpretation of Islamic law which meant girls over the age of 10 were denied education, women were not allowed to work and could only leave their homes in the presence of a male relative and when wearing a burqa to ensure no part of their skin was on show.

In his first press conference since returning to power, Taliban spokesperson Zabihullah Mujahid promised that the rights of women would be respected under the new regime. Speaking to media he said that women would be allowed to work and study but qualified that statement by saying, ‘within the framework of sharia’.

In stark terms he said women, ‘can have activities in different areas and serve in education and health but of course within the frameworks we have’.

Local reports from Kandahar in July outlined that female bank workers were ordered out of their workplaces by Taliban fighters and told that their male relatives could take their jobs.

The EU-backed statement says, ‘Afghan women and girls, as all Afghan people, deserve to live in safety, security and dignity. Any form of discrimination and abuse should be prevented. We in the international community stand ready to assist them with humanitarian aid and support to ensure that their voices can be heard.’

The statement also committed to ongoing monitoring of the situation saying, ‘We will monitor closely how any future government ensures rights and freedoms that have become an integral part of the life of women and girls in Afghanistan during the last twenty years.’