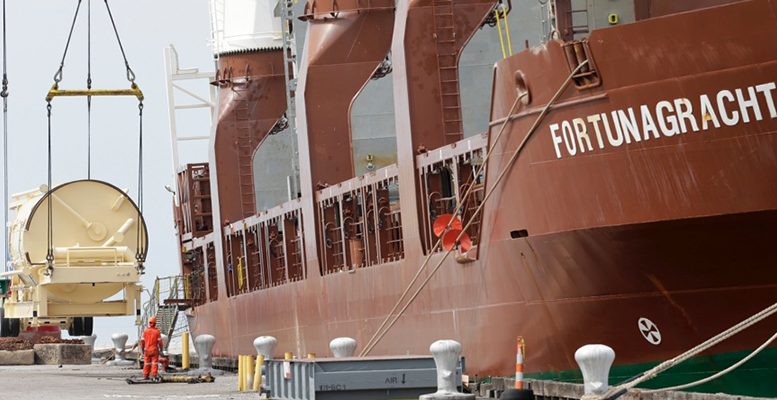 Germany’s current account is in credit and growing. In five years, it has gone from almost €145 billion to €256.1 billion, according to the latest data (2015).

Foreign trade in goods is the protagonist here. Its latest annual surplus reached over €263.1 billion.

In addition, there is a figure worth retaining which is politically relevant. Germany has a strong positive balance with the EU as a whole: a little over half of the total surplus. It also has positive balances with the US and the rest of the world, except China, with which it has a deficit of €10 billion (for 2015: it had a positive balance in other years), Japan and Russia. (Spain has a discreet trade deficit, something over €7 billion, which it almost offsets with a surplus in services of €6.2 billion).

The opinion of Professor Stiglitz

Professor Stiglitz has some harsh words for countries which persistently register external surpluses and Germany provides him with an excellent example in his book “The Euro”.

Stiglitz points out that a trade surplus – and here we’re talking about one which is large and has a certain permanency – generates negative externalities in other countries. Surpluses are a problem because they reflect a deficiency in demand. A country with a surplus sells more than it buys and, therefore, has an excess of savings on its national investment.

The pieces that make up the surplus

The historic series of surpluses in Germany now represents more than eight percentage points of the country’s GDP and it seems as if they will continue – perhaps not at the same level – in the immediate future. There are some fundamental factors which feed the German surplus:

The German society has very specific characteristics: it ages quickly and it is traditionally a country where people save a lot. But now this has been eclipsed by fears about the sustainability of the pension system and the general uncertainty fuelled by a monetary policy which has practically eliminated any return on bank deposits – a savings option which is deep-rooted in Germany.

For its part, the business sector (non-financial) is, surprisingly, also a net saver since 2009. Private investment accounts for a stable 10.5% of GDP, while corporate savings stands at 12.6% (data from 2014), including a signficant amount of non-distributed profits.

Germany’s public sector –as everyone knows – has a tendency to save, and in an environment of expansionary monetary policy, Dr  Schäuble (CDU) has maintained strict budgetary discipline within the coalition government.

Then, on the other hand, there are some accidental factors: one critical factor recently has been a favourable trend in the terms of trade, due to the drop in the price of imported energy products. It seems that Germany imports less, when really what is happening is that it is paying lower unit prices. The European Commission believes that “(this effect) is almost the sole reason behind the improvement in the trade surplus in the last two years.”

The trend in salaries

It’s imposible to change a society’s customs and turn sensible savers into crazy consumers from one day, or one year to the other. But what if the average German were to see his disposable income level increasing in a stable fashion? The wage dynamic is key to understanding how available income evolves. In Germany, as in other advanced democracies, salaries are established via negotiations between employers and trade unions. And the results of this process have to be upheld. Since the birth of the euro, there has been wage moderation in Germany. Between 2000 and 2008, the nominal wage grew at a modest anual average rate of 1.1% (in fact it even fell in real terms). Between 2008 and 2015, the trend has been different: annual average of 2.3%, the highest in the Eurozone (also in real terms). The jobless level is one of the lowest in the EMU.

But the positive trend in wages in real terms since 2008 has not been passed on to consumption. Despite the low returns on bank deposits, people still have a preference for liquidity, showing they are cautious about how they use their disposable income. Germans ask for a lot less consumer loans than citizens in other EMU countries.

There are no signs of any investor enthusiasm in Germany’s public sector. Despite the shortcomings in big infrastructures – in their day, innovative – net investment was negative again in 2015 and as far is known there is only a commitment for an (accumulative) increase of 0.7% of GDP in 2016-2018, plus an ambitious 15-year plan which is still waiting for some legal framework. Aside from budget appropriations, the framework of responsabilities of the different federal authorities remains very complicated.

And what about private investment

Accumulated savings are allowing German companies to finance strategic alliances within the EMU with the aim of consolidating efficient and cheaper production chains.

We in Europe should remember this dynamic investor’s interest, because any reduction in the “excess of exports” will automatically also cut Spanish companies’ exports (and other countries) integrated in the value chains. In an analysis on BMW, a German newspaper pointed out that a new project would be produced (in Bremen) from 2018…”or rather it would be assembled there, because integrated production in Germany would be too costly…”

The economy of the refugees

The increase in public spending –which could reach 0.5% of GDP in 2016– is perfectly affordable from a budgetary point of view. Gradually, the social benefits for refugees, the payments to citizens involved in integration tasks, the public spending necessary for housing and relocations, will provide positive impetus for GDP. But these are still difficult to quantify and annualise.

The case of the services sector

Germany really is a special case of (very) imperfect competition amongst services companies, many of which operate above all in the domestic market. As a result, possible improvements in competitiveness can only be very indirectly reflected in its current account. The European Commission, which is tremendously critical about these matters, in line with the IMF, acknowledges that the result of the proposed reforms only suggest “improvements in GDP in the long-term.”