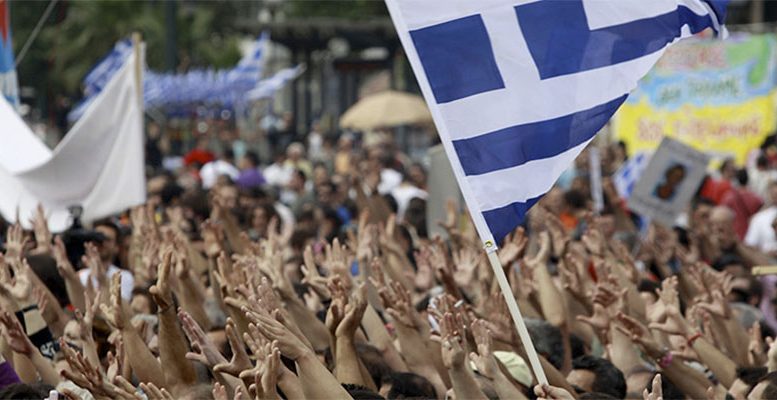 Yiannis Mouzakis via Macropolis | What you are going to read could very well be extracts from a Yanis Varoufakis interview in the first half of 2015, when – in a clumsy manner that rubbed everyone up the wrong way – he was advocating that Greece and its lenders should change course.

Greece needs reforms that should be used “to increase spending or cut taxes to support growth” and not push for higher primary surplus targets.

Pushing the budget target towards 3.5 percent of GDP will take an even larger toll on growth, will “reduce demand in the short run” and “will weigh on medium-term growth by delaying the onset of the needed implementation of a more growth friendly budget.”

Cuts have been so deep that “decaying infrastructure is hampering growth and the delivery of basic public services such as transportation and health care is being compromised.”

These cuts have gone too far and even if “through a Herculean effort Greece could manage the spending cuts needed to achieve a 3.5 percent of GDP deficit in the short run” this is not consistent with the ambitious long-term growth target.

“Greece’s debt is highly unsustainable and no amount of structural reforms will make it sustainable again without significant debt relief.”

The eurozone “is not a full political union, and we realize that a solution will have to be politically acceptable to 19 sovereign member states” but “an open-ended long-term commitment to very high surpluses is simply not credible.”

The programme agreed only last summer between Greece and the eurozone lenders took a beating on Monday night from the most unexpected of sources, when the head of the IMF’s  European Division, Poul Thomsen, and the head of research, Maurice Obstfeld, blended together their arguments regarding all the aspects of yet another Greek “rescue package” that do not make sense.

Having been heavily criticised over its involvement in the first two Greek programmes, the IMF has remained on the sidelines since the start of 2015, although it has been heavily engaged in talks. During this time, it has made it clear it will not commit to any further involvement in Greece until things “add up.”

As of Monday evening, it appears determined not to bite its tongue anymore. Instead, it seems to feel the need to protect its image, having been portrayed recently as the lender that wants to impose around 4 billion euros more in austerity measures from 2018 onwards.

However, the blog post written by Thomsen and Obstfeld looks very much like an attempt to distance the Fund from any mess that might ensue in the Greek talks, which are balanced precariously at the moment. The article appears to undermine the IMF’s role and its mission to be a technocratic and impartial organisation that brings extensive crisis management experience to the table.

Although the piece tore apart the main foundations of the new ESM programme, which is based on assumptions of high primary surpluses and accelerating growth, the authors appear to have few reservations to sign off on those unrealistic targets even if this means Greece has to stack more measures that the IMF believes will kill off demand and growth in the short-term and will lead to a belt tightening that will derail the reforms that the country needs.

When you have made such a comprehensive case that Greece needs to alter course and there is no indication of this change happening, one would expect the lender deemed to be the crisis management expert to distance itself from the process. Instead, the Thomsen-Obstfeld post suggests that the IMF is prepared to sign off and let Greece swallow another bitter pill that the Fund doesn’t believe will cure the country.