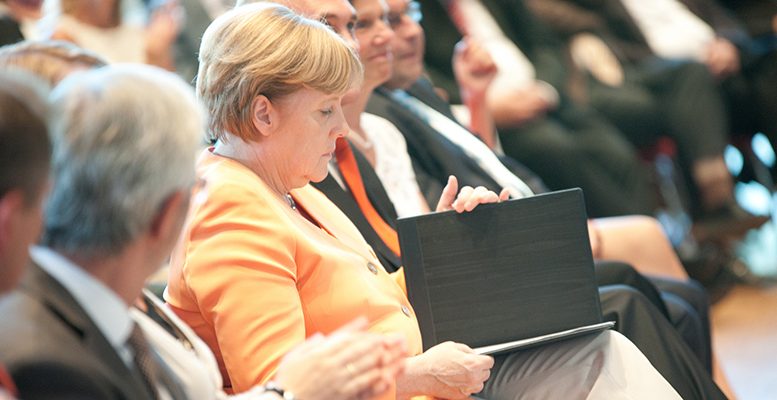 Angela Merkel’s victory in Sunday’s general election in Germany was insufficient and fairly negative for the rest of Europe. For one thing, the Macron Plan, to create fiscal unity, has automatically been pushed back for at least four years.

Merkel’s share of the votes fell from 45% to 33%, which definitely leaves her in a weak position to govern. At the same time, her erstwhile ally, the SPD, also suffered big losses. And all this has favoured the extreme right, the liberals and the Greens. A jumble of colours devilishly difficult to harmonise.

The right-wing obtained 100 MPs, amongst them extremists who are more radical than Le Pen. They are totally anti-European. But they won’t participate in the negotiations to form a new government, leaving it to Merkel’s CDU, the liberals and the Greens.

The liberals are not precisely pro-European, although they say they are. But during the campaign, they made a display of being against Macron’s programme. A lot of hope is being put into this plan to eliminate the weaknesses in Europe’s financial sector. In the event of a new crisis, these would once again leave us defenceless in the face of disorderly capital movements, and another crisis like that in 2011-2012 would not be ruled out. Undoubtedly, they will seek to rule on finances; whether they achieve this or not, the future German government will be much less European than today’s one.

Added to that are the Greens’ demand. They will aim to keep Germany’s star industry, the automobile sector, on a short leash with regard to gas emissions. In contrast to the US or the UK, Germany has maintained industry’s 30% weighting in the economy, which means its exports are strong. The only good thing would be that this would reduce the country’s excessive external surplus, accounting for 8% of GDP. At the same time, this could provide some balance in the EU’s external accounts. That’s if the extreme right doesn’t succeed in implementing protectionist measures!

Merkel cannot refrain from trying to govern, because new elections would, as Wolfgang Munchau says, result in another dent in her votes. In summary, a weaker government, which pours cold water on the possibility of a major Merkel-Macron accord. It also leaves us in a weaker position in the face of pressing fiscal imbalances. Let’s not forget the debt levels of many EU members, like Spain, have risen to worrying levels. But Merkel’s new allies and the extreme right are going to be less accommodating with regard to debt restructuring and transitory funding, including for already existing mechanisms such as the EMS. A backward step for the EU.

Today we’ve heard that the EU presidents have unreservedly supported the Rajoy government’s actions against Catalanonia’s.