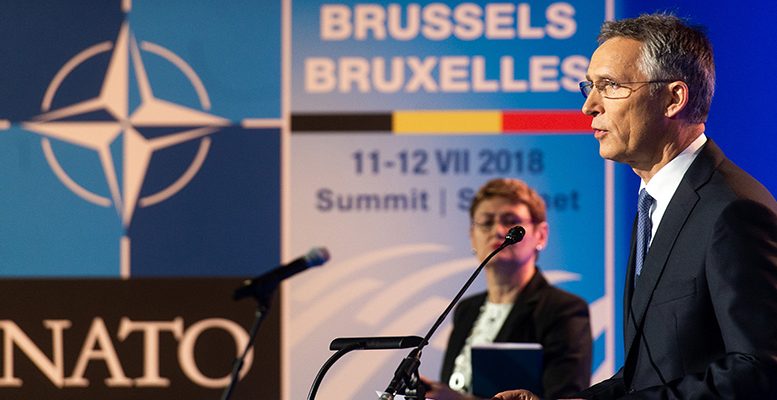 The financial markets still struggle to come to terms with a US President who sticks to his campaign pledges. Donald Trump delivers on deregulation, tax reform and infrastructure spending, whereby the latter is often overseen by European observers. The market focus currently rests on trade, where Donald Trump has promised to balance the account with China. The latest round of import tariffs announced yesterday will not come into force before September, giving the market some last room for hope that a compromise can be found.

Julius Baer’s focus today lies on the NATO summit. Donald Trump has promised the American taxpayers to make Europe pay more for its own defence. The official target is 2% of gross domestic product, but most European countries spend way below. According to the NATO report published two weeks ago, Germany, Belgium, France and the Netherlands are spending the equivalent of roughly 1%, i.e. half the NATO guideline. France is closer, Portugal at the guideline whereas Greece overfulfils. It will be interesting to see whether Donald Trump is influential enough to make the Europeans spend more for their defence.

It is an open secret that the policy mix in Europe is suboptimal, to say the least, with the emphasis on monetary policy while fiscal policy is restrictive. A push for more defence spending would go in the right direction. Any such fiscal initiative, however, would be negative for European government bonds for two reasons. First, it will lead to more supply, and second, it allows the European Central Bank to normalise its monetary policy earlier.

Analysts at Julius Baer stay negative for core European government bonds. For investors looking for exposure to safe EUR investments, they have initiated a new idea to invest exclusively in European inflation-linked bonds, which benefit from higher oil prices.