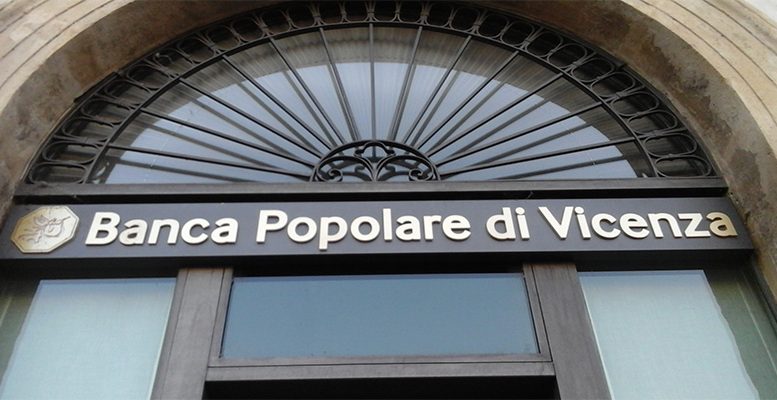 Two medium-size Italian banks –Veneto Banca and Banca Popolare di Vicenza- collapsed over the weekend, forcing the authorities to step in to prevent a disorderly failure and widespread contagion. The intervention involved the overall liquidation of the banks, while transferring safe assets, branches and workforce to Intesa Sanpaolo, one of the country’s healthiest lenders.

The move has followed the lines of an ‘Italian style’ rescue model. It breaks away from the standard bail-in procedures introduced by the EU, as bid depositors and senior bondholders will escape unscathed. The trick used for implementing that circumvention was based on the official guarantee that the two lame ducks did not represent a systemic danger. And so domestic resolution measures prevailed over those of the EU. Formal bankruptcy also provided an excuse for waiving State aid rules. Both the ECB and the Commission overlooked the inconsistencies of this case, fully aware of the daunting task Italy faces in redressing its weaknesses.

The authorities also implemented an innovative bail-out approach, since some sizeable public funding will benefit Intesa Sanpaolo: 4.8 million euros for helping to maintain its capital ratios and 0.4 million to guarantee any potential loss in the inherited portfolio. The State will cover the liquidation costs estimated at 12 billion euros. The overall bill will run as high as 20 billion euros taking into account the support previously granted to both insolvent banks. Roughly the same amount spent by Spain on rescuing a big player like Bankia.

Some observers have praised Italy for the cunning way they have avoided the EU discipline, securing instead a tailor-made and wanton way out. Yet, as the Veneto affair vividly highlights, such solutions reveal the severe shortcomings the Italian financial industry faces. In sharp contrast to Santander’s takeover of Popular, the healthiest Italian entity has been unable to digest a couple of light-weight partners without massive support. This is a terrible omen, as the worst is still to come after the recapitalisation of UniCredit and the ongoing rescue of Monte dei Paschi. Tackling the problem of the accumulated 300 billion euros of impaired assets will put a lot of pressure on public finances, and may disrupt an economy which is vital for Eurozone stability.

For too long now, Italy has bet on there being in the end a recovery which will solve its banking crisis. Its lenders just barely survived the euro turmoil thanks to the lavish liquidity injection from the ECB. But far from improving, their solvency was eroded by the prolonged recession and the authorities’ outright complacency. Time is running out for undertaking a thorough overhaul of Italy’s ailing financial system. Otherwise shoring up confidence may one day fail to work, leading to complete disaster.