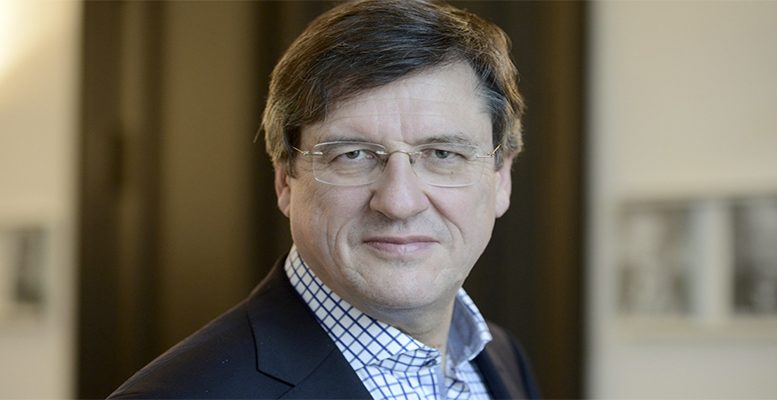 Q: You have said you are in favour, if necessary, of Europe responding to Trump’s America with a trade war. Is Trump so dangerous?

A: A trade war would have to be the last card in the deck. But Europe should not rule it out and, if necessary, use it if other options don’t work. Of course nobody wants this. Whatsmore there are various options for finding a reasonable solution. In any event, I am optimistic.

Q: In April, the US once again threatened the German steel industry. It wants to raise tariffs as a punishment and look at trade relations which contradict his “America first.”

A: We need to defend a clear position. The World Trade Organisation (WTO) prohibits unilateral rises in tariffs or restrictions on trade via taxes which are discriminating. Europe can denounce the US to the WTO and, once it has got an answer, raise tariffs on products from US technology consortia. So the US ends up hurting itself. And there will be tough opposition, because not only does it have ‘rust belts’ but also very strong ‘high tech belts’, which will start a political rebellion against Trump. This is the only way to save free trade.

Q: Do you think Europe is prepared for this, politically, psychologically and economically?

A: No, not yet. But we can’t throw in the towel. Up to now, many Europeans thought that maybe Trump was not serious. That’s understandable because Trump’s policy doesn’t have a clear direction. One example is how he handled Obamacare. But Europe must defend its position and outline a liberal strategy for defending free trade.

Q: The challenges are enormous: Brexit, the euro crisis and the refugees…Where are we going and what path should we take? A common economic policy? Should Europe not focus on is own problems?

A: Yes, it’s true. Europe is still in crisis. But it can also be the opportunity to strengthen the coordination on key questions of foreign and domestic policies, as well as policies for security, refugees and, of course, for the economy and finance. Going back to playing nationalistic games is inadmissable. And I believe that people more and more share this opinion. This is reflected by movements like Pulse of Europe every week in our cities’ streets. Brexit is a crisis but not a catastrophe. Furthermore, we need to have a strong and close relationship with the UK in the future, the same as with Norway or Switzerland.

Q: The Ifo Institute takes the view that the euro crisis is back. Clemens Fuest said that “those who want to save monetary union, need to reform it so it doesn’t depend on the promises made by the member states,” promises which are never kept. And also that, while budgetary rights remain in national hands, there can’t be shared responsability in the form of eurobonds.

A: I totally agree. Eurobonds, which imply the mutualisation of European debt, are a mistake. The reason is that all countries should repect the rules of the European fiscal pact. It’s true that four of the five countries most affected by the crisis – Ireland, Portugal, Spain and Cypress – have done their homework. But Greece is still a concern. And France and Italy need reforms like Germany’s Agenda 2010, which allowed for a reform of the social system and the labour market to create employment. This pressure to implement structural reforms has become internationalised. It’s a normal process.

Q: Up to now, Germany has benefited from globalisation. Are there difficult times ahead?

A: Yes and no. Yes, for two reasons: the more difficult conditions faced by the global economy and the ageing process in Germany; this can fuel a decline in its capacity for innovation. There is also investment weakness and the lack of a really successful start-up culture. But then I would say no, if we take into account the current situation of the labour market. There is hardly any unemployment and this will continue to decline. For that reason, I believe Germany will become a country of immigrants, even more than it has been up to now. And, of course, the sooner the better.

Q: There have also been losers as a result of globalisation of the economy. Are neoliberalism and austerity policies not to blame for the disenchantment which has led to populism

A: Globalisation and technical development are inevitable. The world would be impoverished if we wanted to put on the brakes. That said, the dilemma over globalisation has arisen because any economic change creates winners and losers. This means that we have to help those who suffer from the change to adapt to it. The Administration can finance methods to obtain qualifications and learn up to an advanced stage. Countries like the US or the UK have completely ignored this banality. In Germany the situation is much less dramatic because both the State and companies have got involved to offer support for workers to overcome these structural changes.

Q: How do you see Europe?

A:  There are risks, but there is no reason to panic. It’s important that people understand that we can’t do without globalisation. And also that Europe has so many strong points that it can position itself perfectly well in the world. Overall, Europe is still a producer of excellent ideas and high-quality products which can be exported all over the world. That’s our advantage.