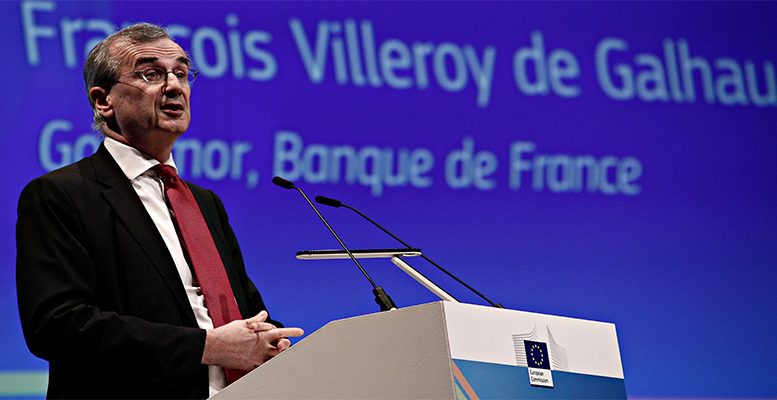 Europe is populated by banks. There are more than 5,000 still operating in the Eurozone, actually 5,073 according to the ECB’s latest “Report on financial structures,” published in October. The figure seems unimaginable after the financial tsunami in the old continent fuelled by the crisis since 2008. This obliged huge nationalisations like Bankia or Commerzbank and brought down whole banking sectors, almost causing the collapse of countries like Ireland or Portugal.

Analysing the figures from 10 years ago, there are almost 1,800 less banks than when the subprime crisis erupted. And even so, there are repeated calls from across the sector for greater consolidation. Daniele Nouy, Chair of the Supervisory Board at the ECB, did this recently in Madrid.

The latest relevant comments on the issue come from Paris, although the speaker chose Brussels to launch a clear message to the industry and to Europe’s political authorities, mainly the Commission but also European capitals, reluctant to lose their national champions. “A clear and secure consolidation process would make the banks better positioned to diversify their risks throughout the Eurozone,” Bank of France governor, François Villeroy de Galhau, believes.

Cross-border mergers are the way ahead because “we need more pan-European banks”. Within the Monetary and Banking Union that we have, a cross-border merger should not be any more difficult than a national one,” according to Bank of France governor, who is in favour of the Eurozone being a jurisdiction within the Banking Union.

The banking industry shares this analysis. The Spanish Banking Association’s chairman, José María Roldán, is betting on a pan-European merger in the next ten years or else the current Banking Union will have failed. In Spain, the consolidation process since the crisis has been carried out via domestic mergers, with a few specific exceptions. The sector has gone from 53 big banks and savings banks in 2008 to the current around 15.

For Villeroy de Galhau, the objective is two-fold. On the one hand, sector concentration would contribute to private risk sharing, the distribution of risk in a sector with a massive debt problem. A report by S&P has just warned about the fact that in seven Eurozone countries the volume of sovereign debt on the banks’ balance sheets exceeds 100% of their better quality, or Tier 1, capital. These are Slovakia, where Banks have 647%, Italy with 292%. The figures then decrease starting from Slovenia with 179%, down to Spain, via Belgium, Portugal and Malta. The banks in Spain hold 109% of sovereign debt in relation to their Tier 1, according to data from the ratings agency.

The Bank of France governor believes that having bigger and more solid banks would also contribute to “channelling savings more efficiently towards cross-border investment,” another of the continent’s endemic problems. Europe is looking at the banking consolidation in the US after the crisis, with the five main banks controlling a market share of over 40%. The five main eurozone banks don’t even have 20% of their market. “We don’t have to copy the US market, but the size element is key,” Galhau explains.

There is, however, a huge problem which is putting the breaks on this merger process amongst the banks from different European countries: namely the 900 billion euros of doubtful loans on the eurozone lenders’ balance sheets. And the risk is that if this mountain of debt is accumulated in a handful of big institutions, the sector is risking its sustainablity. The consolidation process which the Bank of France wants “should not end up creating banks which are too big to fail, but should establish very clear supervision,” the governor says.

From the start of 2016, the supervision of the big European banks, the systemic lenders with capacity to destabilise the whole sector, has been in the hand of the ECB. The Single Resolution Mechanism (SRM), with headquarters in Brussels, is in charge of dealing with the closure, liquidation or sale of a bank when Frankfurt reaches the conclusion that “it has collapsed or is at risk of doing so.” This happened before the summer with Banco Popular and Veneto’s two banks.

The first two interventions following Banking Union regulations showed the deficiencies in a structure put to the test for the first time. There is still not enough fire power in a Single Resolution Fund which will only reach 50 billion euros in 2023, not enough time or money to handle the liquidation of a big bank. And the second doubt is what happens to and who guarantees the deposits of these big banks?

The third arm of the Banking Union, the Common Deposit Guarantee scheme, should take this on. But this has been blocked in the Eurogroup for the last year. Once again the problem is the volume of doubtful loans and the quality of the balance sheets in various countries. Germany, but also savers in Holland (as IFO president, Clemens Fuest, acknowledged in Brussels after listening to Villeroy de Galhau’s comments) will not agree to its set up while this problem continues without any solution:

“More banks with more capital are what’s needed, because the more capital there is on their balance sheets, the easier it will be for citizens to accept this common deposit guarantee,” says Fuest.

The Bank of France is clear: strength comes from the European banks merging with their neighbours on the continent.