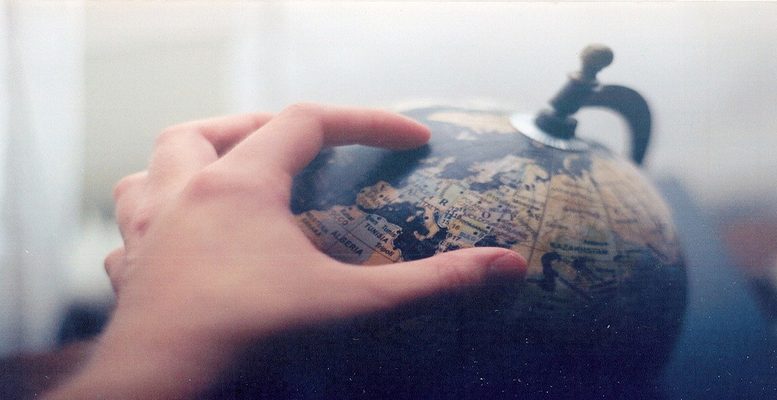 Nick Malkoutzis via Macropolis | You are the outgoing British prime minister, responsible for calling a needless referendum whose result will – at best – lead to a painful realignment in your country’s relations with the rest of Europe and the wider world. What is your last action in Parliament? A moment of reflection about the decades of carefully constructed ties with EU member states and institutions that will now be overturned? An appeal to your successor to tread carefully and look further ahead than you did? No, you decide to fill this historic moment by waving around a picture of yourself stroking a cat.

If there was a moment that epitomised the public school frivolity that overtook David Cameron’s premiership, it was when he wafted the printout of Larry, the Downing Street cat, in front of British MPs in his last parliamentary appearance as prime minister on Wednesday.

What possessed the Conservative leader to depart on this whimsical note, while his country comes to terms with the deep division surrounding Brexit, is a mystery. Perhaps it was an attempt to divert the discussion to asinine matters and away from the political shambles that followed his failed attempt to win the referendum on Britain’s membership of the EU. Maybe, though, it was a true reflection of the vacuousness that underpinned Cameron and his time in office.

Even this incredible moment of flippancy in Parliament was soon overshadowed, though, by the news that former London mayor Boris Johnson had been named as foreign secretary by Cameron’s successor, Theresa May. The appointment of a man famed for his buffoonery and insulting behaviour as the country’s top diplomat was just so mind-boggling that it overshadowed the political absurdity that proceeded it in recent weeks in the UK.

Observers in other parts of Europe were certainly left agog at the news that someone who appears to them to have the diplomatic skills of Mr Bean should be awarded such a prestigious position in the UK cabinet. However, although Europe was awash with schadenfreude as a result of the calamitous events across the English Channel, perhaps Britain’s travails should not be so much a source of mirth, but reflection on the state of politics across the continent. A “there but for the grace of God go I” moment, if you will. Because if we survey the European political landscape, we will not find much to give us much confidence that the kind of undoing that we’ve witnessed in the UK will not happen elsewhere, or in many other EU countries, in the future.

In France, President François Hollande has staggered from one blow to the next, with the latest being the revelation that he pays his hairdresser almost 10,000 euros per month. It seems that since he was drenched in downpour on his inauguration day in 2012, Hollande has never recovered. He has squelched his way through the last four years, never really able to gain a convincing foothold at the European level and facing an increasingly potent challenge domestically from far-right Marine Le Pen.

In one of Europe’s other economic powerhouses, Italy, Matteo Renzi is also struggling as prime minister. He rose to power in 2014 with many hoping that he would instigate tricky reforms and get the country’s stagnant economy growing again. His premiership, though, seems to have been defined by strong words and weak actions. Renzi now faces the possibility that his country’s banks will be the next flashpoint in the euro crisis, while domestically he has staked his political future on an autumn referendum regarding constitutional reform. Like Cameron, there is a significant possibility he could lose the vote.

Across Europe’s southern periphery, from Greece to Portugal, the threat of political instability looms. In Greece, Prime Minister Alexis Tsipras and SYRIZA have failed to live up to their pledge of escaping the austerity trap and are implementing the exact same policies they raged against in opposition. Only the prospect of a gradual economic recovery, predicated on continued implementation of the bailout programmes, seems able to ensure that his three-seat parliamentary majority will hold together.

In Portugal, Prime Minister Antonio Costa also presides over a fragile coalition of his own Socialist Party, Left Bloc, Communists and Greens. Costa, too, is finding that pursuing a different economic policy is easier said than done. This week, the European Commission informed Lisbon that it faced sanctions for failing to bring its budget deficit into line.

Spain faces the same punishment, although it is still not clear who will be in government to take responsibility for responding to Brussels. It is now seven months since the country held its first inconclusive elections, while the latest round of voting last month also failed to deliver a decisive result. While acting Prime Minister Mariano Rajoy’s scandal-ridden centre-right party came out on top, none of the others seem keen at this moment to work with him, leaving the country in a political deadlock.

In eastern Europe, Hungarian Prime Minister Viktor Orban’s ideas regarding illiberal democracy appear to be taking root. Not only has he established decisive control over his country’s institutions but the Polish government seems to be following in his footsteps. Meanwhile, Slovakia, which has taken over the EU’s rotating presidency, continues to refuse to accept Muslim refugees and has not helped relocate any migrants despite being allocated a total of 652 under European Council decisions.

When one, then, starts to take into account the rise of nationalists and populists, particularly on the right, in many European countries, including prosperous and liberal states such as the Netherlands, the overall picture becomes utterly depressing. In this increasingly desolate landscape, the left, which as economist Dani Rodrik pointed out in a recent commentary, is normally able to bridge deepening divisions in society through reforms, has abdicated its role.

This has left the pondering pragmatism of German Chancellor Angela Merkel as Europe’s totem pole, around which those who hope to find a way to stop this seemingly inexorable slide towards ineptitude and divisiveness seek to gather. However, Europe may need to ask itself for how long and how far it can ride on the coattails of a leader whose name has been made a verb in her own language (merkeln) to describe doing nothing.

The truth is that although political events in the UK may have provided amusement and bemusement in recent weeks, we would be foolish to treat them as an outlier. In a Europe where the statesmen and women of yesteryear have been replaced by politicians, and mostly low quality, parochial ones at that, the next fiasco may not be far away. As one of Merkel’s predecessors, West German Chancellor Konrad Adenauer, said: “History is the sum total of things that could have been avoided.