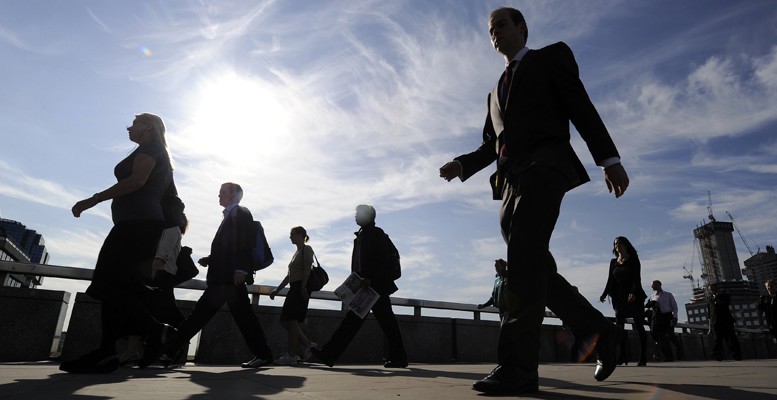 The European financial center still cherishes the hope that the debt markets will brighten up before the end of the year. It would help if the catastrophic headlines stopped.

The original expression is still the talk of bankers and investors, who have seen how September afternoons were passed amid downpours and news of business accidents on the pages of London’s financial press: “death by a thousand small cuts.”

“The immediate result of the intervention of the European Central Bank was that everyone felt more comfortable buying riskier debt with longer durations,” a fixed income portfolio manager at one of the Eurozone’s large banks told The Corner. “We had a good start in 2015 really, but especially in the second half of the year the atmosphere of the global economy has become more and more murky.”

Participants in the bond, corporate and sovereign debt markets do not know who to blame for the lack of activity and the relative price increase in credit during the month just gone. They point right left and centre as if they were chasing shadows.

The truth is that the volume of investment-grade debt issued so far in 2015 in the so-called European peripheral countries is at the lowest levels since 2012 – about 70 billion euros. Compared to the same period of 2014, the drop is 40%.

Spain, Italy and Ireland top the list of sales (we’re talking about both companies and governments and, by the way, the Spanish Public Treasury is famous in the City for its excellent sense of timing and knowing how to measure the pulse of the market).

It is not just a problem of southern Europe. The returns on investment in capital markets globally have fallen by 9% to 15.5 or 14 billion euros.

The responsibility cannot be attributed either to the pessimism the British economy could spread to the City. The latest data indicates some loss of impetus, with GDP growing at 0.3% compared with 0.7% in June.

“The weakness in our manufacturing sector is spreading to other industrial and service sectors,” said Chris Williamson, chief economist at Markit. “There is also evidence that consumers have become more cautious and have begun to cut their spending on restaurants and holidays.”

The reality is that the negative news flow has been endless: from the damage suffered in stock markets by the interminable and sometimes aggressive discussions to reach a bailout plan for Greece, to the forced recognition that China can no longer play its role of world economic power. Added to that, the fact that quite a few US and European companies will have to cut production.

“Now, moreover, the Federal Reserve has injected a bit of volatility because I would say that many of us were expecting an increase of at least 0.25%, which would have sent the message that we must have more confidence in our growth expectations for the US economy,” says a manager of an American fund with activity in Europe. “Instead, the Fed has increased our fears over deflation and lack of growth.”

And then “we wake up with Volkswagen’s bombshell, which has a potential unstoppable domino effect,” says a debt syndicate banker.

As proof of this, the data collection and analysis company CreditSights published in late September a research on French auto parts maker Faurecia, whose bonds quickly fell for being a supplier of Volkswagen.

“We consider that the risk to European suppliers is low,” explained experts from CreditSights. “In Europe, the penetration rate of diesel for passenger vehicles is 53%. However, from September 2015, all sales of new cars have to meet the standards of most recent emission rules. Volkswagen’s UE6 engines now in the market are no longer affected or involved in the scandal of contaminating emissions’ manipulation.”

“Investors have reasons to worry, but in my opinion, a premium of 1% or more above debt price, particularly in corporate bonds, is too much when indebtedness levels of most companies are not worrying,” says a banker from a high yield market.

The high yield market, with high return, is particularly sensitive to the collective panic of excess risk and has already seen its first bond canceled for lack of demand – Soho House wanted to sell 200 million pounds of senior unsecured debt.

“I think that the supply could recover quite quickly in all markets if there is no outflow of funds or other depressing news,” says the director of global debt department at a Nordic bank.

We begin October with more care than hope.