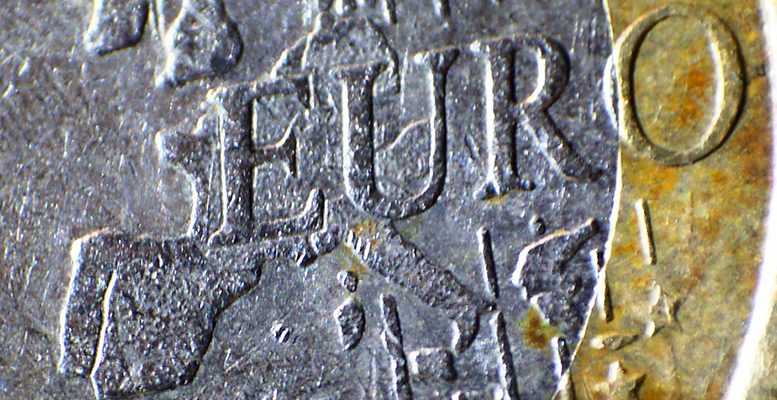 Ever since December last year, when it reached its low point, almost at parity with the dollar, the euro has not stopped rising. At the beginning of 2017 it was around 1,04 dollars: on Tuesday it managed at one point to break through the 1,20 threshold. The single currency’s sharp appreciation is causing concern in Europe, given that a very strong euro is not what the region’s economy needs at the moment.

A strong euro makes exports more expensive and, as it makes imports cheaper, puts at risk the ECB’s plans for inflation to reach 2% (now at 1.5%) in the Eurozone. In this respect, an economic think tank has predicted that “the euro’s appreciation would justify cutting estimates for inflation by between 30 and 40 basis points in 2018 and 2019.

Apart from the fact that the strong euro could drag on growth in the Eurozone, something which explains the stock markets’ apathy over the last few months. The same think tank has evaluated the impact on GDP of the strong euro at between 20 and 30 basis points.
Of course it’s all relative. And apparently, even contradictory. With cheaper imports, Europe will pay less for the energy it imports, basically oil and gas: that will mean less costs throughout the production and distribution cycle, something which companies are very grateful for. This is particulary important in Spain’s case as it is heavily dependent on imports of energy raw materials.

And as far as exports are concerned, there is also no reason to hit the roof. Firstly because a large part of the goods trade on the continent is within the EC. For example, over 60% of Spain’s exports are destined for the Eurozone, which takes away any impact in this area of the currency’s appreciation.

And, furthermore, because most of Europe’s exports – products with a strong technological base or exclusive in Europe – are not easily substituted, although their prices go up. I’m talking about capital goods, machines, trains, power stations, plants, luxury goods and fashion, and numerous food products. And this is also the case for a big percentage of the products which Spain exports.

In any event, with these concerns in mind, it’s possible that many people have not realised that the euro’s rise is also good news for Europe, in spite of everything. Basically because if the euro is rising it means investors, operators and markets have come to the (real) conclusion that the European economy is doing better than the US.

As a matter of fact, the euro dropped after Donald Trump’s victory in the US presidental elections, once the new president had fuelled a lot of positive expectations. These expectations have not been met. Up to now, Trump has not managed to fulfill even one of his promises in as far as his tax reform or infrastructure investmenty plan goes. The worst thing is that Trump’s presidency is erratic, confused, without any clear objectives. And this is producing a negative effect on the economy, which is growing well below its potential – 2% is forecast for this year.

This, combined with the fact that job creation in the country is weaker than estimated, has created the impression that the Fed is not going to hike rates once more in 2017 and twice in 2018, as was on the cards. But rather that its chair, Janet Yellen, is going to limit the increases to what will be more than likely a small one this year and none next year. And this has meant the dollar is less attractive.

The complete opposite to what is happening here, where over the last few months one piece of good news has been followed by another. Firstly, Brexit has not had the damaging effect that many predicted. And secondly, the populists have not been triumphant as was feared. Emmanuel Macron’s victory in France was galvanising. So much so that since he arrived at the Elysee Palace, euro purchases and capital inflows to Europe have multiplied.

According to Thomson Reuters Lipper, net inflows to investment funds in the European bourses total 23.4 billion euros since May, compared with net outflows of funds from its US peers of some 24 billion.

The European economy is doing better than expected. And better than that on the other side of the Atlantic. For example, the GDP of the EU 28 grew at an annual rate of 2.3% in the second quarter and 0.6% quarter-on-quarter. Some countries are surpassing this. Spain grew 3.1%, Germany 2.1%, Holland 3.8% and Sweden 3.9%. Even the UK grew 1.7%, despite Brexit, which is not bad at all for what they were expecting. Eastern European countries are sprintingahead, with the Czech Republic growing 4.5%, Poland 4.4% or Hungary 3.6%.

At the same time, unemployment is falling very quickly. Over the last year, the jobless rate in the Eurozone fell from 10.1% to 9.1%. The 16.4 million unemployed in June 2016 have declined to 14.7 million in June this year.

So now we know that the euro’s race is based on solid fundamentals and that Europe, the eternal laggard, seems to have come to life, it’s time to start thinking about how to stop the rise. It’s great that everyone likes the euro, but it’s not good if they like it too much. Its increase, since May, seems unstoppable. So much so that no-one thinks it’s going to stop there. And that’s where the danger could be, given that no-one wants to see the euro at, let’s imagine.

And in fact this concern is so strong that it’s hoped the ECB will begin to implement measures. It’s not going to be able to withdraw the stimuli (via bond and other asset purchases) for the time being, given that it would serve to  further strengthen the euro.