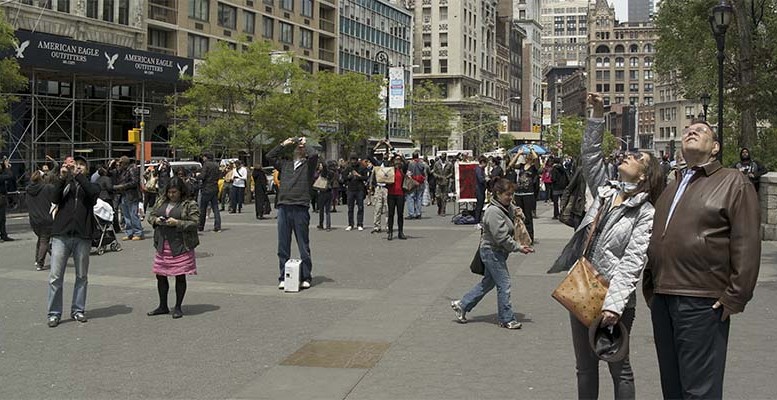 Milton Friedman once wrote (1969) something like a short story about money creation. A helicopter drops banknotes amongst the population: a few lines in an article on how ‘to create’ inflation when the economic policy measures are thought to be exhausted. But years later, those lines have transcended to professional reflections -William Buiter, Adair Turner- and have recently received some support from the possible executing institution (the president and economic adviser of the same). So it is convenient to consider some of the potential difficulties the use of this instrument entails.

In the first place, the creation of money by any independent central bank is determined by macro parameters such as money demand or nominal GDP growth. And it should naturally serve the political objectives that have been entrusted to the institution, for example, price stability. A central bank’s ‘independence’ means that it has legally recognised the responsibility to design and implement the monetary policy deemed as most appropriate for each situation. As is known, a central bank operates through the banking system, influencing the interest rate when it buys or sells securities, or fixing the rates that it will apply to its direct operations with banks.

Any other areas of economic policy are outwith an independent central bank’s control. We have to remember now that since 2012, the German Constitutional Court is considering the ECB’s OMT initiative at the request of various citizen groups which argue that the central bank exceeded its powers: the ECB intends to act ultra vires because the features of the designed programme disqualify it as part of monetary policy. A thorough study by the Bundesbank supported this disqualification. The Corner defended the legality of the programme at the time, and the European Court, answering a preliminary issue from Karlsruhe, argued the bank’s position firmly. The German Constitutional Court has not yet issued a sentence.

But let us not forget the helicopter money and the ECB’s possible role. It is not hard to anticipate that a decision by the ECB Governing Council to distribute HM would appear a few days before the German Constitutional Court. And that would certainly aggravate the Bundesbank as soon as Karlsruhe convenes the experts.

Would the ECB have a legal base as firm as the one that, in our opinion, the OMT programme has? Of course, if the time comes, we will have to analyse the economic and legal structure of the proposed programme in detail, but readers should be aware of the crux of the matter at this point: that way of creating a monetary aggregate, handing out money to each citizen, has parallels in fiscal policy decisions such as a general tax refund. There is an intriguing parallel between the enrichment of each individual via the transferred amount and enrichment via a tax exemption or refund. (From this perspective, K. Vázquez goes further and even questions the TLTRO program. El Confidencial, March 27th).

A difficult position for the ECB

We believe it’s best to interpret what has been explained above. It is definitely not about preventatively subordinating the European agenda to that of German eurosceptics, who, at the same time, determine the Constitutional Court’s decision. But, unlike the OMT case, it can be argued that a decision on HM unveils a possible similarity with fiscal policy decisions, putting the ECB in an awkward defensive position. An institutional confrontation would certainly be the last thing we need in Europe today.

Furthermore, how a generous distribution of HM would influence aggregate demand is not clear. The objective of the measure would not be to provide an occasional “boost,” but to enable the economy to recover its pace on its own. This increase in demand would improve investment expectations, generating a self-sustaining circular flow at a higher level. The key here is to determine whether the effect of the distribution of HM would be sufficient to strengthen economic agents’ expectations and facilitate the quantitative leap to growth.

It is not easy to anticipate the expectations’ game in such a heterogeneous system as the Eurozone, but it is clear that’s where the key lies for the HM initiative not to fade away without a convincing macro impact. Bear in mind that some people, such as German pensioners, burdened by their savings in times of zero interest rates could keep the money in hand. But for less austere countries, such as Spain or Italy, the funds would undoubtedly fuell demand immediately. But the really important effect is the investment variable, which will only play a role if the economic agents anticipate that the increase in consumer demand will be stable. Does this mean that the measure will have to remain until the investment starts generating employment? The effect on prices is crucial, since the ECB cannot lose sight of the 2% (or slightly less) inflation target. It would have to reduce its programme if this objective was in danger. Unfortunately, we don’t know enough to be able to anticipate the expectations game resulting from such an unconventional measure.