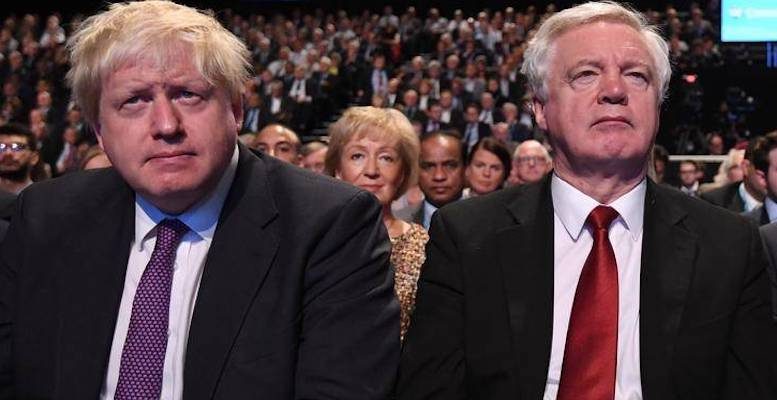 Robin Pettitt via The Conversation | When Theresa May gathered her cabinet at Chequers on July 6, it seemed she would face one of three possible outcomes. Perhaps least likely was the Cabinet agreeing on a detailed and realistic plan that would be acceptable to both Remainers and Leavers in the Conservative Party, never mind to the EU’s 27 member states. Slightly more likely was a welter of resignations among the Cabinet’s heavyweight Leavers. Finally, there was the most likely outcome: that the meeting would produce a fudge which pushed most decisions further down the road.

By the time the Cabinet members emerged from their country house retreat, it looked like May had managed to combine option one with a large helping of fudge, which seemed to be quite a coup for a prime minister not used to success. However, it’s becoming rapidly apparent that the real outcome was May’s nightmare: major resignations, albeit in slow motion.

The departures of David Davis and Boris Johnson clearly rip apart what appeared to be the makings of a fragile Brexit ceasefire among some of the big players in the Conservative Party. That ceasefire has now collapsed into open conflict and chaos. And while it’s foolhardy to make any firm predictions at the moment, it’s clear that May has a major crisis on her hands.

In more “normal” political times, her leadership would be in mortal peril, especially given she lost her parliamentary majority in 2017’s disastrous snap election. (Indeed, any Conservative prime minister who lost their majority in an election called because of massively favourable opinion polls wouldn’t usually last a few days, never mind more than a year.) But these times are far from “normal” – and as it stands, it’s difficult to see who in their right mind would want to take over from May right now considering the mess they would inherit.

Down but not out

That mess is only partly of May’s own making. The main cause of chaos is the near impossibility of creating an agreement on Brexit, and there is no obvious alternative leader who could do better. The gap between Leavers and Remainers is simply too great for that – so provided May does not give up in frustration (which would be understandable) it is unlikely that a serious challenge will emerge.

Boris Johnson might be the most likely challenger, but has not exactly covered himself in glory considering his undiplomatic language about business, declining to make good on his promise to lie down in front of bulldozers to obstruct a third Heathrow runway, and seemingly flip-flopping repeatedly over whether to support May’s plan.

Jacob Rees-Mogg is perhaps a more likely contender, as a supporter of Brexit who seems like he might be perfectly comfortable with a no-deal Brexit. However, he has so shown no signs of seriously wanting to take on the responsibility of the highest political office, and seems happy to keep sniping from the backbenches.

While May is certainly in a precarious situation, the absence of banner-barer leading the charge for a clear and widely supported alternative position to the Chequers deal makes her relatively safe for now. A challenge can certainly not be ruled out, but despite misgivings about the deal, there does not seem to be much appetite for a leadership contest amongst rank and file MPs.

All things considered, especially given she faced no challengers after her humiliation at the 2017 election, May limping on is probably the most likely immediate outcome. But no prime minister this badly wounded can limp along forever.