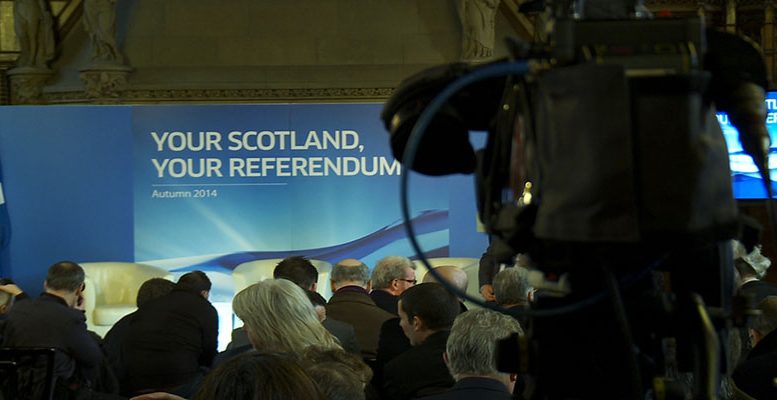 Launch of the 2012 referendum consultation

D-Day for the United Kingdom has arrived. Theresa May will trigger Article 50, starting the divorce from the European Union. Against this backdrop, the PM is facing the threat of a second separation on the domestic front, namely from Scotland, which is not resigned to leaving the EU. In 2014, this country voted to remain in the the UK in order to continue being part of the Union: now the Scottish people feel cheated and are calling for a second referendum to gain their independence.

On 13 March, First Minister of Scotland and leader of the Scottish National Party (SNP) Nicola Sturgeon called for a second referendum on whether Scotland should stay part of the United Kingdom since “there is a significant and material change in the circumstances that prevailed in 2014, such as Scotland being taken out of the European Union (EU) against our will”. Scotland voted overwhelmingly (62%-38%) to remain in the EU last year.

Last Monday, Sturgeon had already asked for the Scottish Parliament’s agreement to seek the legal authority from Westminster to stage a referendum under a Section 30 order (of the Scotland Act 1998).

Sturgeon initially called for the referendum to be held between Autumn 2018 and Spring 2019, but also suggested the timing could be flexible if Brexit negotiations took longer. Many observers suggests a second referendum is not likely until the 2020s and after the next UK General Election in May of 2020.

Would Scotland leave the UK?

Many argued that the economic case for independence was weak in 2014, but it appears weaker today. As David Page at AXA IM Research explains “the fall in oil prices since 2014 has highlighted the reliance of the Scottish economy on oil revenues”. He adds:

Furthermore, economic interests are not voters only consideration. According to current polls, Scotland may lose importance in the Westminster decision-making process. Analyst David Page says:

When Scotland last voted on independence it had 11 seats in the ruling government (10 Liberal Democrats, 1 Conservative) and 40 seats in the major opposition (Labour). The SNP’s landslide gain of 50 seats to a total of 56 in 2015 ended this with only 1 seat for each Conservative, Labour and Lib Dem. With polls currently suggesting Tory dominance and an ineffective Labour opposition, the fact that Scotland has not voted for more than 1 Tory MP since 1992, may leave Scots feeling frustrated at their ability to affect policy in Westminster and underpin a determination for independence.

Scotland’s relationship with the EU

Scotland’s separate future in the EU would be a journey into unknown territory for constitutional law for two main reasons.

Secondly, even with a referendum before the UK left the EU, there would be no guarantee that Scotland could remain in the EU. For AXA IM analysts:

While untested, most believe that once the UK triggered Article 50 it would start an irreversible two year negotiation: the UK could not change its mind mid-way and remain in the EU; it is not obvious that any separate part of the UK would be able to. Scotland may thus have to apply to join the EU as a new entrant (which would also include a commitment to adopting the euro in the future).

In 2014, countries that faced their own secessionist concerns (Spain, Belgium for example) publicised opposition to Scotland’s joining the EU. It is not obvious that this opposition will have faded, however, in the broader context of EU unity in the face of Brexit.