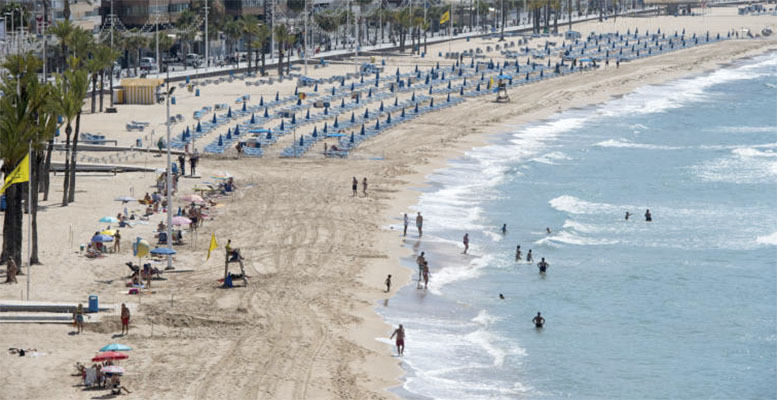 The Minister of Industry, Trade and Tourism, Reyes Maroto, is confident that Spain can recover around 40 million international tourists this year, half the level recorded in 2019, when almost 84 million foreign tourists were counted. “That for the sector would already be an achievement,” said Maroto at the Europa Press Tourism Forum, sponsored by Grupo Hotusa, Renfe and PortAventura. In this recovery, the health passport prepared by the EU for the summer will be a key factor. In fact, the tourism sector expects to recover around 7.5 million foreign visitors once the passport comes into force, which, added to the 19 million that arrived in Spain in 2020, leave the figures still far from those forecasts of 40 million.

The tourism sector’s estimates fit more with the request made yesterday by Brussels to Spain on the restrictions it applies inside and outside its border. The Commission stressed that the European recommendation clearly states that the transmission and risk is similar for domestic and international travel and that states must ensure consistency between the measures adopted for both types of travel. These words from the Commission’s Justice spokesman, Christophe Wigand, after the measures imposed in Spain to limit travel between regions but allow the arrival of tourists from the EU, seem to predict that the recovery of foreign tourists will not be as easy as the government foresees.

In 2019, Spain was the second country in the world to receive the most tourists, after France, with an expenditure of 92.337 billion euros, which was a new all-time high. In 2020 the number of visitors plunged by almost 80%, to 19 million, due to travel restrictions imposed worldwide to contain the Covid-19 pandemic.