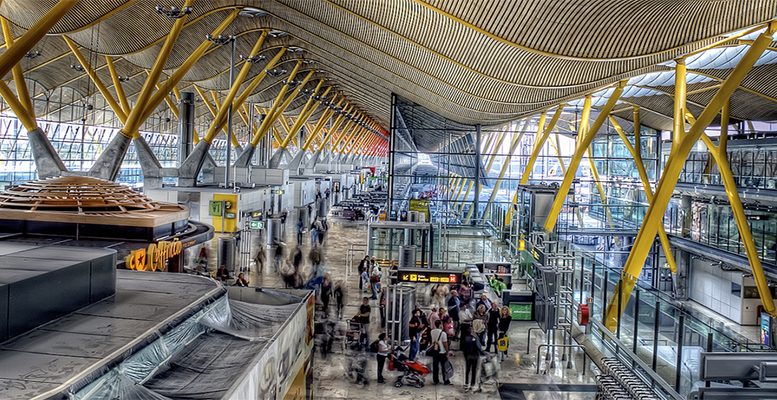 Fernando González Urbaneja | Airports are returning to their pre-covid activity and bursting at the seams. This is not an exceptional occurrence; it is happening in many other public services, for example, in health consultations and the ensuing events (tests, operations, etc.). It was foreseeable, the pandemic reduced staff numbers and accumulated tasks. In the case of health care, it produced delays, both voluntary and forced, which are now returning to ordinary demand and accumulating scandalous waiting lists.

The only reasonable response is to increase services, in the case of airports to reinforce check-in counters and in health centres to increase opening hours and staffing. Waiting lists in some provinces are outrageous, so much so that mutual and private health care is increasing demand and reorganising to serve more clients. The flexibility of private entities is far superior to public ones for known structural reasons that are not remedied.
The public/private debate on this issue is outdated and sterile; the urgent issue is one of efficiency, i.e. responding to citizens in time and quality. Delaying consultations and interventions of medium or low complexity for months, even years, is unacceptable. It is irresponsible to keep teams and operating theatres occupied for half or a third of a day. A more professional and intelligent cooperation between public and private resources to optimise technical and human resources is what citizens demand to meet their needs.

The collapse of Barajas lasted several weeks, and Iberia had to be the one to denounce with transparency and irritation that it had lost more than 15,000 connections due to the collapse of the control systems, because of the absence of trained officials. The spokeswoman sent a message that it was a temporary issue that would be resolved soon, but the missed connections have entailed significant costs and have lasted for too many days. The Home Office did not respond to the problem and will not pay for it. The irresponsible state, the irresponsible managers, are not called to account, they are not even fired. They do not apply to themselves what they demand from others.

The case of the decentralised health system is more serious, it is chronic; it is worse in some territories than in others, but bad on the whole. The effort and professionalism of the health staff is hampered by rigid, obsolete organisational systems that do not think of the citizen. That is why the irritation of these citizens, their unease, is growing and they are going to express it in the elections.