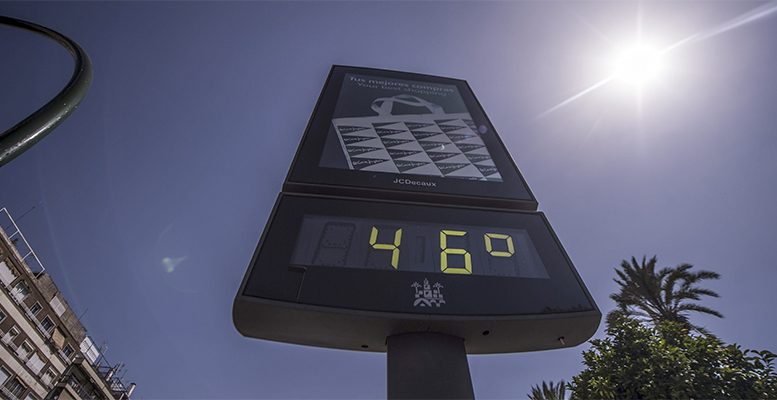 46 degrees Celcius in a street of Cordoba, Andalusia

The recent heatwave in Spain has sent the demand for electricity soaring. Last Friday, there was another record registered in electricity demand for this month of June. According to the national grid REE, at 13:24 hours, 38.835 MW had been used. But the previous day, the threshold of 38.000 MW had already been crossed. REE flagged that the peak of 38.835 MW reached on Friday had not been seen since the middle of January when Spain, and the rest of Europe, was hit by a massive cold spell. On that occasion, demand reached over 41.000 MW. So there is still some room to go, but it’s almost certain that demand will be close to that level this summer.

ACF opinion: The uptick in demand is being translated into a pool price of over 50 euros MWh. The thermal gap is taking ownership of the electricity system. In the absence of hardly any wind energy or water, 40% of electricity demand is being covered by coal and combined cycles. When demand is high, renewables are insufficient. Furthermore, in drought years like this one, the increase in the use of coal almost becomes a neccesity. Without water, or wind, and very little solar energy, the only alternative is to draw on thermal energy because nuclear alone is not sufficient.