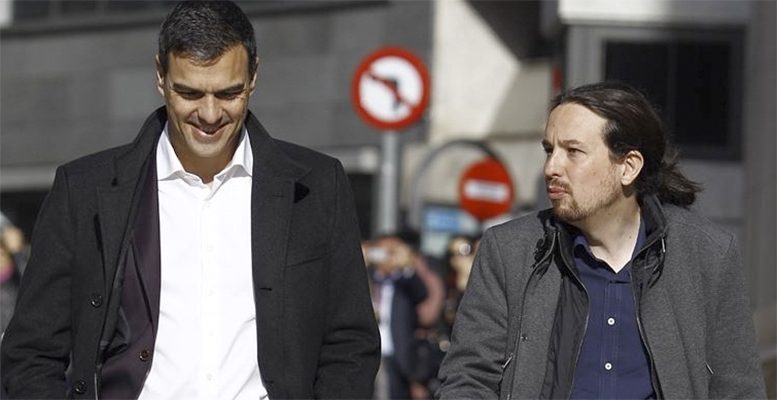 Alvise Lennkh (Scope Ratings) | It is unlikely that the minority government led by the PSOE significantly reduce the structural deficit and debt of Spain, while the proposal for partial repeal of previous labor market and pension reforms could adversely affect employment and sustainability of the pension system.

Pedro Sánchez, leader of the PSOE, benefited from the abstention of the Catalan separatist party ERC to ensure his inauguration as president with a very tight simple majority of 167 to 165 votes with 18 abstentions. He will now lead the first Coalition Government in Spain since the transition to democracy in the 1970s, along with the left-wing Unidas Podemos party.

This government coalition does not have a parliamentary majority and, therefore, depends on the support of other parties to carry out each law, starting with the next general budget, which will be crucial for the credit rating of Spain (currently in A- / Stable).

So far, the agreement between the PSOE and United We, reached before the parliamentary vote on Tuesday, promises to follow a more left-wing agenda, but important details are still missing. Given parliamentary arithmetic, it is also unclear how much and to what extent they will be able to carry out the agreed program.

However, both parties have expressed their commitment to ensure fiscal stability and reduce deficit and public debt levels (the latter currently stands at around 96% of GDP). However, it is not clear to what extent the new government will improve Spain’s structural deficit, which remains the highest in the euro zone, around 3% of GDP.

In general, the policy is likely to focus on increasing taxes and public spending, on the partial repeal of important elements of previous labor market and pension reforms, as well as on the search for a solution to the conflict with Catalonia, which this coalition defines as a political issue rather than a judicial one.

Although all the details have not yet been released, the agreement establishes the intention to increase the income tax for people who earn more than 130,000 euros a year by two percentage points, and by four percentage points for those who earn more 300,000 euros, which would affect approximately 1% of taxpayers. On the other hand, the capital gains tax will also be increased by four percentage points for income exceeding 140,000 euros, up to 27% compared to the current 23%, and the corporate tax will have a new minimum of 15%, while banks and energy companies will have to pay 18%.

In addition, the agreement promises to revoke some aspects of the labor market reforms of the previous government and return to wage agreements with the unions at the sector level rather than at the company level. After an increase of 22% of the minimum salary from 735 euros to 900 euros (paid 14 times a year) in January 2019, the agreement also provides for a new increase to about 1,200 euros, which would mean approximately 60% of the average monthly salary.

If these measures are applied, it is likely that there will be greater labor market rigidity. In the short term, a higher minimum wage can lead to a boost in domestic demand, through higher consumption. However, there is a risk that, in the medium term, these significant increases in the minimum wage are not proportional to the productivity gains of the workers. As a result of this mismatch, at some point, companies, when faced with higher labor costs, could stop hiring staff, especially when the economy is slowing down.

In addition, it is not necessarily true that the limitation of the ability of companies to hire temporary workers, as intended in the proposed agreement, translates into a greater number of full-time contracts. Instead, there is a risk that companies may limit hiring. In this context, it is also unclear what active labor market measures will be applied to address both the widespread use of temporary contracts in Spain, which represent about 22% of all contracts compared to the euro zone average, which is 14%, such as the high youth unemployment rate, which is more than double the eurozone average.

With regard to pensions, there is a risk that the sustainability of the pension system will be adversely affected. Specifically, the coalition agreement proposes the elimination of the current formula that links pensions with life expectancy and the evolution of the Spanish economy, with potentially important adverse derivations for future pension spending.

The next budgets, labor market and pension reforms, as well as the evolution of the dialogue with Catalonia, are the main factors relevant to Spain’s credit rating (A- / Stable). Scope plans to review the rating of Spain in March.