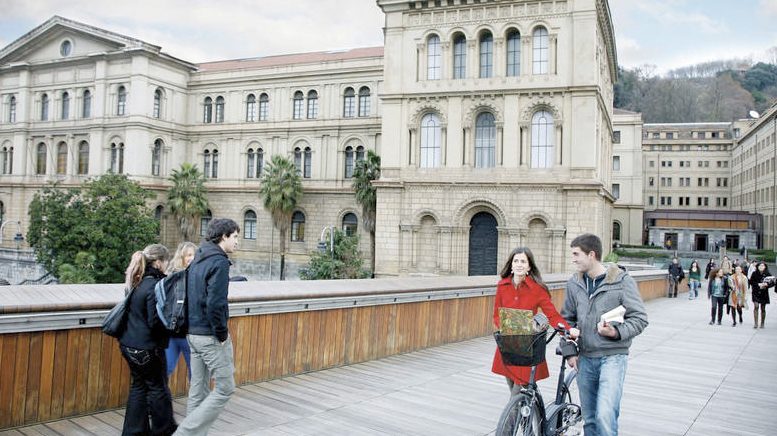 The sixth edition of the study The Economic Impact of International Students in Spain, promoted by ICEX Spain Export and Investment and the association EDUESPAÑA, was presented on Wednesday with the aim of analyzing the benefits of this economic activity not only by measuring the direct expenses incurred by these students, but also by reflecting their considerable multiplier effect.

The findings of the report show that 1,044,898 internationals enrolled at Spanish institutions in the 2018-2019 academic year. Their overall economic impact on the Spanish economy amounts to 3,795,740,732 euros and that the multiplier effect for student spend is 2.27. A multiplier effect of 2.27 indicates that for each euro spent on their academic program, these international students spentan additional 1.27 euros on a broad range of sectors of the Spanish economy.

Enrollment in Spanish language programs is the most numerous, accounting for 47% of the total. IC students completing courses at centers abroad and candidates for the institute’s standardized testing follow, with 27%. The remaining 26% includes master’s, undergraduate, US study abroad, and Erasmus+ students.

Master’s programs remain the category with the largest impact, followed by undergraduatedegrees, Spanish language, US study abroad, and ERASMUS+. Instituto Cervantes’ activities have a negative impact, as the result of the public funding received by the institute which exceeds itsyearly revenue. The highest per-student impact is also that of internationals enrolled in master’s degrees followed by undergraduates. These two categories represent 15% of the international student population, yet they account for 65% of the overall economic impact from the export of education.These findings place universities and graduate professional schools at the forefront of the industry.

Spain has remained a preferred educational destination for international students throughout the past three decades, a trend which continued in 2018-2019. This was also the last academic year before the COVID-19 pandemic impacted the globe, bringing student mobility almost to a dead stop. It is important to employ these findings as a base on which to predict how different categories of programs can best recover, helping Spain regain its place as a privileged global destination.

A 2.27 multiplier indicates a high level of dependance on students attending onsite programs. In all categories, except for master’s degrees, participants spend more on the extra academic aspects of their experience than on their tuition. Even if these categories migrate to strong online components, a lack of internationals arriving in the country will result in immense indirect losses of revenue across industries.

International students and the academic providers that recruit them contribute to the financing of the Spanish taxation system in two ways. First, a portion of their indirect spending (2,122,311,675euros) is subject to a value added tax of 4% to 21%. Second, at least three types of programs (study abroad, language schools, and Instituto Cervantes) hire 7,791 faculty and staff for whom they make payments to the social security administration. If not for the international education market, this highly qualified personnel will likely become part of the unemployed population obliged to survive on public funding.

To these all jobs created as the result of the indirect spending of students in their host communities should be added, including neighborhood cafés and restaurants, grocery stores, gyms, pharmacies, clothing stores, traveland transportation, hotels, etc. It is important that those who have not worked in international education understand that this is not an industry of large corporations. Most stakeholders are mid to small schools, professionals and public servants who believe in the social impact of their work, local businesses, and citizens who profit from internationalization experiences.