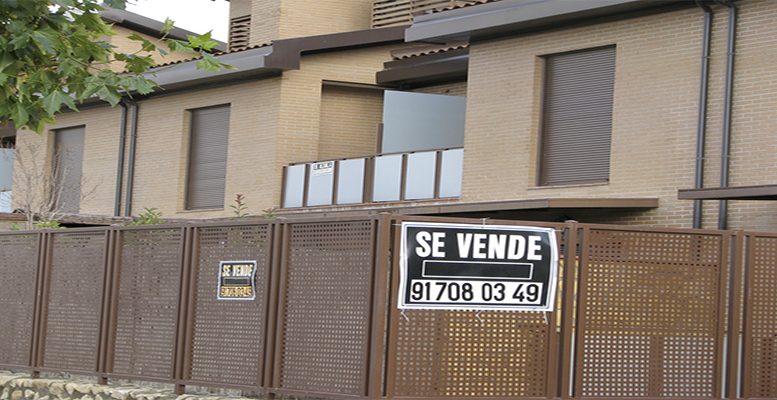 Spanish banks must find somewhere to invest. Their retail credit, for now with a low level bad debts, has been growing at an accelerated rhythm for the last couple of years. But that is where the good news ends. Credit for house purchases, by far the most important component in household credit, and in all private sector credit, continues to fall (2.5% in 2017).

It is true that there is a significant increase in the number and size of new operations, but it is insufficient to compensate for repayments, whose  flow increases as the operations mature. Nor is the credit for construction and real estate companies lively, showing declines of over ten por cent in each of the last three years; these two sectors are still hobbled by bad debt which is still 18% for real estate and 24% for construction (the economic sector which holds the record in this worrying category).

There are indications that Spanish banks are beginning to relax the criteria and conditions for loans to households. This is suggested by the latest bank loans survey by the Bank of Spain, and there are rumours that some banks are beginning to offer 100% mortgages for house purchases. Perhaps, because the memory of the crisis is fading, surviving operators feel more secure, and perhaps will fall again into the trap “this time is different”.

However, this survey is based on opinions. Let’s look at objective data. The LTV (the loan to value ratio) is now 65% , greater than in the dark years of 2009-2013, but still reasonably contained. And the most worrying component, the proportion of operations with LTV higher than the canonical 80%, year after year since 2012, remains in the region of 15-16% (before it briefly rose to facilitate the liquidation of real estate accumulated with the crisis). Thus this important criterion does not seem to have been relaxed to a worrying extent.

The approval criteria for credit hardened when the previous cycle hit crisis. They had to. The question is whether this was an excessive reaction which can be rectified, or if it was a necessary and healthy correction that has to be maintained. Whatever the outcome of the debate, the need to maintain a prudent LTV should not be forgotten, nor the need to examine the ability to pay of each client (the relation between the loan repayments and potential income).

Expansion cannot be based on a relaxation of standards which plants the seed of a future crisis. Perhaps regulatory recognition of the LTV ratio should be reinforced, with appropriate distinctions for the expected risk between first and second homes, and between those for personal use and those for other purposes, to remind the banks of the need to maintain standards at all times. The LTV is already present in the solvency regulation (in the so-called standard model, which is what the major banks use). Its use as a criterion in the regulation of expected losses would generalize, anticipate and reinforce its healthy impacts on the behavior of banks, by affecting something as sensitive as their financial results.

The sword of Damocles hangs over the Spanish housing market: the rise interest rates which must come sooner or later. Financiation is being offered now at an average rate of 1.9%, which produces very comfortable monthly payments. What will happen from the start of next year, when interest rates rise and stop being comfortable? An increase in non-payments seems inevitable, which could result in another wave of evictions. Bad for the indebted owners, and not so good for the banks, because of the problem of carrying out the evictions, and the difficulty of liquidating an unwanted housing portfolio when rising interest rates are depressing asset prices.

But the market is reacting to this problem. For decades practically all operations were done with variable interest rates. But from 2016 those clients who are able to have started to buy insurance: there has been a move towards operations with fixed interest rates, which already amount to 26% of mortgages (operations with very long term revision periods, which gain time to allow a reacomodation with the finances of the debtor, have also increased). This evolution, which combats a fledgling social and macroprudential problem, should be supported.