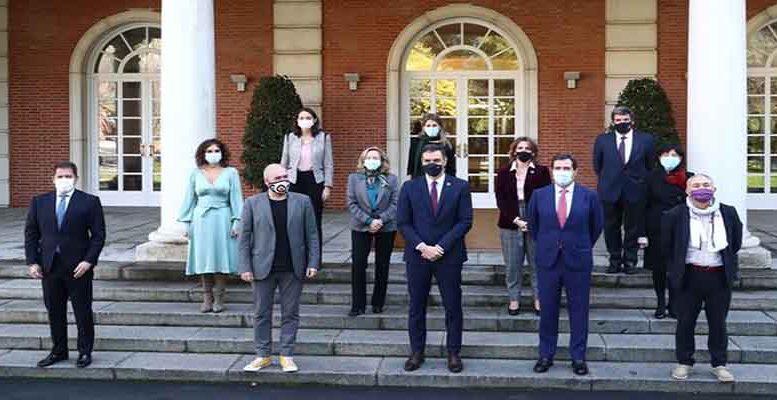 Fernando González Urbaneja | The government has agreed on the labour counter-reform Is this news? The news was the absence of agreement, i.e. the renunciation of the agreement that made the coalition possible. The fact that the agreement is still in force is nothing new, even if a liturgy of tension is staged between the vice-presidents, resolved by the decisive decision of the boss, the resistant one.

Apart from the liturgy of the government’s agreement, we know some ambiguous and even amphibological words, but little content. The spokeswoman has used the concept of “derogation”, which is the mantra of the coalition partners and the trade unions, avoiding the concepts used by the first vice-president: renewal, modernisation. Meanwhile, we have heard Prime Minister Sánchez use all the words quoted according to the audience and the moment.

There is a lot of nominalism and facade about what is being discussed; in the background there is the typical tension going on to gain more power and take it away from others. What the counter-reform aims to do is to give more power to the unions in collective bargaining and even in the organisation of work. Unions today do not need to mobilise as they have an open door in ministries and the capacity to decisively influence regulations.

The empirical evidence is that the Spanish labour system, its labour market, is manifestly inefficient, the worst in Europe and the OECD. And it has been so for decades, with both socialist and popular governments, in a phase of growth and decline. A market that simultaneously produces a lot of unemployment, a lot of precariousness and low wages.

The argument of all the reforms, those that claim to be right-wing and left-wing, liberal and social democratic, is that they have barely modified the labour market, which is both liberal (sometimes) and interventionist (at the same time). And it continues to be tributary to the authoritarian model inherited from Franco’s regime, that of ordinances, expensive dismissals and illegal strikes. It was corrected with temporary contracts in response to a critical stage of unemployment. They arrived with the first socialist government to respond to a crisis, as an exceptional solution, but have remained part of the problem.

The root of the problem lies in the reluctance of employers to sign stable employment contracts and the preference for temporary and unstable contracts. Where recruitment is perceived to be at risk it is limited, with the results we all know.

The government will attempt a social agreement for the counter-reform, dressing it up with many words and little content. And the opposition will argue that it will make counter-reform 2 of counter-reform 1, to the further confusion of employers who will remain reluctant to hire… just in case.