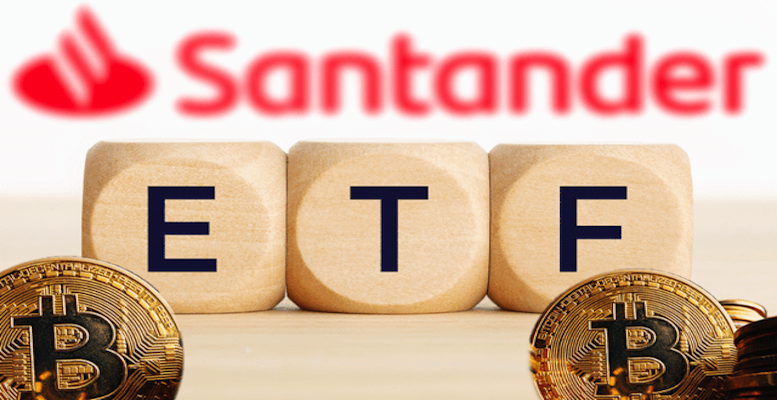 Fernando Alberca | Santander does not want to miss out on the bitcoin boom and other cryptographic projects either. The Spanish bank is finally betting on the Blockchain revolution through funds referenced to bitcoin and, perhaps, to other major cryptocurrencies. These ETFs will most likely be futures ETFs, which does not involve buying bitcoin or cryptocurrencies, to back the fund, in the style of the two ETFs (ProShares and Valkyrie) that have recently been approved in the US.

The strong demand from Santander customers to invest in bitcoin seems to have played a role in the bank’s decision. However, Santander was not the first major Spanish bank to facilitate investment in cryptoassets. Since last June, BBVA has already had a bitcoin trading and custody system in operation, albeit exclusively through its subsidiary in Switzerland, where legislation on cryptoassets is clearer and more advanced.

Santander is thus following in the footsteps of investment banks such as BNY Mellon, Morgan Stanley, Goldman Sachs, JP Morgan and investment funds such as BlackRock.

Santander’s decision adds a small step forward in bitcoin’s quest for widespread adoption as a store of value and as an exchangeable currency. The high inflation rates that are already on the horizon may pave the way for bitcoin to establish itself as a global store of value to the detriment of gold. If bitcoin, the so-called “digital gold” or “gold 2.0”, were to replace physical gold, which is already losing a small part of its capitalisation, this would mean that each bitcoin unit could reach a price of more than $500,000 in a few years.

So far in 2021, bitcoin has appreciated by more than 100%. It started the year at $28,000 and the current price is around $62,000. And its track record is unparalleled: bitcoin has been the best performing asset for nine of the last eleven years and its annualised appreciation has outperformed the next best performer, the Nasdaq, by a factor of ten.