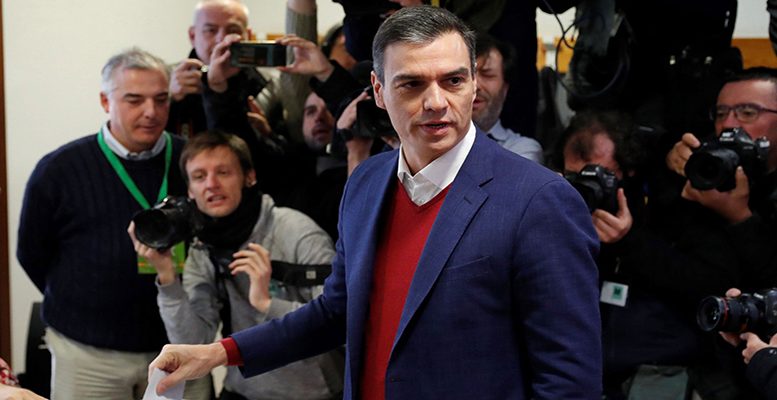 Fernando G. Urbaneja | For forty years (1977-2016) Spanish democracy was a symbol of stability and predictability. Two main parties, PSOE and PP, governed each one at a time mostly for ten legislatures and as many stable governments. But this model has weakened over the past four years with three failed legislatures. Then came the provisional governments headed by Mariano Rajoy (conservative Popular Party) and Pedro Sánchez (Socialists), who were unable to form stable majorities and even approve budgets. And four elections in four years.

Pedro Sánchez will be the president who failed successively at obtaining confidence at his investiture. He became prime minister through a motion of censure to Mariano Rajoy in June 2018 and after calling elections in April and achieving an insufficient minority he failed to form a government. Then he exhausted the deadlines and was forced to call new elections -which have resulted in a more complicated political map than the previous one.

The novelty now is the emergence of a shamelessly far right party (VOX), with similarities with the French National Front, the Salvini League in Italy, the government of Viktor Orbán in Hungary… VOX has broken the right wing in Spain and the Popular Party by obtaining 15% of the votes and 52 seats (out of 350) Until November 10 the third party was Ciudadanos (C’s) a centrist, liberal new party. Now this third position will be occupied by VOX with exclusive arrogance. All other parties (except nationalists) lost votes and seats.

If governance was difficult before and leaders apparently lacked the ability of forming stable alliances, now the picture is even more complicated. In fact all the leaders except VOX and the separatists have failed, although no one admits it nor takes responsibility.

Without a government Spaniards would have to vote again, the third consecutive time in a year. Since this is unacceptable, leaders will have to apply lateral thinking, making new pact schemes that could include even new, independent and agreed candidates, with agreed programs, to get Spanish politics out of the mess, giving time to the parties to solve their problems and call new elections in 2021.

Negotiations to secure a majority should start immediately. Except for a very unlikely Great Coalition, other pacts will lead to an unstable government. The thesis of mediocre governments that describe democracies these years is perfectly fulfilled in the Spanish case. Very mediocre leaders unable to excite and motivate voters.