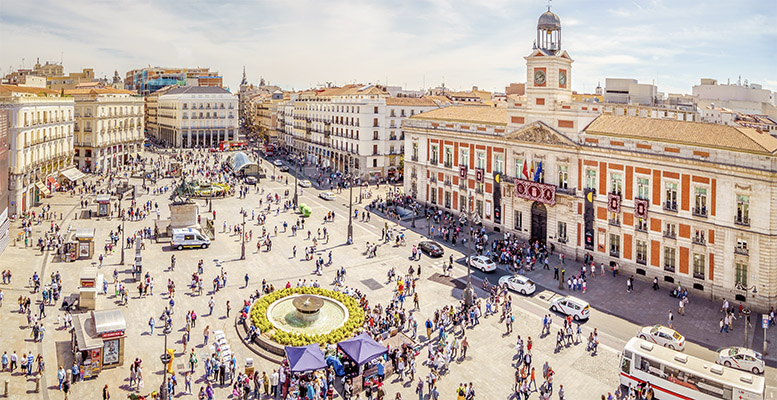 Intermoney | There are important reasons for maintaining a prudent attitude with regard to the Spanish economy, situating its full recovery in the year 2023. This would mean that we would lose more than a decade of the fledgling 21st century. On the other hand, there are also reasons to hope the recovery will eventually take shape and not be too far off. These include the encouraging development of the COVID-19 vaccines, the decisive response from the ECB and the EU, and a lesser impact of the crisis than feared on large European partners and customers.

The current economic crisis will bring with it a complex recovery and leave Spain facing important consequences. For example, the increase in inequality without having returned to the levels existing before the 2008 crisis. This will take its toll on the economy in the medium term. However, what will really be a concern is the significant increase in public and corporate debt, since this time round household debt will not be the big issue. At end-June, public administration debt reached 1.29 trillion euros, equivalent to 110% of Spain’s GDP, and the trend is upwards. In fact, it is quite likely that Spanish public debt will end up at around 120% of GDP in 2020. This is a worrying figure as it implies the fiscal margin to face new periods of instability is exhausted, while at the same time reflecting the need to clean up the public accounts in the future. However, this would be a latent risk given the support from the ECB and the EU, in addition to Brussels’ temporary laxity towards national finances.

However the increase in non-financial companies’ net debt already represents a real burden for Spain’s economic activity. In the first quarter of 2020, this was timidly reduced to 905.149 billion euros, although the fall in activity took its weighting to 73.1% of GDP. This figure would have already exceeded 80% in the second quarter, since the collapse in income would have forced many companies to resort to debt to survive. So the problem lies in the fact that, with the uncertain future for income, the increase in the debt burden will reinforce companies’ prudent stance when it comes to spending, hiring and investing. In the case of investment, this will be reinforced by the low use of installed capacity which, for example, is slightly above 70% in the Spanish manufacturing sector.

Spain’s productive structure, with an economy based on services in which tourism acccounted for just over 12% of GDP until the new disease arrived, will continue to make us more vulnerable in the short term. At the same time, we have to assume that part of the destruction of employment and the productive fabric will be permanent. The weakest companies are disappearing. And COVID-19 has precipitated a greater efficiency which, in other circumstances, would have taken a few years longer, allowing for the labour market’s transformation and the emergence of new activities.

For example, e-commerce in the euro zone grew 16.0% on a yoy basis in July compared to 9.9% in the same month in 2019. The costly management of cash payments has been reduced and companies have accelerated their plans to increase efficiency. As a result, it will be difficult to fully recover the hours worked which dropped by 24.8% yoy in Q2’20 and this will condition consumption. In practice, the increase in demand for goods and services will outpace the strengthening of corporate labour resources. The reality is that going to work implies the consumption of certain goods and services and, suddenly, a part of the population has stopped consuming them. Under other circumstances, the freed up resources would surely have been used for other purposes. Meanwhile the existing economic uncertainty, combined with the social prudence of part of the population and the limitations on consuming certain services, means that a large part of them are earmarked for fattening savings.

However, there are reasons for hope. The development of the COVID-19 vaccines is encouraging. Furthermore, the mere fact they would begin to be administered in countries such as the United Kingdom or Germany would imply an important boost for our tourism sector, still characterized by its quality and competitive offer.Then the return of tourists in the coming years can be discounted. Secondly, the response given by the ECB and the EU will translate into a clearly expansive fiscal and monetary policy in 2020 and 2021 and still favourable in 2023. Finally, the impact of the crisis on major European partners and customers has been less than feared, which is vital in an area as inter-related as the EU. So, as we highlighted, there are still difficult times ahead, but there are reasons to expect a return to pre-crisis levels of activity in 2023.