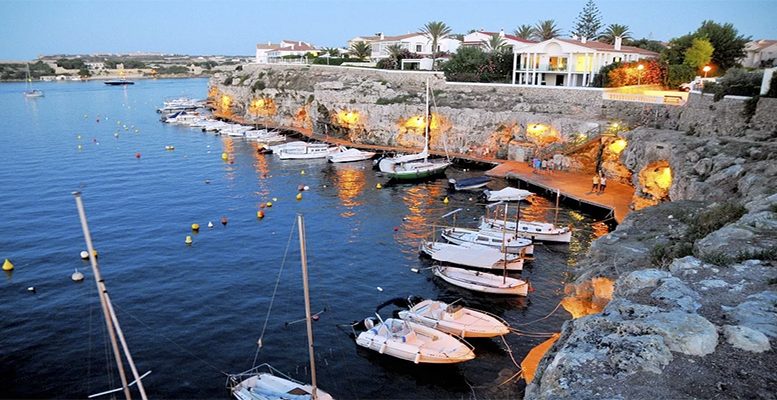 Caixabank Research | The fact that Spain is the second largest tourist destination in the world is not by chance. This prime position is the result of many factors, such as a diverse supply, good quality infrastructures, competitiveness prices and perceived security and safety. Of all these factors, Spain’s geographical location has historically been key to the development of its tourism industry: besides warm temperatures throughout most of the year, Spain is located in the region where most tourists come from in the world (the European continent accounts for 48% of the global outbound tourism, according to data from the UN World Tourism Organization, UNWTO). However, Spain is not the only destination that benefits from this privileged geographical location since many countries around the Mediterranean, throughout southern Europe, the Middle East and North Africa, have also significantly developed their tourism industries. So much so that the Mediterranean basin has consolidated its position as the world’s main tourism hub, recording 269 million international tourist arrivals in 2018, 19.7% of global tourism.

Our definition of the Mediterranean basin is made up of Spain, Italy, Slovenia, Croatia, Bosnia and Herzegovina, Montenegro, Albania, Malta, Greece, Cyprus, Turkey, Lebanon, Israel, Egypt, Tunisia and Morocco. France is not included in the region due to its relatively small share of tourism on the Mediterranean coast (Côte d’Azur) with 14% of the national total. Since 1995, the Mediterranean region has been growing almost continuously at an average rate of 4.9% per year. The only exceptions were 2009, because of the global financial crisis, and 2016 because of the strong upsurge in internal instability in Turkey and Egypt. According to UNWTO estimates, in 2019 the Mediterranean tourism industry continued to attract more tourists, growing by 5.8% compared to 2018 and strengthening its position as an international tourism hub.

From a local perspective, the Mediterranean region is largely made up of well-established markets such as Spain (30.4% of the total), Italy (21.6%) and Greece (10.1%). On the other hand, the presence of emerging tourist destinations is also significant, such as Turkey (14.0%), Croatia (5.8%) and Albania (1.7%). The fact that there are both mature and emerging markets encourages competition between the incumbent and burgeoning tourism industries, the latter tending to gain market share at the expense of the former. However, this environment of winners and losers is tempered by the region’s high tourism growth so that the well-established markets have continued to grow in absolute terms despite losing some of their share in the region.

The new competitive situation in the Mediterranean

One of the factors affecting the trend in the Spanish tourism industry in recent years has been the situation in Egypt, Tunisia and Turkey. Spain’s boom in international tourism between 2011 and 2016 coincides with a long period of instability suffered by Egypt and Tunisia following the Arab Spring of 2010, as well as the episode of insecurity suffered by Turkey between 2015 and 2016. During this time, the perceived lack of security and safety by tourists reduced tourism’s growth capacity in these three countries, to the point that the volume of inbound tourism fell at an average annual rate of 4.2% between 2011 and 2016. This reduction in competition for Spain helped its number of international tourist arrivals to rise at a considerably fast rate of 6.1% per year.

This beneficial situation for the Spanish market came to an end in 2018. Egypt, Tunisia and Turkey once again posted record levels of inbound tourism, growing annually by 15.6% as a whole. The competitive environment of the previous years altered once Egypt, Tunisia and Turkey re-entered the tourism scene. The question now is which countries are going to be most affected by the recovery of these destinations and to what extent.

To answer this question and understand the dynamics of the competition in the Mediterranean basin, we carried out a simple exercise that examined the correlation between the changes in market share of international tourism for the region’s different countries. The aim was to understand which competitors lose demand when a given country gains market share in the Mediterranean.

The results of this exercise can be seen in the following table, which reveals three key points:

1. Spain’s main rivals are Turkey and Egypt. In fact, the degree of competition between these three countries is the highest in the region. On the other hand, we can see that Tunisia poses less of a threat than these two countries, so it would not seem entirely accurate to refer to Turkey, Tunisia and Egypt as a whole when talking about Spain’s rival markets, as is traditionally the case.

2. Turkey, Egypt, Tunisia and Morocco make up a competitive front for all southern European countries.

3. Competition between the countries in southern Europe is very slight. In fact, there is a tourism hub effect in the region, as their market shares tend to increase or decrease together. In other words, competition between Spain, Italy, Croatia, Cyprus and Malta is only slight or zero.

Having analysed the competition in the Mediterranean and, more specifically, having identified Turkey and Egypt as Spain’s main rivals, it is useful to look at the growth dynamics of these rivals and how this has affected Spain’s capacity for growth.

In the first decade of the 21st century, there was a boom in the tourism industries of Turkey and Egypt, going from 9.0% of the Mediterranean’s inbound tourism in 1999 to 23.1% in 2010. As can be seen in the following chart, according to our estimates the high growth these countries experienced diverted about 8.3 million tourists who would have otherwise come to the Spanish market. On the other hand, the deterioration in Turkey and Egypt’s competitiveness between 2011 and 2016 contributed to Spain’s extraordinary growth of 7.8 million international tourists. Finally, our estimates suggest that these tailwinds dissipated in 2017 and 2018, and competition with both countries once again reduced Spain’s growth in terms of inbound tourism (diverting 3.5 million tourists).

In 2019, the number of tourists visiting Turkey and Egypt continued to grow strongly, according to estimates by the World Travel and Tourism Council (WTTC). Specifically, the Turkish market grew by 12.8%, while the Egyptian market expanded by 17.8%. In addition, one of the sources of tourism growth in these two countries was the increase in German tourist arrivals in Turkey and German and British tourists in Egypt, two nationalities that account for about 35% of Spain’s inbound tourism. According to our estimates, this considerable growth in tourism in Turkey and Egypt may have diverted around 2.3 million tourists who would otherwise have visited Spain. We therefore estimate that, in 2019, Spain’s inbound tourism grew at a contained rate of 1.1%, a figure that would have reached 4.0% without the effect of the competition from Turkey and Egypt that year Although Turkey and Egypt are Spain’s two biggest rivals, they are not the only ones. An analysis of the outlook for other competitors such as Tunisia, Morocco and Israel may also provide some useful information. According to the WTTC, international tourism growth forecasts point to vigorous growth in these three markets in 2019. Spain can therefore expect its competition to get tougher, both due to the recovery in its biggest rivals and also the growth in the rest of its smaller competitors in the market. This will limit the growth capacity of Spain’s tourism in volume terms. Consequently, given the strong growth experienced by the Mediterranean region, supported by its emerging markets, Spain’s tourism industry will attract a smaller share of these flows of new tourists arriving to the Mediterranean basin in the coming years.

In conclusion, the new competitive environment in which the Mediterranean basin finds itself will affect the growth of Spanish tourism in the future. Nevertheless, the growth capacity of Spain’s industry is not in question as the pillars on which its leading position has been built are still very solid. It should be noted that Spain continues to be the most competitive tourist destination in the world, at some distance from its rivals in the Mediterranean.5 Given this situation, focusing on growth through higher quality tourism is one of the keys that can ensure good long-term health for the sector, something the Spanish tourism industry itself has been pointing out for several years.

*You can read the entire report here