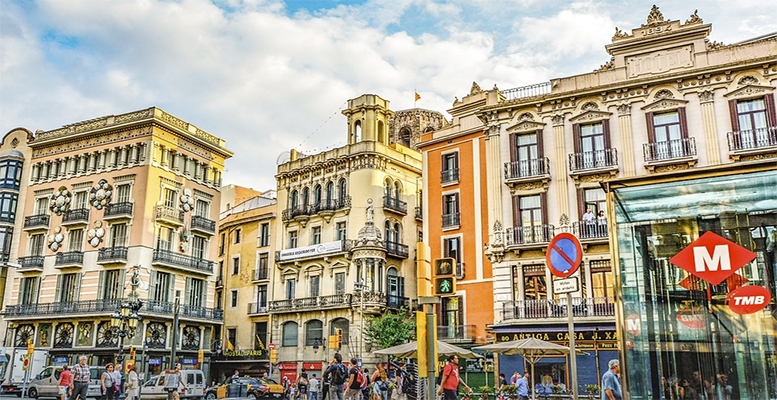 Streets of Barcelona. Catalonia's housing stock has the highest value in Spain

The housing stock in Spain would be estimated at 4.1 billion euros in the hypothetical case that all the homes were now on the market, which is a figure over three times higher than national GDP (1.2 billion). This is according to a study by the real estate website Idealista, in which all the houses recorded in the property register are valued at current prices.

By provinces, Madrid is the one with the highest valued real estate park, followed by Barcelona, where the sum of all existing homes would reach 595 billion euros. At the opposite end are Soria, where the amount of all its homes would total just 7.4 billion euros, and Teruel (with 9.7 billion).

If we analyse the figures by cities, the highest value can be found in Madrid, with a real estate park worth 430 billion euros, followed by Barcelona (250 billion) and Valencia (72 billion). In fourth position is Seville (58 billion euros) and then the city of Malaga (51.3 billion).

Amongst those markets which are not capitals of a province, Marbella stands out, where housing stock reaches 38 billion euros, followed by Vigo (25 billion) and Gijón (22 billion).

In the same way, Idealista flags that in the hypothetical case the entire Spanish housing stock were to be rented, the monthly rent which would have to be paid today would amount to 18.7 billion euros per month.