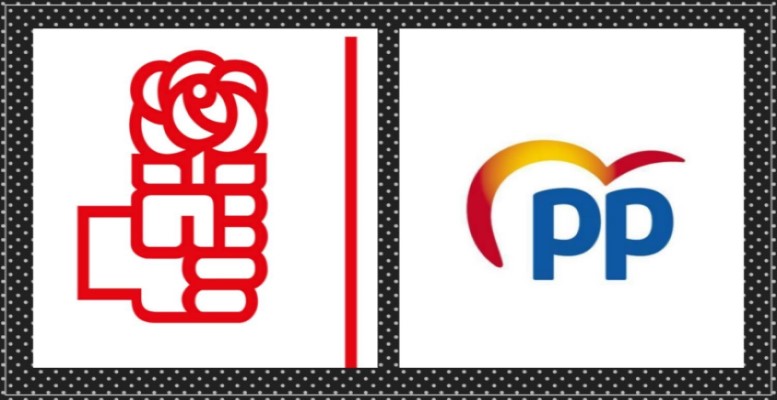 Spanish democracy has consolidated through a bipartisanship with two central governing parties: PSOE and PP

Fernando G. Urbaneja | The Spanish government, social-communist according to its 2nd vice-president Pablo Iglesias, hopes for continuity until the end of the legislature (December 2023). But it is showing internal tensions more typical of the confrontation between government and opposition than of the internal debates typical of a coalition government. All this in the midst of an unprecedented health and economic crisis, in the face of which the government’s performance ranges from mediocre to very poor. The government has in its favour for lasting the course that the performance of the opposition is as disappointing as its own; an opposition burdened by divisions and internal crises which it fails to overcome, accentuated by the inability to overcome the old mistakes (more than mistakes) that it wanted to bury.

This situation leads voters to opt for the lesser of two evils and not change in case it gets worse. Proof of this are the polls which, although they lack relevance when the elections are far away, reveal a disappointed citizenship, not very mobilised and without appreciable changes in the intention to vote. The two main parties are, more or less, where they were a year ago, in the last elections at end-2019.

For forty years, from 1976 to 2016, Spanish democracy has consolidated political and institutional stability through an imperfect bipartisanship with two central governing parties: PSOE and PP, each with their respective leaders.

The Spanish model is not exceptional, it does not constitute a Spanish-style democracy, but rather a European-style democracy. This is the one that has worked since the post-war period in countries such as France, Germany, the United Kingdom, Italy… Two central parties, conservative and social democratic, capable of governing with or without the support of third parties. The electoral system, majority (British or French) or proportional (German or Italian), which have obvious consequences for the forms of government, does not hinder the two-party model.

However, the first economic-financial crisis of the 21st century (2008-12) weakened the model. It blew up in France and Italy when the social democratic and conservative parties (neo-Gaullist or Christian Democrat) disappeared and were replaced by other new formations with more or less populist biases. In Germany, the model has held up thanks to the leadership of Chancellor Merkel. She has managed to maintain confidence in her Christian Democratic Party (CDU), although with the collapse of the Social Democrats (replaced to a large extent by the Greens), bled by the left and the center, without losing sight of the journey of some traditional voters towards the extreme right.

The British case presents peculiar factors linked to Brexit and Scottish independence. The two traditional parties, Conservative and Labour, are managing their own identities in their own way with sharpened and unresolved internal tensions.

In the Spanish case, the changeover of the political system is at a half-way stage. The imperfect bipartisanship entered into crisis after the European elections of 2014. However, it resisted the onslaught as both parties maintain the status of governing parties despite the emergence, to their left and right, of competing alternatives that have not managed to overwhelm them.

Between 2014 (European elections) and the last general elections (December 2019) there have been six elections in which the sum of the bipartisanship oscillated between 45 and 55%. This has been insufficient to form a monocolor government but sufficient to prevent a government from being formed without one of the two traditional parties exercising as dominant in any coalition and holder of the presidency of the government with exclusive powers to establish a government and dissolve the chambers.

With an electoral support of around 30% of the votes (for the most voted party) and around 50% of the sum of the two parties (compared to more than 70% during the previous forty years) both parties continue to be essential to govern. Both still have a social and electoral base to survive despite their evident management errors which have forced them to re-found themselves or, at least, to appear to have done so.