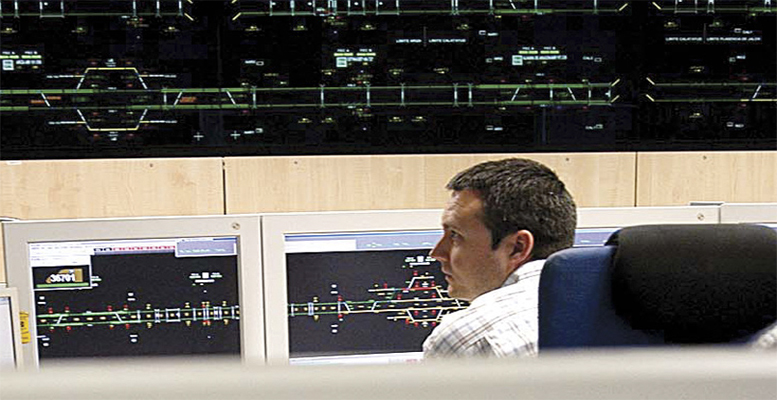 CaixaBank Research | Imagine a group of friends discussing current affairs in a bar. One of them exclaims: «The other day I read that computers are now able to identify pictures making fewer mistakes than a human being!» This would likely be followed by other examples about the world of possibilities offered by new technologies. It is also very likely that many of us have had a conversation like this one, which shows the extent to which we are surprised by technological advances, as well as the magnitude of their economic and social impact.

Beyond this anecdote, the question before us is whether this impact is of the magnitude it appears to be and, consequently, whether new technologies have the potential to give a boost to the future growth of the Spanish economy. In this article we will see that new technologies have indeed favoured the growth of Spain’s labour productivity in the past and that they could do so again in this new technological era we are entering.

An initial analysis of the relationship between the degree of penetration of new technologies and labour productivity shows that there is a positive correlation between the growth of the two variables in the past 20 years. In addition, this correlation appears to be more pronounced among economic activities in the services sector (see first chart).

A closer look at the key determining factors of productivity

Unfortunately, the chart we have seen above offers an incomplete analysis of the issue. The reason for this is that there may be other factors which are making a positive contribution to growth in productivity but, at the same time, have a positive correlation with the degree of penetration of new technologies. By way of example, imagine a world in which a sector’s productivity depends solely and exclusively on the education and training of its workers, and that in sectors with more qualified workers there is a higher incidence of new technologies. In this example, the correlation between advances in new technologies and labour productivity would be positive, but this would be as a result of the level of education and training of each sector’s workers, not the result of new technologies.

To take this into account, we conducted a more complete statistical exercise in which, in addition to considering variables such as labour productivity and new technologies for each sector, we included in the analysis other variables that might influence the results, such as all other categories of physical capital. The key variable of our analysis is the elasticity of growth in labour productivity relative to the growth of capital in new technologies. Put simply, this is the sensitivity of productivity growth to a 1 pp increase in the growth of capital in new technologies.

The results of the empirical analysis (see second chart) show how, in the aggregate case, we obtain an elasticity of around 0.12, which is by no means negligible. As an example, suffice to say that the estimated elasticity of the «rest of capital» factor – i.e. all categories of capital stock not classified as new technologies, which includes elements that are as important for a country’s productivity as industrial plants and all kinds of machinery – is 0.26. Nevertheless, this aggregate result hides significant disparities between sectors, with elasticity varying between 0 and 0.25. As one might expect, the highest elasticities are associated with the two groups of sectors that we classify as high tech.

The role of capital in new technologies in economic growth

Having obtained an estimate of the impact new technologies have on labour productivity, we conducted an exercise that shows more clearly the importance of this form of capital for the economy. Specifically, we break down the growth of labour productivity into three factors: the contribution from capital in new technologies, that of the remaining capital – the sum of both constitutes the total stock of physical capital in the economy – and that of the residual component, which we refer to as «other». This latter category includes elements ranging from human capital to openness to trade, temporality, and other factors that fall under what is referred to as total factor productivity (TFP).7 We show the results in the third chart.8

With regard to the first element, it should be noted that the average annual growth of this component over the aforementioned period was much higher than that of the «rest of capital» component: 6.1% versus 1.3%, respectively. As such, although the elasticity of the capital in new technologies is lower than that of the rest of capital, its high growth explains its significant contribution to productivity growth. On the other hand, the negative contribution to the growth of labour productivity during this period from the «other» component is consistent with other estimates that show a negative contribution from the TFP.

Looking at the contributions to growth by sector in greater detail, we see some very different results. If we compare the rates of labour productivity growth, the two sectors that stand out the most are those classified as high tech, both for the industrial and the services sector. However, the sources of growth have been very different between one and the other. While in high tech services the main source of growth has been the growth of capital in new technologies, in the case of high tech industry, capital in new technologies has had a more modest contribution. In contrast, the services sector classified as low tech hardly experienced any growth at all in its labour productivity during the period in question. That said, this was due to a negative contribution from the residual «other» component, which was offset by the contributions from the growth of both types of capital. Finally, the growth in the productivity of the low tech industrial sector is mainly explained by growth in the «rest of capital» category.

Can we expect new technologies to provide a new boost to growth?

Before delving into conclusions, we want to provide the reader with a theoretical exercise aimed at answering the question we raised at the beginning of the article: to what extent can new technologies act as a spur for European economic growth, and in particular for Spain? In previous Dossiers we have explained that the global economy is facing a period of lower productivity growth than in other historical expansionary periods. This section offers some scenarios that allow us to consider the extent to which the introduction of these new technologies can spur the growth of labour productivity in Spain.

We consider two scenarios. The first, more pessimistic one assumes that the growth of capital investment in new technologies will be half that historically observed in the period 1996-2016, while the second, more optimistic scenario assumes a growth that is 50% higher than the historical average (see table).

A 50% increase (optimistic scenario) in the growth of investment in new technologies relative to the historical average would entail a boost to productivity growth (and, therefore, to GDP) of slightly more than 0.3 pps per year. While this growth differential may seem small year on year, accumulated over a 10-year period it means that GDP would be 3.5% higher compared to a scenario where investment in new technologies evolves in line with the historical average. In terms of GDP per capita, this would be equivalent to a difference of around 1,250 euros.

This optimistic scenario we have just presented may even prove to be conservative, if we consider that the potential of new technologies may be going through a transition phase in which businesses and consumers are still learning how to use them efficiently. This means that, in the future, the productivity growth associated with investments in new technologies could be greater than in the past, as applications are consolidated, new business models mature, workers’ training improves and productive factors are reallocated. Therefore, our exercise may even be underestimating the impact of new technologies on future economic growth by taking as a benchmark a period of time that could entail a technological «transition».

In conclusion, taking into account the results presented in this article, should we continue to make advances in the use and diffusion of new technologies in order to boost economic growth? In principle, the answer is «yes», but let us remember that the first article of this Dossier pointed out that, besides its positive impact on productivity, new technologies can have disruptive effects for the labour market (in the form of job destruction) and for the productive structure (by favouring the emergence of supercompanies). A response with all the necessary nuances thus requires an analysis of these other dimensions, to which we will devote a future Dossier.

Now, if we focus on what we have learned in this empirical analysis, it is undeniable that the introduction of new technologies has had a significant impact on labour productivity in Spain over the last two decades. This impact is not homogeneous across sectors, but rather it is greater in those which produce goods and services that are considered high tech. Even so, at the aggregate level for the economy as a whole, the effect has been considerable: in the absence of investment in these technologies, labour productivity in Spain would have been practically stagnant during the period between 1996 and 2016.