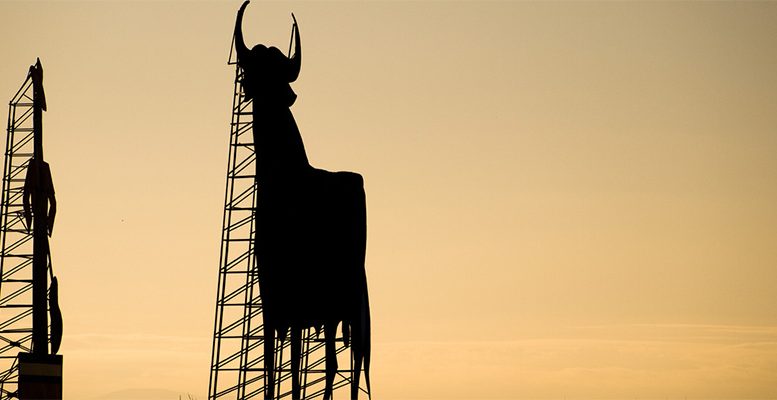 Down Ward pressure on growth and job creation

On Wednesday after the elections in Andalucia I spoke to a self-assured Basque businessman linked to the food market who sells much in the domestic market, but who also exports. He surprised me:

“The results in Andalucia don’t worry me. They are logical. After so many years the socialists had to fall, there will be problems in forming a government, but it won’t sink the world and the far right has grown more in other European countries. We are doing reasonably well. It´s true that the global economy is slowing, we will notice it – those of us who are out in the world – but a slowdown doesn’t have to end in a recession, and a recession is not a crisis like 2008. We’ve been without a government with a stable majority since 2015 – they said it was a disaster – but nothing has happened and they´ve been very good years.”

The optimism of the this non-nationalist Basque businessman surprised me. And it surprised me more because this diagnosis from the trenches coincided with a strictly off the record analysis that one of Spain´s most brilliant macroeconomists had given me a few days before:

“Look, the economy began to grow in 2014 and it has not stopped. Neither the repeat of elections in 2015 and 2016, nor the lack of a stable majority for Rajoy nor the minority government of Sánchez. The Spanish economy is a beast and political news does not stop it as much as it excites journalists. What could slow it would be a fall in exports or domestic consumption or investment, There is a slowdown of exports, but domestic consumption and investment are compensating.”

He then justified his optimism with the latest fiscal data which confirm his analysis. There is growth, not only in employments – as until recently – but also with an increase of salaries as shown by the income tax returns.
For public administrations as a whole (not including town halls, which are not a problem) the deficit has reduced by no less than 22% in the first three quarters. Public spending has increased more than in recent years, 4.2%, but incomes have increased at even greater rate of 8.4%. Hence the reduction of the deficit, which for the first nine months has been 1.53% of GDP. This guarantees that it will end the year at 2.7% of GDP, the level agreed by the new government with Brussels and four decimal points below the level for 2017 (3.1%). Thus Spain will exit the procedure for excessive deficit as it will be below 3%.

The dynamism of the economy is seen more clearly in the figures for the state subsector. Incomes until October have grown 9%. The increase in income tax of 11% stands out, which indicates more employment and higher wages, and the 15% increase in corporation tax, which shows how well companies are doing.In this way the state subsector´s deficit is 0.69% and 8.348 billion, a fall of no less than 36.8% compared to 2017. And this is despite the increase in spending, and in particular the spending on public investment, which has grown by 5% compared to a fall in the same period in 2017.

The good employment rhythm and increase in salaries is also confirmed by the 5.41% increase in social security income. The fiscal data for the first ten months (including October) thus confirm that domestic demand is growing strongly and compensating the reduced export activity, as indicated by the national accounts for the first three quarters.

Could the economy´s strong performance be stopped by the results of the elections in Andalucia? Not according to the thesis of the Basque businessman and macroeconomist we´ve been discussing, although the fact that political instability has not punished the economy so far is no guarantee for the future. The Andalusian results will not increase confidence in the Sánchez government, which was already weakened by the impossibility – if the Catalan separatists maintain their veto – of approving the 2019 budget. And the future could get more complicated. In May there are important municipal, regional and European elections, whose outcome is very uncertain. And the general election will be – at the latest – at the end of the year.

What would happen then if in parliament there is no majority of left or right – as many polls say – and we have to return to minority government or a government unable to adopt major measures and without a budget indefinitely?

The worst hypothesis would be that the repetition of elections would not only not permit forming a government majority, but would exacerbate the tensions between the right wing block, formed by the PP, Ciudadanos and Vox, and the rest of the parties of the left or centre left, who see Vox as the far right. Or even worse a clash between some kind of National Front and an imitation of the Popular Front?

This is something that not long ago seemed impossible, but that now only seems improbable. We should not over dramatize, but the Andalusian result does not incline us towards optimism, and we should not rule out the possibility that a political sphere dominated ever more by conflict could negatively affect the economy. Even if up until now it has not happened. As the saying goes, the pitcher goes so often to the well that in the end it breaks.