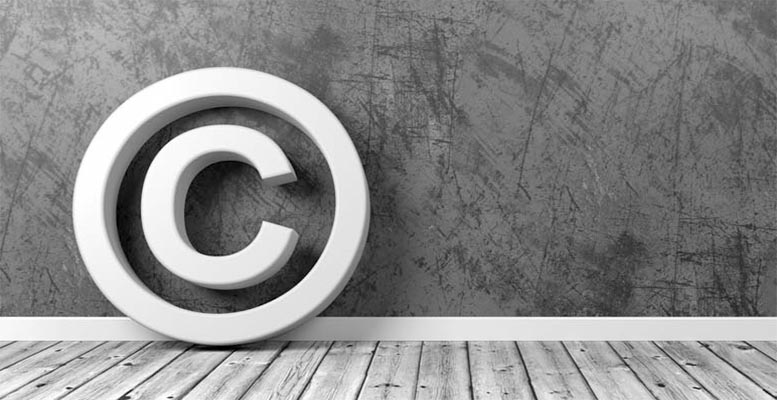 Peter Isackson | John Bolton has done many things in his past, including serving as US ambassador to the United Nations and as national security adviser to President Donald Trump. Wikipedia calls him a “diplomat” because the posts he has occupied, but both his discourse and his actions in the world of international politics have invariably conveyed the opposite of what most people take the idea of diplomacy to mean. Bolton is known to the public as an unrepentant warmonger, a believer in the value of aggressive military and financial intimidation to keep the entire globe respectful of American interests. Trump himself ended up calling him “A disgruntled boring fool who only wanted to go to war.”

Among those with whom Bolton itches to go to war is China. Earlier this year, he used Twitter to repeat his endless complaint that Beijing has betrayed the trust the US placed after generously inviting the communist nation to join the World Trade Organization. Opposing the candidacy of China’s Wang Binying for the directorship of the World Intellectual Property Organization (WIPO), Bolton tweeted: “The ability to protect intellectual property is gravely threatened if China becomes the next Director General of the @WIPO. China has already done enormous damage to the US stealing our IP.”

In the 2020 Holberg Debate last week in which Bolton was opposed to former Greek finance minister and leader of the European political movement, DiEM25, Yanis Varoufakis, he former ambassador expanded on his accusations against China. He maintained that “China … owes much of its prosperity to four decades of theft of intellectual property from the West as a whole. … They steal intellectual property. They don’t have to spend much money on research and development, they recreate the product, sell it back into the markets of the producers they stole it from and undercut them with state subsidies and insurance that allow them to come to dominate the market.”

The curious idea promoted by modern economic theories that establish as their central axiom that property is the fundamental right from which all other rights are derived. The legal notion of intellectual property maintains that an idea is not just a marketable commodity, but that the first individual to express the idea not only deserves to be credited with authorship and subsequently honored and rewarded for it but should also be considered the inalienable owner of every commercial action and marketable product that may directly or indirectly be derived from it.

Bolton made his statements to counter Varoufakis’s reasoned explanations about the interdependence of national economies which he offered to contrast with Bolton’s view that geopolitics consists primarily of identifying threats to US interests and then finding the means to oppose them through the use of aggressive measures that include military intervention and sanctions.

Bolton prefaced his exposé on China’s knavish practices first by denying the pertinence of economics as the means of understanding political conflict before then acknowledging that China’s theft of Western intellectual property is one case for which he admits “economics plays a critical role.” Bolton’s worldview appears to boil down to something like this: The bad guys steal from the good guys, and the good guys devise the means to punish them. Nevertheless, he regretfully admits that he is not optimistic about the ability of the US and the West to catch and adequately punish the thieves.

Bolton is correct in affirming that in their effort to play catch-up with Western markets, the Chinese have successfully engaged in industrial spying, a sport and discipline practiced in the West for some time. The Chinese have used their historical exclusion from the Western political network — sometimes referred to as “the free world” — to hone their skills at imitating, duplicating, borrowing and otherwise plundering the successful ideas launched in the West.

In today’s world of communication technology, everything becomes almost instantaneously known to everyone else. Because humans have a tendency to be “inspired” by artifacts that are successful, admirable or beautiful, they quite naturally and creatively imitate and adapt to their context what already exists. That is how the modern Western economy was built, with one additional ingredient — thanks to several centuries of colonialism. Massive economic and military power permitted the direct appropriation of both the material and intellectual resources of nearly every other culture across the globe. Who, after all, owns the intellectual property on curry and tacos, or even gunpowder?

It is well known that, while the European nations were busy dominating the peoples and cultures of other continents, William Shakespeare stole most of his plots and his most famous characters from other European writers, without ever acknowledging his theft or providing royalties to those mostly foreign authors. But it is also unlikely that any of those authors would have expected to be rewarded commercially for the ideas they offered to humanity through their writing.

Ideas are always valuable, but most creative people with great ideas in the past have been pleased to use those ideas for immediate gain and to see that the best ones resonated with other people in that particular commons we call culture. The proverb tells us that imitation is the sincerest form of flattery. Only recently in human history have lawyers succeeded in putting a monetary price on that form of flattery and to define imitation as theft.

In other words, the first thing the Chinese had to steal from the West was the practice and associated skills related to stealing from others. The entire Western economy and its most successful ventures have consistently relied on theft precisely with a view to establishing their inalienable rights of ownership over what are essentially vaporous ideas.

Take the case of the great innovator, Steve Jobs, who, after borrowing the name of his company from the most successful Rock group of his era — The Beatles founded Apple Records in 1968 — constructed his empire on two foundations: the gifts given to his company by American taxpayers in the form of military technologies that could be repurposed for civilian use as expensive, high-margin consumer products, and his wholesale theft of the innovations produced by the tech think tank, Xerox PARC. These included the use of icons and the mouse. Apple achieved all of this without conceding any of the rights to those who originally came up with the ideas and without paying for their creation.

Those who understand the true history of Apple’s emergence as the paragon of creative innovation appreciate the fact that what Jobs did was so not much theft as the appropriation of existing ideas. Dmitry Dragilev explained how it all happened while offering his redefinition of the process of innovation itself: “take something that has been discovered and improve it.”

A more accurate formulation of Dragilev’s new definition would be: Take a number of things that have already been discovered and assemble them into a product that appears innovative and makes a lot of money. This strategy works best within an economy managed by politicians who understand that the value of maintaining a powerful war machine is twofold. First, military force makes it possible to intimidate the nations of the world who possess the resources required to build the military’s technology and supply private industry. Second, the technology it produces at the taxpayers’ expense can be made available at no cost to the enterprises who will then willingly finance the electoral campaigns of the politicians who manage the military-industrial complex.

The final turn of the screw is when those immensely successful companies that have exploited the gifts of the politicians find themselves in a position to offer those same politicians a cushy job or a seat on their board when fortune turns against them in their political careers. It’s all about reducing unemployment.

The military is never about appearances. It focuses on action and the efficacy of destruction. Technology provides the key to its efficacy. Marketing is all about appearances. The technology paid for through military budget is transferred to the marketers who turn it into profit for themselves thanks to their mastery of appearances. That is the process by which at least one of the features of today’s hyperreal political, military and economic universe has been built.