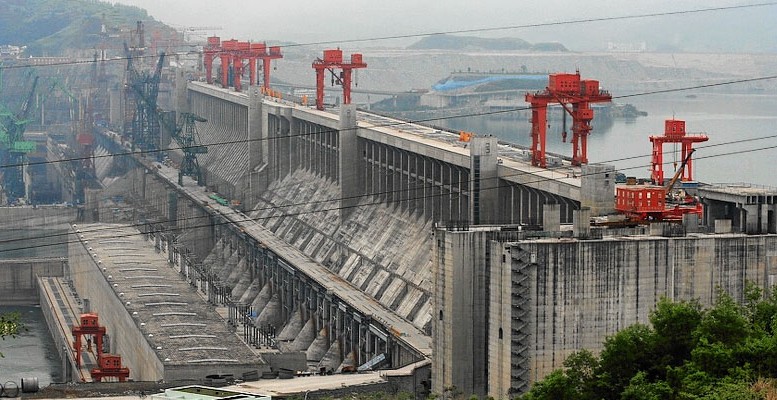 Caixin | Moving into the third year since the central government reinvented the borrowed notion of public-private partnerships (PPP) to encourage private investment, local authorities have announced thousands of projects that are to be funded through such a scheme.

As of the end of February, the number of PPP projects in the country has reached 7,110, with planned investments totaling 8.3 trillion yuan. And yet, few of them have broken ground, and many were financed by government-backed enterprises – which fit into the PPP model only because the government broadened the definition of “private.”

Resorting to the PPP model was a wise choice by the government because the current economic conditions mean we must rely more on fiscal stimulus, and yet the traditional way of spending taxpayer money has proven a disservice to the country. Getting private investors to share the cost of GDP-boosting investment projects will not only lessen the burden on local governments but also prompt them to be more transparent and play by market rules.

This is not the first time policymakers have tried over the past decade to invigorate private investment in sectors traditionally supported by fiscal spending, but previous attempts have failed. In late 2013, the notion of PPP investment reached the top of the government’s agenda and its definition was tweaked so that investments from state-owned or state-backed enterprises and financial institutions were also considered “private capital.”

Both the central and local levels of government have rolled out projects that will be financed this way, but most of them are simply funded by the government and SOEs. Private investors are notably absent in many of these projects, leading to worries that the campaign may flop.

A failure to attract private investors does not mean that the PPP model does not suit China, rather that the current institutional framework has problems that deter private investment.

As it stands, many private investors lack confidence in the willingness and capacity of the government as a partner to fulfill its obligations in a PPP project, which tends to be complicated, expensive and span a long period of time.

The reasons for this are many. First, investors simply do not have enough legal protection in this field. In the absence of a law that guarantees a contract signed by one official is binding on his successor, private investors will be wary because they do not know what will happen once there has been a leadership change in the government.

In addition, existing policies and regulations on PPP investment are confusing because they have been poorly coordinated. Some local governments have been criticized for trying to hand burdens that nobody wants to private investors, while keeping good projects for themselves.

But the purpose of the PPP model goes way beyond meeting a shortage of capital. It should be treated as an opportunity to revamp the way public goods are provided, so the government can stop being the public’s supreme caregiver and instead cooperate with private investors, leaving the market to take charge where it works most efficiently. This also means higher requirements for governance because the government will need to manage projects together with private investors and share the risks with them.

Several principles must be followed to prevent the model from being used as a rent-seeking tool.

First, the government must draw a clear line between itself and the market and cooperate with private investors on an equal footing in accordance with the spirit of contracts. This is important because the government also makes rules for the market and supervises it. Its primary responsibility should be creating an environment for fair competition and to make sure all procedures and rules are transparent so disputes can be resolved fast and properly.

Also, there should be an overriding law to unify existing and upcoming legal changes that overlap and even contradict each other. The Ministry of Finance said last year it had drafted a proposal for PPP investment legislation. The National Development and Reform Commission is also working on a law that will address the matter and plans to submit a draft to the State Council by the end of September. The two laws will likely overlap, leading to confusion and conflicts once implemented.

In addition, the government must not try to attract private investors by vouching for a project and guaranteeing it will make money. Both the size of investments and the likely prospect of returns should be calculated by investors.

The PPP model cannot succeed on its own. It needs to be accompanied by reforms in other areas, such as liberating market entry, improving the tax and budget systems, and coming up with a better way to divvy up tax revenue between the central and local governments. It calls for better governance, too. If private investors are to be encouraged to participate in PPP schemes, they will need legal and regulatory assurances that their interests will be protected.