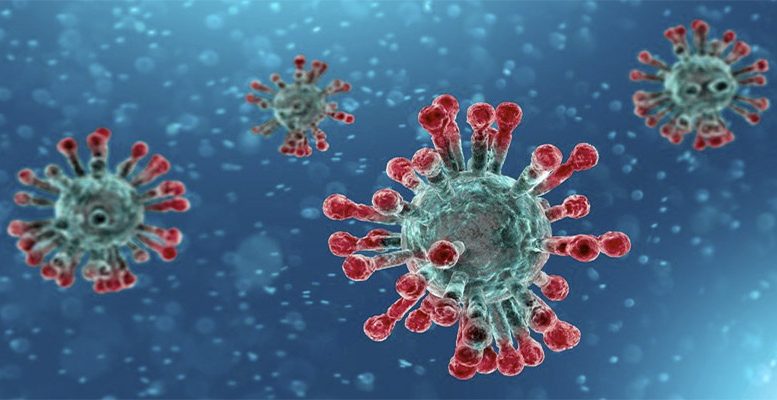 *This article was originally publsihed by Fair Observer

Peter Isackson| Recently, The Daily Devil’s Dictionary highlighted the battle that is beginning to shape up in the media and in political circles around whether a return to a real or imaginary pre-pandemic status quo is possible. Most commentators in the West understand that the status quo they refer to embraces two major concepts: a globalized, liberal, free market economy and nations with political regimes based on (or at least paying lip service to) representative democracy.

On March 19, the newspaper The Australian reported this surprising piece of expert analysis: “Macquarie Wealth Management, the stockbroking arm of the beating heart of Australian capitalism, Macquarie Group, has warned that ‘conventional capitalism is dying’ and the world is headed for ‘something that will be closer to a version of communism.’”

Words change their definition over time. Until 2020, most people thought they knew what the word “communism” meant. A firm of capitalist investment advisers tells us we may now need to rethink it.

Today’s definition takes into account two moments of history, one in the future (from a dictionary to be published circa 2030) and one that includes the past and present.

Macquarie Wealth Management cites the notion of “conventional capitalism,” which implies that an unconventional form of it may also exist. The same can be said of communism. In reality, people speak all the time about capitalism and communism without having any clear idea about their definition. Communism at least contains the idea of a group of people, the community, just as socialism contains the idea of society. The word capitalism represents a kind of absurdity because it makes no reference to people. Capital, in the sense of capital goods or the means of production, exists in every economy, whatever its organization and whatever its attitude toward ownership.

What capitalism ended up meaning in most people’s minds for the better part of two centuries was not just the simple fact that industry requires capital investment — a given in any economic system — but that capital (money and production capacity) has more weight than people in economic decision-making. Financialized capitalism even reaches a point at which people are totally irrelevant. Money (the “marketplace”) has a mind of its own.

Capitalism as most people understand it means that individuals, groups or institutions that own or control capital have a power of decision-making that is specifically denied to the people merely involved in production and consumption. The only difference would be that in communism, the ownership is said to be collective, meaning all of society has a stake in the ownership of the capital. That may be the distinction Macquarie had in mind when it claimed that capitalism would be replaced by “a version of communism.”

The Australian explains that “Macquarie analysts and researchers said a number of policies announced in recent days, including cash payments to US residents, credit guarantees for businesses in Germany, and a Swedish stimulus worth 6 per cent of the Nordic country’s economy to keep banks lending to companies, were a sign that governments were shifting towards ‘neo-Keynesian’ and Modern Monetary Theory policies, including a universal basic income guarantee.” That type of “communism,” if applied permanently rather than provisionally during a crisis, would mean that all of the mechanisms of a market economy would still exist, but high-level decision-making would take into account the welfare of real people — the entire community — rather than merely shareholders seeking maximum profit.

When journalists espousing the liberal or conventional capitalist point of view react to the reality of the policies being put in place across the globe to counter the economic effects of the COVID-19 pandemic, they may be tempted to call it “war capitalism.” That is how Adrian Wooldridge at The Economist framed it this week. Macquarie’s “communism” is Wooldridge’s war capitalism. The difference lies in the fact that Wooldridge sees it as an ephemeral measure intended to last only for the duration of the threat. And he insists that, just as happened in the US after World War I, the crisis will be followed by a return to “normalcy,” a term invented or at least popularized by US President Warren G. Harding in the 1920 election.

Other commentators — even conservative billionaire Mark Cuban (a possible future US presidential candidate) and centrist French President Emmanuel Macron — appear to lean in Macquarie’s direction, despite their own philosophical preferences. They understand that things will simply not be the same in a post-pandemic world. There will be no return to normalcy. The nations of the world and the world itself as a global community must work to build a new equilibrium, not seek to reproduce an old one, especially one that has shown itself, through two successive crises, to be fundamentally unstable.

In an article on Al Jazeera, the award-winning economic journalist Paul Mason highlights the contrast between the top-down crisis in 2007-08 provoked by the mad derivative-based logic of the global financial system and the bottom-up “collapsing foundations” of today’s crisis provoked by the reaction to the coronavirus. Mason expects radical change and quotes Macquarie’s analysis. He cites as historical evidence the dramatic effects of the Black Death in 14th-century Europe that precipitated the dismantling of feudalism. Mason argues “that capitalism is unlikely to survive, long term – and in the short term it can only survive by adopting features of “post-capitalism.” It’s no longer a question of political will but of social necessity.

Nobody in a position of political responsibility wants chaos, though it would appear that some people in a position of economic responsibility are so focused on their fiduciary duty that chaos outside of their own market would only be an unfortunate byproduct of their short-term decision-making. Politicians fear the pitchforks of history. Mason cites the incredible violence of the Peasants’ Revolt, the French Jacquerie and other similar events following the outbreak of plague in the 14th century, violence that quickly resulted in serious destruction and ideological transformation. Even when violently quelled, such revolts provoke lasting change, fatally undermining the power relationships of the “normal” order that preceded the crisis.

Future historians will look back at the 20th century and wonder why, for a brief space of history, people were so obsessed with “isms.” Consistent with the reality of the emerging consumer society, political thinking came to be conceived as a kind of catalog of ideological packages that political groups could arrange in a display case from which consumers could choose their preferred brand.

The identities of the brands were singularly confusing, partly because the marketers shifted their branding strategies incomprehensibly, appealing alternatively to the intellect or the emotions. They based some of the appeal on a supposed understanding of the economy (communism, capitalism, socialism), some on political hierarchy (authoritarianism, populism), and some on power relationships (nationalism, fascism). There were other somewhat eccentric isms as well that corresponded to a narrower consumer target audience: communitarianism, libertarianism, religious fundamentalism.

The same was true in the arts, where, after the success of impressionism in the late 19th century, all sorts of isms burst forth to attract the public as well as the artists themselves, offering a shared brand to exploit for individual artists who couldn’t manage to turn their name into a brand: pointillism, fauvism, cubism, expressionism, surrealism, minimalism, constructivism, naturalism, to name only a few. Commercialism never achieved the status of a movement, but it was constantly present as a central feature of the art market. And, of course, the art market over recent decades has become dominated not by aesthetic principles, but by the factor of capitalistic investment. Just last week, Forbes informed us that, in the midst of a pandemic, “The Art Market Is Beating The Stock Market.”

As the consumer society itself appears to have reached the point of being consumed by the pandemic, we shouldn’t be surprised if the age of isms itself may be ending. In 2016, the Democratic primary campaign of Senator Bernie Sanders restored some respectability to the term “socialism,” a  word vilified in the US for decades as synonymous with un-American. The fact that society will only remain sustainable at the price of transforming many of its institutions means that it will make no difference whether the economic system that emerges from a crisis is described by commentators as post-capitalism, democratic socialism, humanistic communism, unconventional capitalism or a trendy new moniker that doesn’t end in “ism.”

Though many in the public eye are still making a profession of denying it, we already knew that the planet was in peril. Some radical change in our way of life is clearly required to avoid the destruction of humanity’s lifeline. Now we can see with our own eyes that what many thought of as the “natural order” of a free market economy is in a state of provoked collapse. Nobody knows what form it will take, but the new rulebook for the world’s political and economic system will, in the coming years, be very different from what it is today. Will some enterprising marketer invent a new “ism” to describe it? Or will another Warren G. Harding attempt to impose a normalcy that has been proven unsustainable.

The last time normalcy was imposed, by President Harding and his ilk, the US experienced in quick succession: Prohibition, the Jazz Age, the stock market crash of 1929, the Great Depression, the rise of fascism that included the “Business Plot,” the Spanish Civil War, Adolf Hitler and World War II. That “normalcy” didn’t seem much like a status quo. It may not be the pattern most people would like to see repeated in our immediate future.

*This article was originally publsihed by Fair Observer