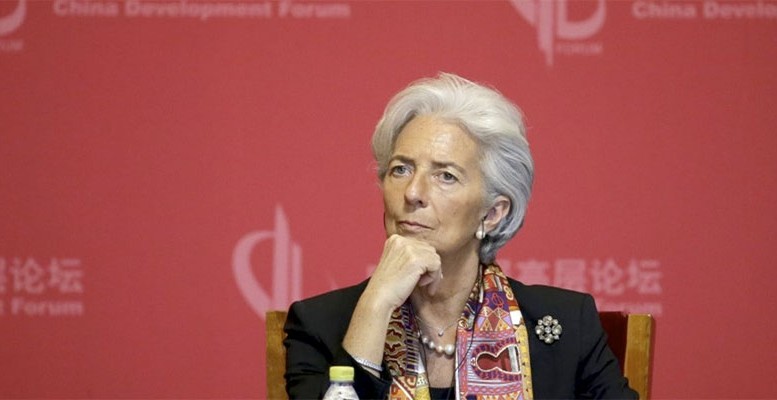 Christine Lagarde’s two-day-visit to China concluded on Monday without any specific agreements on how Beijing will fend off financial risk. Premier Li Keqiang insisted, however, that they will use all the tools available.

In a soft-toned speech, to avoid the Chinese leadership losing face, the IMF’s managing director referred to the urgency of “accelerating reforms to establish a risk prevention system” in the global financial scenario. http://www.imf.org/external/np/speeches/2016/032016a.htm

Then came the Communist Party’s answer. China will not rely on yuan depreciation to increase its exports and is against the currency war, Premier Li Keqiang told Lagarde. And the country “will improve its communication with markets,” he said.

China has also committed to using “market-oriented means” to help banks maintain their capital adequacy ratios at relatively high levels, as Li stated on the government’s official site. Chinese banks currently have $200bn of bad loans on their balance sheets, according to official figures. Some experts claim the real numbers are much higher.

Li’s words came only one day after the country’s central bank governor Zhou Xiaochuan warned about excessive levels of corporate debt, estimated at 160% of GDP. Trillions of renminbi of debt have built up in the economy as a result of decades of stimulus and easy credit.