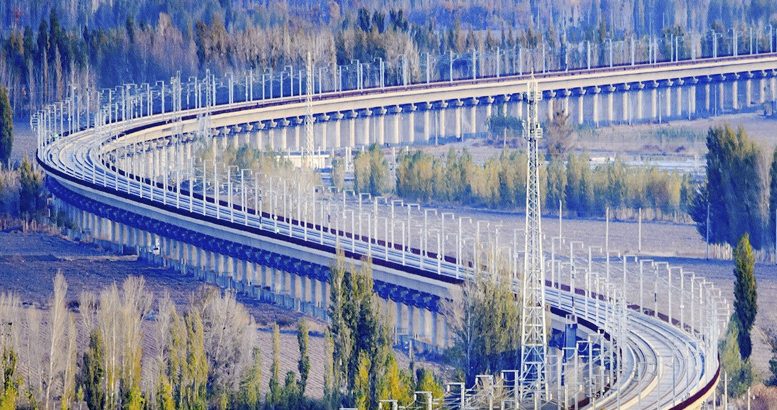 Posted By: The Corner 2nd September 2017

Andrew Sheng via Caixin | No one disputes the great and noble strategic vision of the “Belt and Road” initiative. But after various in-depth analyses, there are three issues that need to be solved before the project can proceed with success. Former McKinsey & Co. consultant Eric Beinhocker, in his book “The Origin of Wealth,” argued that wealth creation is the interaction of three factors — physical technology, social technology and the business model. In simple terms, it is about know-how (professional competence), “know who” (how to coordinate and organize), and finally, how to really make money or at least a good social return over a long-term investment.

Very few doubt Chinese engineers’ and planners’ excellent and proven experience in building large-scale projects in China. The hardware skills in China in designing, planning, designing, implementing and operating large-scale infrastructure projects at great speed and scale are almost unrivaled, even compared with the most advanced countries. No one has put up such tall buildings, superhighways, ports and high-speed rail at such size and speed.

Can these physical skills be transplanted into Belt and Road countries? We need to ask why, despite the goodwill and experienced support of multilateral agencies such as the World Bank and Asian Development Bank, together with aid agencies, that good project implementation has not been achieved in many developing markets. Part of the answer lies in the fact that the existing development banks are no longer led by experienced project engineers, but by macroeconomists and administrative bureaucrats. Up until the 1970s, the World Bank was famed for its superbly experienced project engineers who learned project implementation in Africa and elsewhere. After that, the Bank became led by Ivy League macroeconomists who have much more theoretical knowledge than hard field and project experience.Macroeconomic advice is easy because you can always blame bad implementation by the local government. But an engineer cannot blame anyone else for a badly built and failed bridge.

In practice, therefore, it is not enough that Chinese planners and engineers help design and implement these Belt and Road projects because the local planners and engineers naturally prefer to use their own experts and workers. One project in Southeast Asia was delayed because the British consulting engineer did not understand the Chinese way of project implementation and standards.

One way of solving this would be to establish a Belt and Road institute, where Belt and Road country experts would be invited to help design, plan and discuss implementation and operational experience together with their Chinese counterparts. This institute would help the second part of the implementation puzzle, the social technology.

It is also clear that the Chinese soft skills are not easily transportable to Belt and Road countries. Chinese infrastructure can be built across diverse villages, cities and provinces because of a strong tradition in centralized planning and coordination at every level of Chinese government. The tradition does not exist in many countries outside China. In Indonesia, for example, projects approved in Jakarta are delayed if the local governments do not support the implementation if they conflict with local cultural, tribal and even environmental interests.

It helps a lot when both parties understand where they are coming from. For example, a Malaysian project was more successful because the Chinese partner was a mainland company operating out of Hong Kong, so the state-owned enterprise understood the use of British standards and Malaysian planning and project practices, which are similar to those in Hong Kong. A Chinese company with only domestic experience often has coordination problems even with headquarters because the head office management does not understand the problems at the ground level. And ground level staff cannot communicate if they do not speak the local language and do not understand local cultural practices.

The third barrier to successful implementation is the business model. Long-term projects are complicated because the longer the project, the more complicated the risks, since simple delays increase exponentially the carried and interest-rate costs. There are two elements to the business-model problem. If the infrastructure project has a social rate of return higher than the commercial rate of return, then the government has to subsidize the difference. This is difficult if the local government does not have the fiscal resources to meet that subsidy. Another part is the negotiated rate of return based on the tariff on the project. For example, a power plant will be profitable if the negotiated electricity tariffs is sufficiently high to take care of the inflation rate and if the input costs are fixed. Indian power projects got into trouble when deliveries of coal could not be met at prices and times to make the project commercially viable.

But the primary business model factor for Belt and Road projects is the use of third-party currencies. Currently, most international contracts are negotiated in terms of the U.S. dollar. However, where the U.S. dollar fluctuates with the Chinese yuan or the local currency, there is an added foreign-currency risk element that is outside the control of both Chinese and local project partners.

For example, if the yuan fluctuates 3 percent against the dollar and the Malaysian ringgit fluctuates 6 percent, then the difference in the bid-ask spread on a contract between Malaysia and China will be at least 9 percent per year. Since the profit margin in either the Chinese or Malaysian business partner may be less than 9 percent, the project is not viable. The business model cannot work, particularly since either party cannot hedge against the dollar easily or cheaply for more than one year. The simplest solution is to use the yuan as the primary currency, but this would require the agreement of both countries, involving the central banks and commercial banks.