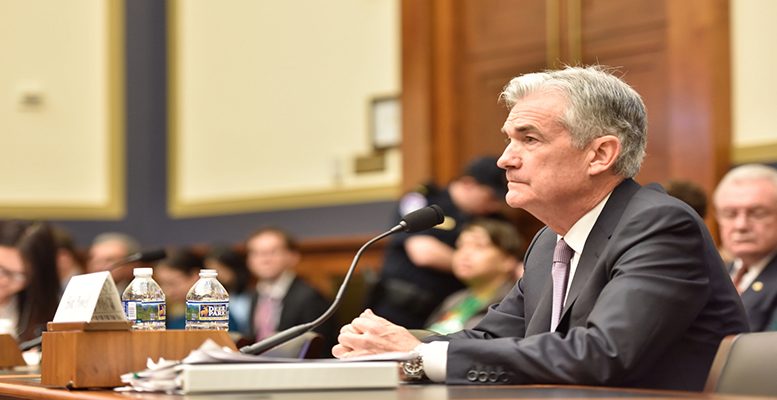 In his first congressional testimony, Jerome Powell delivered an upbeat appraisal of the US economy. In his own words, headwinds have turned into tailwinds. While avoiding any commitment on the plausible monetary stance, markets have discounted a faster pace in hikes in interest rates, pushing bond yields to fresh highs.

Growth has shown an impressive performance since the second half of last year. Powell expects a further speed-up taking the annual rate well over 3% in the coming months. The labour market is poised to tighten progressively, adding pressure to higher salaries. A move facilitated by the increase in minimum wages introduced at the beginning of this year by 18 States. While inflation still lags behind, it could spurt at any time. A buoyant scenario further fuelled by tax slashes and increased federal spending due to exert a sizeable impact next year.

The Federal Reserve needs to act before overheating takes place. Experience shows its inability to execute a soft landing once inflation accelerates. Braking sharply always brings a heavy toll on employment and growth. Thus its keen interest in taking preventive action before it becomes too late.

The prospect of an early rate hike seems most likely. The March meeting may reflect how the bullish statement from Jerome Powell materialises into monetary tightening. Yet the Fed has a long way to move before adopting a non-accommodative stance. The bountiful liquidity stemming from its oversized balance sheet still keeps the interest curve flattened as premia for long-time rates remain abated. Whatsmore, the neutral interest rate is well below historical performance. Low productivity and population growth, plus no visible sign of increased appetite for safe assets, prevent any foreseeable comeback for neutral rates. Thus the scope for constricting the monetary stance seems limited. While the Fed may easily manage to keep on an even keel this year, doubts arise over its ability to curb overheating in the future, unless it embarks on massive portfolio sales sending shock waves to the bond market.