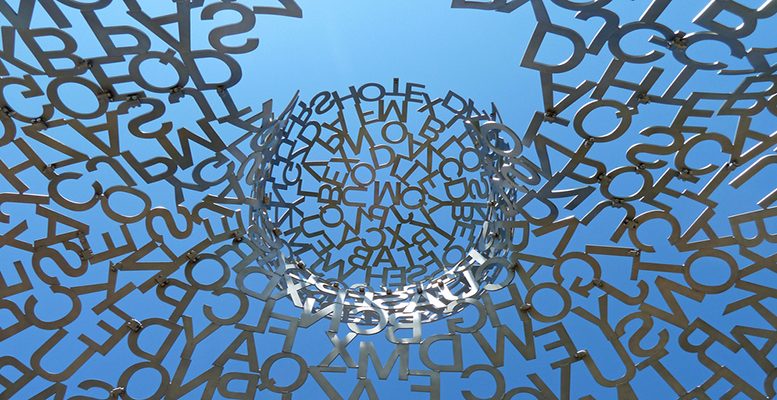 House of Knowledge, a sculpture by Jaume Plensa (Photo: Tim Green via Flickr)

A senior IT industry official, while speaking recently to a group of university students, laid out a vision of how banks would look 10 years from now. Most of the jobs that we currently see in the industry would be gone, replaced by a new set, which he described in considerable detail. I thought he was absolutely correct about the kind of jobs that would be gone and mistaken in even attempting to predict what the replacement jobs would look like a decade from now. We just don’t know.

Toys R Us, the storied toy store, beloved of generations of parents, just filed for bankruptcy. People still buy toys — they just don’t need the skills Toys R Us employees have. They order from Amazon instead. A generation ago, we would hear of the demise of a particular business model once in several decades. Today, it happens in a few years.

A Kodak engineer invented the world’s first digital camera in 1975. Kodak commissioned a study of the impact of filmless photography in 1981 and chose to do nothing to move away from film. As late as 2007, the company had fallen far enough in public perception that they released a marketing video claiming it, too, was on the digital bandwagon. In 2012, Kodak filed for bankruptcy. From 1975 to 2012, it took 37 years for the reckoning to come for being stuck in the past.

Engineers at Xerox invented the world’s first computer with a window-based graphical user interface in 1973, a full decade before Apple would do so. But Xerox was so blinded by what it was already doing that it could see little potential in the new invention. Devastated by the oversight, it went to the edge of bankruptcy in 2000 and has flirted with it ever since, breaking up in two in 2016. It took four decades for the lack of insight to come home to roost.

M Pesa, a money transfer service, was launched by a mobile phone service provider in Kenya in 2007, and by 2011 had already demonstrated that traditional banks were not needed for efficient payments. In 2015, the Reserve Bank of India issued 11 payment banks licences to entities not one of which was a traditional bank. In 2017, a bare 10 years since the M Pesa revolution in Kenya, it is universally agreed that the banks’ profitable payments business is dead.

Uber was founded in 2009. In eight short years, it has upended traditional taxi services in 633 cities around the world, caused consternation among regulators and survived thousands of efforts to shut it down. When the City of London announced in October that Uber’s licence would not be renewed, more than 500,000 people signed a petition protesting the decision. Even if Uber fails to keep its service alive, it will not be replaced by traditional taxis, just other more culturally attuned app-based operators.

When Elon Musk, who has given the venerable Toyota a run for its money by using disruptive technology in automobiles, implores governments around the world to set up task forces to pay attention to what Artificial Intelligence may do to our society, it is time to sit up and pay attention. Not just business models, social models are shifting at increasingly rapid speeds. Relationships are being mediated through digital channels, opinions are being formed and un-formed with completely new types of inputs, and cultural values have far shorter lives than we have been used to.

It is in this world that our politicians, bureaucrats and the occasional educationist are seeking to define what our children should learn. They have been quarrelling over which centuries should get space in our children’s minds. Depending upon the prejudice, the bias, the preference, it could be anywhere from 10th century BC to 20th century AD. But not our 21st century.

What kind of knowledge will prepare our children for this century? The honest truth is that, like much else, we do not know. But it may actually be easier to answer the related question: What kind of education will prepare them for it? It seems to me that this question will require educators to think about two seemingly contradictory impulses.

On the one hand, there is the urgent need to develop skills to engage with change. The importance of the faculties of critical reflection, creative inquiry, presence and rejection of dogma has long been talked about among educators but, perhaps because the pace of change was so glacial, its need has never before been so acute. Today, however, we are at a point where every child who grows up without these skills will be in grave danger of being, at best, irrelevant to the world around him and, at worst, fodder for increasingly sophisticated schemes for subjugation of the mind. The need today is to create a new education based on the science of attention, inquiry and presence.

On the other hand, in a world that provides so little by way of moorings, there is a deep psychological and social need for meaningful anchors. An education that cannot provide insights into morally validating and emotionally satisfying bases for living is not just incomplete, but dangerous for coherence and well-being of our communities. Education today requires the fostering of a sense of dialogue, of interdependence, of dedication to others. While, traditionally, organized religions were tasked with this responsibility, they have clearly failed to create a more just and coherent society. The need today is to create a new education based on the religion of togetherness, respect and larger purpose.

While the first tends to valorize the abilities that reside in the individual, the second requires careful, loving attention to our context and surroundings. Tensions between the primacy of the individual and the group have played out throughout our history, but never before has there been a greater need to do both together.

The stark challenges before humanity may provide the perfect opportunity for us to move beyond this long-standing debate. It can be done, but it requires of us impulses more worthy than colonization of young minds.

*[This article is based on a note the author wrote for the 2016-17 Annual Report of the Centre for Learning Resources. To see the full report, click here.]