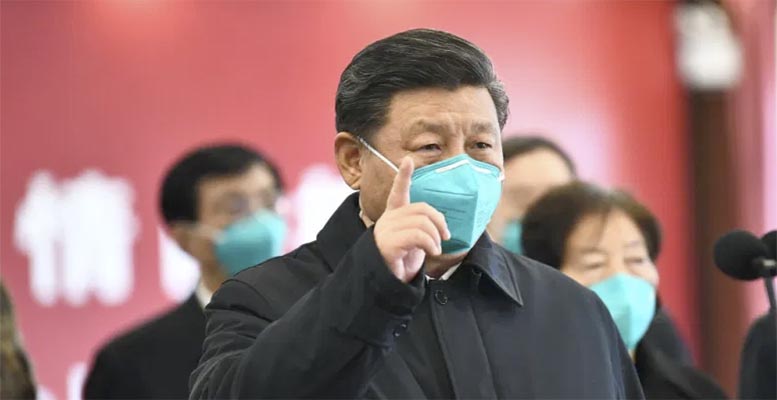 Mark Shirreff Matthews (Head Research Asia, Julius Baer)| We remain Overweight on China. Of the major world economies, it will be the least impacted by the coronavirus. It is impacted nonetheless, but China’s economies of scale, and financial and technological resources, mean it can develop “new infrastructure” even more than it had previously planned to. Our recommendation for long-term investors is to be positioned in that space, and all its ancillaries, while in the short-term, “old infrastructure” (like cement and construction equipment) will also receive a boost.

Yesterday, Beijing Xiaotangshan Hospital (designated for the treatment of suspected cases and confirmed mild cases) announced it had discharged its last remaining patients and will close today. This is a sign that the strong measures to prevent a second wave of imported and asymptomatic coronavirus cases from becoming a new pandemic are proving successful. Yet the country remains vigilant, and for good reason. All of yesterday’s 21 new confirmed cases were imported, all on an airplane arriving from overseas. Asymptomatic cases simmer along in the same low numbers, but are obviously more difficult to identify than overseas arrivals.

Caixin Media reported yesterday that a residual group of approximately 30 people in Wuhan are still testing positive after more than 20 days of treatment, and it is unclear if they can transmit the virus. For this reason, doctors at the Chinese Academy of Medical Sciences’ Institute of Pathogen Biology said yesterday it is likely that the coronavirus could become a seasonal illness, like influenza. Still, it can be said with some certitude that the second wave is miniscule relative to the size of the country’s population, and should come under control soon.

Most political observers expect the date of the annual plenary sessions of the National People’s Congress and People’s Political Consultative Conference to be announced this week. These gatherings of 3,000 deputies and 2,000 members are where the policy agenda is set. Whether attendees make the trip to Beijing or the meetings are held via videoconference will be a barometer of sorts, of the way the coronavirus has impacted society.

High frequency data continues to show an uneven recovery. Subway usage has recovered in the prosperous southern provinces of Guangdong and Fujian, but nationwide, daily passenger traffic on public transport in the first 27 days of this month was still down by 59% y/y, a small improvement from the 64% drop in March. It appears that people who can afford to do so have been switching to private transport, with passenger car sales rising from -38% to -7.3% over the same period. Home sales in the 30 largest cities also improved from -38% to -20%, while power plant coal consumption improved from -20% to -13%. However, export orders in the April Emerging Industries Purchasing Managers´ Index fell 12 percentage points to a historical low, suggesting a large vacuum in external demand. It is therefore not surprising that at an executive meeting of the State Council held yesterday, related parties were instructed to accelerate “new infrastructure” like the industrial internet (used in manufacturing and energy management) and information networks, for further digital consumption.