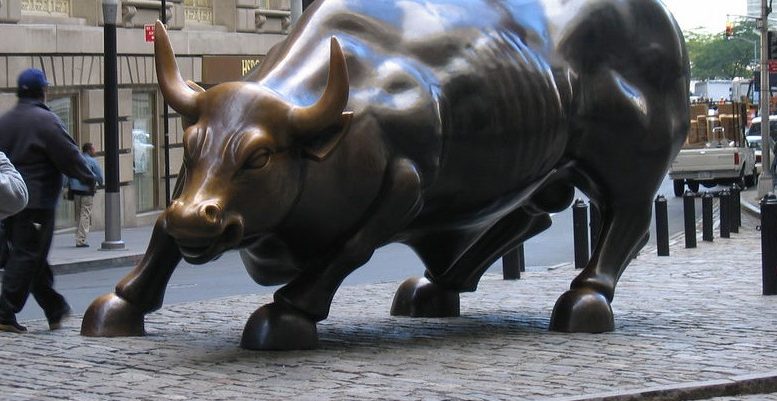 The post-2009 bull market in the S&P 500 is now just over nine-and-a-half years old and counts as the sixth to emerge since 1970 (defining a bear market as a fall of 20% or more over a one-year period). As pointed by Simon Derrick managing director of BNY Mellon, “where the current bull market does differ from the pattern set over the previous five is in the lows set for three-month realized volatility (measured on a close-close basis).”

Barring one reading of 3.4% in September 1972, no day registered a level of three-month realized volatility (again, measured on a close-close basis) below 4% until the 1987-2000 bull market.

In contrast, the current bull market has seen 62 days with readings below 4% (out of a total of 2427). Unsurprisingly, most of these have been clustered in the latter stages of the current rally (with the majority coming in 2017).

It is noticeable that the way realized volatility in USD/JPY has behaved has also varied markedly between bull markets.

While it’s true that the first nine years of the 1987-2000 bull market was accompanied by a series of lower lows for three-month realized volatility, these were interspersed by five major spikes higher.

The post-2009 market has also seen a unique pattern of realized volatility emerge in USD/JPY, with three sharp falls in volatility being interspersed by two equally sharp recoveries (the first being associated with the 2013 “taper tantrum” while the second emerged around the time of the Brexit referendum).

It’s also noticeable that a materially greater number of low readings for realized volatility have been seen during the current bull market than during either the post-1987 or post-2002 rallies.

During the former move, no day registered a reading of less than 6% while the latter saw just a brief period during the summer of 2007 when realized volatility fell below this level.

In contrast the post-2009 rally has seen 248 trading days (i.e. almost a year cumulatively) with readings below 6%. Since the start of July of this year alone there have been 88 trading days with sub 6% readings.

It seems fair to say based upon these observations that one of the defining characteristics of the current bull market has been lower realized volatility than has proved the norm through much of the modern era.

This has been particularly true for USD/JPY. However, it is also true that since 1980, lows below 6% in USD/JPY realized volatility have typically been followed by moves over the next year or so to readings above 15% (and, on occasion, north of 20%).

This seems an interesting observation given how fragile market sentiment is currently proving.