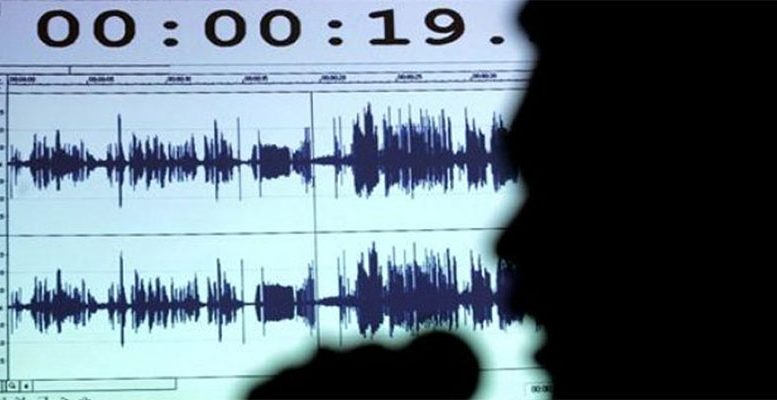 Peter Isackson | It didn’t take long, after WikiLeaks rang the opening bell, for the two contestants to reach the center of the ring and start circling and jabbing. On one side, Sean Hannity and his corner man, Rush Limbaugh. On the other, the media loyal to the Democratic Party establishment led by The Washington Post. Both appear to be hoping for a quick knockout. The one thing neither contestant in such a combat wants to do is to give the other side or even the public the time to think and observe and thereby discover any apparent weaknesses in one’s skills.

The marketing of this event started months ago, when the Democrats began to panic as Hillary Clinton’s certainty of winning in November 2016 seemed compromised by her own weaknesses, further highlighted by publication of the Democratic National Committee (DNC) emails, supplied courtesy of WikiLeaks. When Donald Trump finally prevailed in November, there were two good reasons to implicate the Russians in the email leaks: to explain away the Democrats’ singular failure and to weaken Trump’s political power by branding him Vladimir Putin’s stooge.

Fight of the Decade

This has become the fight of the decade if not century, a fight that has deep implications, possibly even calling into question the status of the deep state. Round one was the presidential campaign. Round two: the election and its immediate aftermath. Round three: the transition. Round four was Trump’s occupation of the White House and first weeks in office. We’re now in round five, since the knockout attempt—the announcement by the Central Intelligence Agency (CIA) of its conclusive proof in round three (December)— turned out to be something of a phantom punch, not quite as effective as Muhammad Ali’s in the second Sonny Liston fight.

Round five has just started, with new WikiLeaks revelations indicating that the main evidence made public about the source of the DNC leaks may need to be re-examined after discovering that the CIA had acquired the capacity to create false-flag hacking operations. The implications of this are far from clear. We should expect in the coming days or weeks some serious analysis of what this might mean. Investigation, reflection and analysis are in order. But the two champions in the ring will keep punching, as furiously as possible. That’s what sporting spectacles of this type are all about. That’s how media culture works. And that is what partisan politics has become.

It’s fascinating to see how quickly not just debate, but also investigation can be crushed by crying “conspiracy theory.” It’s one thing to dismantle a conspiracy theory. It’s quite another to use the epithet to stop all reflection and investigation. One of the problems with the Russia/DNC affair is precisely the phantom punch, the fact the CIA never revealed any of the evidence it expected the public to believe conclusive. The CIA counted on an act of faith to support its conclusion.

The Washington Post article, only a few days after the WikiLeaks publication, starts with this philosophical thrust: “The best/worst thing about conspiracy theories is that they only need to rely on a shred of evidence, but they can instantly confirm all of your preconceived notions.”

The response from the opponent could quite logically be: “The best/worst thing about branding something as a conspiracy theory is that it doesn’t even require one shred of evidence.”

It’s absolutely legitimate to point out that the handlers in the corner of the CIA’s opponent, Hannity and Limbaugh, have a reputation for dirty tricks. They can be counted on to create the fiction they want people to believe. But citing their presence in their champion’s doesn’t allow us to assume that the game has been rigged, that everything they say or do is devious or false.

Even a stopped clock is right twice a day. It’s too easy to focus on the messenger and pay no attention to the message. Especially as the actual messenger here is the anonymous source of the WikiLeaks publication—a CIA insider according to the CIA itself—and not the hired actors, Hannity and Limbaugh.

Both sides appear to have acquired the habit of inventing and propagating their own alternative facts. The Washington Post makes this incredible point, again expecting its readers to accept it as fact: “Importantly, the conspiracy theory also involves accusing the country’s intelligence apparatus of conspiring against the president of the United States—a scandal that, if true, would be without parallel in American history.”

Well, there was a precedent, and a far from trivial one: the JFK assassination. The probable truth of which was also silenced by calling all alternatives to the official account—micro-managed by former CIA Director Allen Dulles—a conspiracy theory. There is a mountain of evidence that the Warren Commission chose not to notice pointing in the direction of CIA involvement in that well-orchestrated event, though no official investigation has ever attempted to deal with any of that evidence, except on a piecemeal basis.

As a result, the nature of the CIA’s involvement will remain forever cloudy in the history books. But assuming the Warren report is the definitive truth can only be considered an act of pure naivety.

The simple fact we always need to take on board is that conspiracies actually do exist, however rare they may be. The temptation among the powerful is often too great to resist, especially knowing that controlling public discourse—perception management, manufactured consent—is the supreme art form mastered by modern politicians. It should, however, be admitted that not all apparent conspiracies actually are conspiracies. But when conspiracies exist, by definition they seek to remain invisible. Some succeed and some don’t. Which is why it’s important to remain alert.

The fact that something that contradicts official accounts sounds like a possible conspiracy theory doesn’t mean it may not be true. Many official stories have been discredited. The Gulf of Tonkin incident or Saddam Hussein’s weapons of mass destruction, a point Trump himself made, to the chagrin of his own party, whose leaders were the ones responsible for that lie and the disastrous war that ensued.

As a matter of elementary logic, we should therefore never use the argument that because the authorities—and in particular the CIA—have examined the evidence and reached what they call a definitive conclusion, anything that contradicts it is a conspiracy theory. And yet that is what is happening once again.

All this should tell us that the best approach is an open mind rather than the reflex of immediately screaming conspiracy to quash all reflection and debate.

“The lady doth protest too much” …  and too soon!