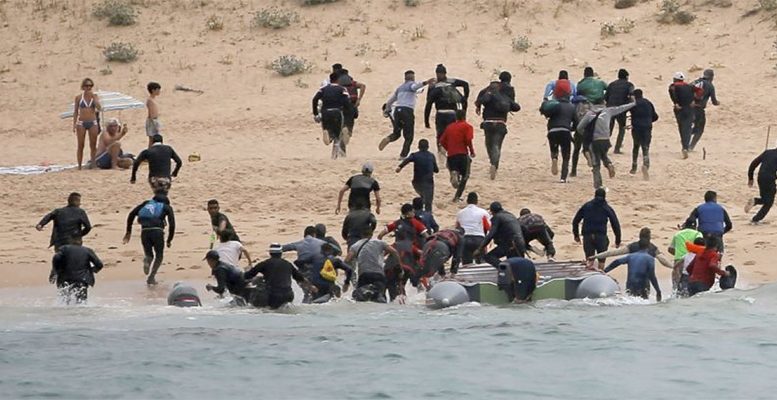 Afke Zeilstra (Crédito y Caución / Atradius) | Africa was one of the latest continents to experience reports of Covid-19, and many feared the worst. Home to some of the least developed countries and the world’s weakest healthcare systems, there were significant concerns that African states
would not be able to contain the virus.

However, Africa seems to have weathered this storm relatively well thus far. When the global pandemic took off and the first infections were reported, African governments acted decisively. Across the continent, restrictive measures were taken to contain the spread of the virus. Borders were closed, and partial lockdowns were implemented. However, the lockdowns had a severe negative impact on countries in which many people work in the informal sector and are living on hand-to-mouths. Social distancing and self-quarantine proved challenging on a continent where many live in crowded slums, and 85% of the inhabitants live on under USD 5.50 per day.

Therefore, many African countries eased the lockdown restrictions prior to reaching the peak of infections. Despite the poor quality of the healthcare system, the number of infections and fatalities is relatively low compared to other regions of the world. The reason for this could be the relatively young population in Africa, with almost 60% of the population under the age of 25 (Covid-19 seems to have a higher mortality rate for older age groups). Other reasons for the relatively low rate of infections and mortality in Africa could be the low rate of travel, outdoor living and experience in controlling epidemic outbreaks like Ebola. That said, confirmed infections and reported deaths are most likely underreported, as the testing capacity is limited in Africa.

Currently, more than 1.1 million confirmed Covid-19 infections are reported in Sub-Saharan Africa (SSA), and infections have spread through almost all countries. However, this spread is quite uneven throughout the region. Just five countries account for more than 75% of all confirmed infections. Of these five, South Africa has by far the most confirmed infections, followed by Ethiopia, Nigeria, Ghana, and Kenya. At the end of March 2020, South Africa introduced one of the strictest lockdowns in the world.

However, in order to soften the negative impact on the economy, lockdown restrictions were gradually eased in June. This has resulted in a sharp increase in Covid-19 cases, as the virus spread rapidly in the impoverished and densely populated areas. 1.1 Total Covid-19 confirmed cases
Source: Macrobond

The World Health Organization (WHO) said that the Covid-19 outbreak might have passed the peak, as the number of new daily confirmed cases has declined over the past two months. However, some countries still report a rise in infections, and as many countries are reopening their economies, a surge in infections is likely, as witnessed in other regions of the world.

More challenges next to Covid-19
Although a health crisis has been averted, the pandemic has had a severe impact on economies. Covid-19 also arrived at a time when the region already faced several challenges. In many countries, especially in the Sahel region, the security situation has deteriorated due to the increase in terrorist attacks and armed conflicts. In addition, SSA countries have
experienced several natural catastrophes. Extreme weather related shocks like drought, floods and cyclones in Southern Africa suppressed agricultural production and food security. Furthermore, the severe locust outbreak in East Africa is hurting the agricultural production in countries like Ethiopia and Kenya

All but five in recession

SSA economies are hit hard by the Covid-19 pandemic, with an economic contraction of 4.6% in 2020 due to the disruption in trade, the drop in commodity demand, fallen commodity prices and worldwide travel restrictions. However, the regional decline masks large variations across
groupings of countries and regions.