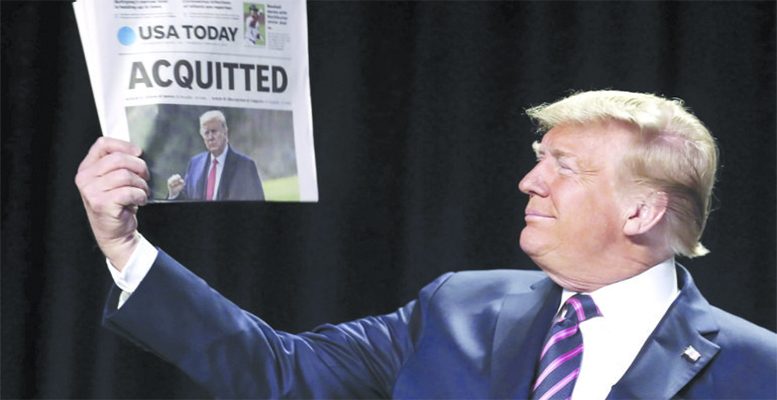 TC | George Soros has called for countries including Germany and the Netherlands to “think again” and consider his proposal that the EU should issue perpetual bonds to fund the two trillion Euros needed to tackle COVID-19 and climate change.

These huge costs can only be covered, he argues, if EU member states authorize the creation of “Consols” – the names under which perpetual bonds have been used in Britain since 1751 and the United States since the 1870s.  Underwritten by member states either acting unanimously or as a “coalition of the willing”, the annual interest rates of 0.5% on perpetual bonds that countries would pay would be “peanuts”, according to Soros.

In contrast, doubling the EU’s budget, the proposal now under consideration, would provide only about €100 billion and yield only one-tenth of the benefit that Consols could provide.  As the EU faces “several “existential dangers” G. Soros says he “won’t give up hope” that it will take these “exceptional measures” which “should never be allowed to be issued in normal times but are ideal right now”.   So far, he argues, the debate has been “poisoned” by a focus on “Corona Bonds”, which have been rejected by the European Council “for good reason”, since they “imply a mutualization of accumulated debts”.

Soros was speaking in an interview entitled The Crisis of a Lifetime with the journalist and author Gregor Peter Schmidtz,  published by Project Syndicate.  He argues that the German constitutional court’s recent ruling against the European Central Bank’s purchase of government bonds strengthens the case for Consols, since any bond purchases that were not proportional to member states’ shareholding in the ECB could be challenged by the court: “perpetual bonds would sidestep this problem, because they would be issued by the EU as a whole and would automatically be proportional”.

Soros also warns that the ruling, which requires the ECB to justify its current monetary policies within three months, will “consume the ECB’s attention when it is the only really functioning institution in Europe that can provide the financial resources needed to combat the pandemic”

Just as importantly, the court’s judgment could “destroy the European Union as an institution based on the rule of law” since “If the German court can question the decisions of the ECJ, can Hungary and Poland decide whether they follow European law or their own courts- whose legitimacy the EU has questioned?”  George Soros warns that Poland has already “asserted the supremacy of its government-controlled courts over European law” and Hungary has “already used the COVID-19 emergency and a captured parliament to legally appoint himself dictator” in a way that “clearly violate European law”.

Soros is concerned about the EU’s survival, because it is an “incomplete union” which makes it “exceptionally vulnerable”. It is also “based on the rule of law” and where “the wheels of justice move very slowly, threats such as COVID-19 move very fast”.

On China, Soros warns that though we “must find a way to cooperate” on fighting climate change and developing a vaccine against COVID-19, he is “not in favour” of “working very closely with China”.   This “won’t be easy”, says Soros, but “we must protect our democratic open society”.

The Chinese people, “under the dominance of a “dictator”, are “very angry” with President Xi Jinping for “keeping COVID-19 a secret until after the Chinese New Year.  He believes President Xi’s grip on power could weaken: “When Xi abolished term limits and named himself, in essence, President for life, he destroyed the political future of the most important and ambitious men in a very narrow and competitive elite. It was a big mistake… he is very strong in a way, but at the same time extremely weak, and now perhaps vulnerable”

Turning to US politics, he argues that “Donald Trump would like to be a dictator” but cannot because there is a constitution in the United states that people still respect” though “that doesn’t mean he will not try”.  “I put my faith in Trump to destroy himself, and he has exceeded my wildest expectations”.