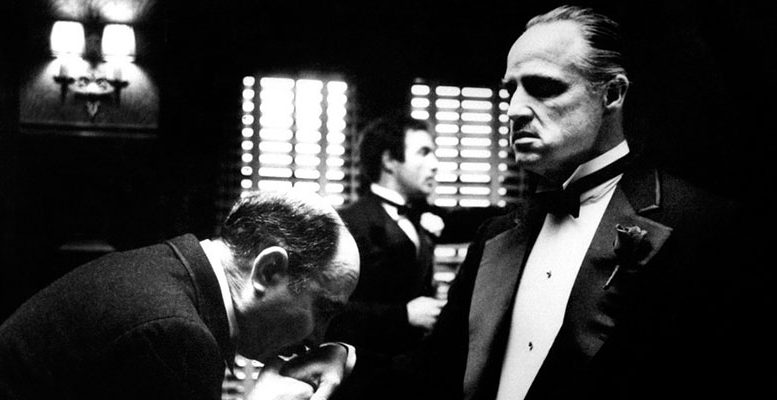 Keith Godfrey | “You eat alone, you choke” is an ancient proverb with origins lost in the mists of time. In Mafia circles it expresses their family centred, ruthless sense of unity and purpose and celebrates tight-knit self-propelling interest. And yet, as we know even in the best regulated Mafia families every now and then those interests can pull in different directions. When that happens, the family member breaking ranks is said to “eating alone”. The implication is that bad things will soon follow. And worst of all, whether from lack of protection or because of overzealous protection from outside parties, eating alone makes for bad business.

Last week, video chatting to a friend in Hanover describing the Covid-19 induced confinement in Madrid, I casually mentioned my disgust at finding discarded masks and gloves on the streets during my (strictly limited) dog walks. His reaction on hearing this was horrified literal disbelief. Coming from a different culture it was simply beyond his comprehension that at a time like this, anyone could do such a thing, that the Germanic sense of civic duty would make this extremely unlikely if not impossible.

Cultural differences and civic education levels aside, this matter of carelessly discarding PPE material in the public space while shockingly thoughtless isn’t really important in itself, it only illustrates something far deeper and significant, just how radically our reactions to one singular shared existential problem can differ.

If any further proof were needed the current extraordinary situation confirms the reality of today’s hyperconnected world. We know that the consequences of decisions taken by a health official in a Chinese city are felt in a matter of weeks by a baker in Móstoles. So why do we still cling to the intractable belief in the existence of local solutions for global problems

As the world is going through this (latest) unprecedented crisis, we see governance, financial and economic systems being subjected to what used to be considered “theoretically extreme” stress tests all around the globe. Much of the population is busily engaged in apportioning blame or praise on those taking decisions on our behalf. It makes little difference who they are: the EU, WHO, Trump, ECB, Italy, China, Madrid, Catalonia, the press and mass media, etc. If we obsessed over them before, now we have the perfect excuse to obsess over them even more.

Yet the sheer dimension of the problem and complexity of the variables make it significantly less relevant what country, region or city is taking measure “x” or suffering “y” level of mortality. We are left without a scale against which to measure the effectiveness of our collective response to the threat. Our solutions are tied irrevocably to those of our neighbours, collaborators and competitors. Are we using this distracting blame game because we don’t wish to face up to stomach a difficult truth? When will we admit that global threats require global solutions?

I have heard many say over these past few weeks that along with the spread of a corona virus, we are also dealing with a parallel pandemic of generalised stupidity. I’m not sure I agree. Maybe more than stupidity it is a chronic lack of insight or imagination. And perhaps the Covid pandemic is not parallel to it but actually something that may be influencing it. There are some signs that elements of our widely accepted ideology of “self-interest” has started to be checked by this virus. Ideas and initiatives that only very recently were considered beyond the pale are now being debated and, in some cases, implemented.

The chances are that the coming tsunamis of social, political and economic dislocation will facilitate and indeed demand reconsideration of hitherto unthinkable heretical concepts… an increased role of the state, public intervention in private industry, a universal wage, profound reorganisation and re-enforcement of multilateral cooperation, re-prioritisation of scientific research and medical investigation, meaningful collaborative global efforts on sustainability and inequality, etc.

Any mention of these in 2019 would have been widely dismissed as impracticable liberal fantasy, but circumstances dictate what is deemed viable and what is not… So now in 2020, some ideas no longer appear quite so preposterous. Who now would be willing to predict in what light they are considered in 2021, 22 or 23. Of course, there is no guarantee which way the pendulum may swing. There is historical evidence that such widespread fear, hardship, personal and economic suffering, may point towards even greater polarisation, populism, protectionism and short-sighted self-interest.

But while great crises bring great suffering and uncertainty, they also have the ability to shine light into dark hidden recesses of society which in calmer times we usually prefer to leave undisturbed. Whether we wish to admit it or not, we had ample warning of an eventual devastating pandemic. Government health departments, epidemiologists, environmentalists, stress-test designers and even fiction-writers recognised it as a possibility. Yet our ideologies driven by collective egoism chose to ignore it. It would be equally reckless to deny that even more challenging existential threats lie ahead in the not too distant future.

Even though the Mafia have shown themselves to be able to flourish in this globalised world, I am not sure of taking a leaf out of their book is the best approach. So if you want to use another metaphor, feel free. But let’s ask ourselves the uncomfortable question: What will it take for us to wake up to the fact we should not be eating alone anymore, or do we really wish to choke?