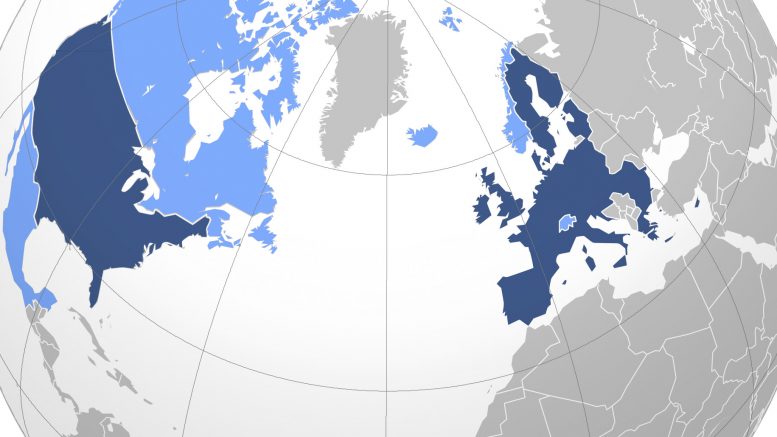 There are a lot of stupid comparisons in the press, which contain elements of truth taken out of context, so the reader has a false idea of reality. For example, it has been said that in the second quarter, the Euro Area has beaten the US in terms of GDP growth. If we put things in context, this makes no sense, unless we are celebrating a race which only lasts for one quarter. The graphic compares the GDP trend of both regions since the birth of the euro.

It’s clear that if we beat the US in one quarter by a few tenths of a percent, it’s not enough to uncork the champagne bottle. From 1990, when the euro was born, the US’ accumulated growth is overwhelmingly higher than that of the Euro Area. That’s the reality in context. We can see the unemployment rates (although that of the Euro area only goes up to 2013) but this doesn’t affect the evaluation.

We see that the US, in the worst of the crisis, had the same jobless rate as the Euro Area, but in a very short time this returned to record low levels and even a little lower: 4.9%, less than half of that of the Euro Area.

What can we say about these simple comparisons? The first graphic confirms that the US economy is, I would say, institutionally robust. There is no comparison with the decadent weakness of the Euro area economy. The second shows that the US has the capacity to create in record time, which cannot be compared with our situation. Behind all this there are many correlated factors ranging from education and mentality to political exercise.

Are there institutional reasons? Of course there are. Even more, in my opinion. It’s a bad sign that while over there they are unhappy with their results, talking all day about their “weak” performance, here we are delighted with a few tenths more in GDP and a few less in the unemployment rate. We are pathetic. Here we have to close ranks and say how good we are, while we are beset by the most overwhelming problems. It doesn’t occur to us to officially acknowledge that Brexit is a symptom, not a cause which has to be eradicated. They don’t want to know anything about the real cause. Spain is politically moribund, but Europe is not much better as it has reached the limit of its capacity for decision making. I believe that the European sickness is the cause of the Spanish sickness. So we can’t expect any help from that side. Maybe a “Greek” solution when they can’t sustain us any more.