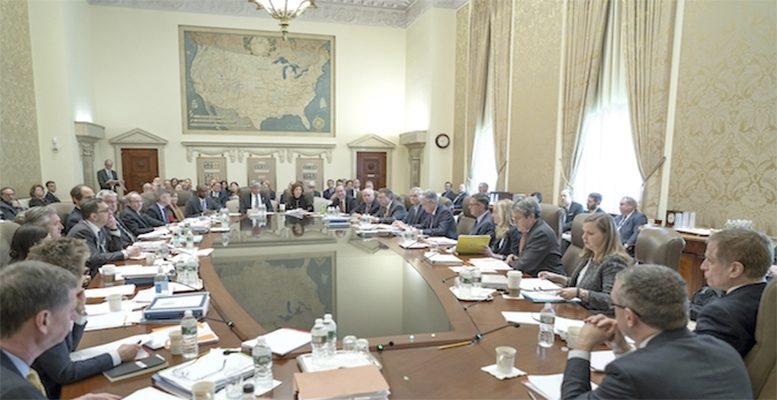 David Page, Head of Macro Research at AXA Investment Managers | Federal Reserve Chair Powell delivered the first shared address to a (virtual) Jackson Hole Monetary Conference. He delivered the conclusions of the Fed’s Monetary Policy Review, a process that was started in early 2019, and was due to be announced earlier this year, before the pandemic delayed the release. The Review maintained the broad pillars of Fed policy making: a dual mandate with employment and price stability goals, with price stability defined as 2% over the long term. However, it made three changes:

Fed Chair Powell explained that the backdrop to this review had been a sustained fall in estimates of the natural rate of interest, or r*. This meant that the Fed would more often than before be in a situation where conventional (interest rate) policy was constrained by the effective lower bound (ELB). Fed Chair Powell explained the risks to monetary policy without a change: he said that if the Fed was unable to lower monetary policy sufficiently to stop inflation falling below the target rate in a downturn, but used policy to keep inflation on target in an upswing, that the average of inflation over time would be below target. This would be exacerbated by economic agents anticipating this, which would lead inflation expectations lower, adding to disinflationary pressures. Moreover, with inflation expectations falling this would lower the nominal level of interest rates over and above the fall in r*. Powell warned that the Fed had seen this process occur in other major economies and once it set in, it was hard to reverse.

The adoption of an average inflation target aims to address this problem, while leaving long run inflation expectations in line with the original target. The Fed has said that in pursuit of a 2% average over time, it would “aim to achieve inflation moderately above 2% for some time” following periods where inflation had been running persistently below 2%. Moreover, the adoption of a flexible target aims to avoid some of the pitfalls of a more deterministic rule. “Over time” allows the Fed to return inflation to average over a realistic time frame, avoiding being a hostage to future events or suggesting excessive ability to control inflation at any given time. It is also deliberately asymmetric, making up for any lost inflation, but not suggesting it would average down after a period of high inflation – this in keeping with addressing the asymmetry introduced by the ELB.

Yet the Fed’s new target poses significant questions. An average inflation target is described as a “catch-up policy”, but the Fed’s flexible approach does not tell us how much it will aim to catch up or how quickly. For example, over the past decade PCE inflation has averaged 1.75%, with inflation below target for 63% of the time. If the Fed were to achieve a 2% average over 15 years, it would require inflation to average 2.5% over the coming 5 years. However, if the Fed were aiming at inflation averaging 2% over a shorter time frame, for example four years, it would only require inflation to overshoot by to 2.25% for two years. This creates quite an ambiguity over the outlook for inflation in the policy relevant time horizon.

The Fed has also changed its statement with regards its maximum employment target, now aiming to mitigate “shortfalls”, not “deviations” from maximum employment. This reflects the Fed’s recent pleasure at the joys of full employment spreading across different sectors of the workforce and the lack of accompanying inflation. Powell stated that the Fed had learned from this business cycle and referred to the flattening of the yield curve. However, he also suggested that the Fed may have underestimated the disinflationary pressures from overseas and the impact of falling inflation expectations. Either way, the Fed is now going to systematically disregard what has historically proven a leading indicator of inflationary pressures in more solid pursuit of its maximum employment goal.

After a decade of subdued inflation, with inflation expectations falling and evidence of a pernicious cycle underway in other major economies, we believe that the Fed’s actions to alter its longer term strategic goals are wise. However, the Fed’s changes and its decision to retain flexibility into its approach will introduce additional uncertainty into the outlook for financial markets. Markets will closely follow speeches and behaviour over the coming months, quarters and years to try and assess just what the Fed’s new reaction function will look like.

Ironically, the impact on the short-term outlook for monetary policy is ambiguous: while the Fed pursuing higher inflation in the short-term should see a relatively more accommodative stance, any reduction in downward pressure on inflation expectations should help the Fed reach its target more quickly. Financial market reaction reflected this ambiguity. 5y/5y breakeven inflation rose to 1.81%, its highest since early January 2020 , building on gains seen in anticipation of todays statement. However, 2-year and 10-year yields first fell (by 1bps and 3bps respectively) considering more accommodative policy, only to then reverse these dips and rise by 1bps and 3bps to 0.15% and 0.71%. The dollar also fell sharply against a basket of currencies, down 0.7%, before erasing losses and rising 0.3% and then eventually settling back to where it started.