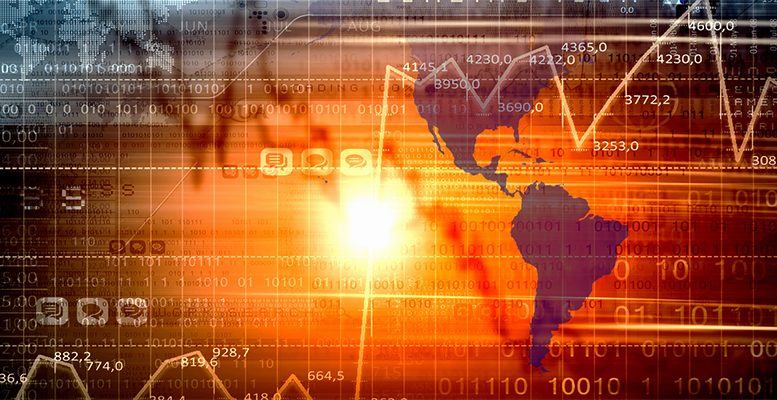 The so called populist uprising in the west is a rejection of one aspect of globalisation, the power of the supra-national institutions and their policies. ” An alternative system has appeared to offset or undermine the existing one and, it is for the many outside the political class rather than the few inside”, sumarizes Mark Tinker head of AXA IM Framlington Equities Asia. Technology is offering new platforms to do what the elite used to control. Furthermore, Tinker adds:

“Globalisation is not dead, rather it has been ‘Uber-ed’,  which  I believe is what the recent political ‘shocks’ are all about. Global capital flows are not going to slow, countries are not going to become isolationist. What is going to happen is that the institutions of globalisation are going to change and with it, the rules of the ‘system’. Financial markets will adapt to the new system and as investors we have to try and understand the new mechanisms, the new rules”

If we look at the history of what is generally perceived as globalisation, we see three waves. The first wave, from the turn of the last century to just after the end of the First World War was about agriculture and manufactured goods, as particularly America, with its huge natural resources and powerful internal market brought economies of scale to international trade. This was hit hard by the First World War and its aftermath and globalisation was seen to have died between the wars as America retreated.

The second wave began after the Second World War and was dominated by the US, with the Marshall Plan rebuilding Germany and Japan and the establishment of what became known as the Washington Consensus. Thanks to American capital and other institutional advantages Germany and Japan became the second and third largest economies in the world, their trade surpluses creating ever higher quality and efficiency of manufacturing as capital replaced increasingly expensive labour.  It was at this point that the world was convinced that the future was Japanese and that America was doomed. But it didn’t turn out that way because the system was shaken up by the fall of the Berlin wall and the sudden collapse of the Soviet Union.

As regards the third wave, or “hyper-globalisation”, the World Trade Organisation (WTO) meant that emerging markets and China in particular drove the substitution of labour in the west with cheap labour in the East through cheap imports and multi nationals created global supply chains to maximise profits. Thus labour in the US mid-west was not simply competing with cheaper labour in Mexico, but with a near unbeatable combination of US capital and Mexican labour. So if wave one was globalisation of land (agriculture and resources), wave two was a globalisation of labour (outsourcing and cheap imports) then wave three was a powerful combination of the two, a globalisation of both capital and labour. Land, labour and capita. The three factors of production. As Mark Tinker exposes in his last market note:

In an emerging economy, growth comes from using more of each factor. Later on, it becomes important to make each factor more productive. The early 1990s brought cheap Chinese labour to combine with western or developed market capital, much of it Japanese, but it also brought most of Eastern Europe as a source of higher educated but cheap labour to combine with, mostly German, capital. The US meanwhile, although not having a savings surplus, had the dollar and thus effectively an unlimited pool of capital such that while on the one hand the US multinationals continued to create global supply chains, on the other they drove the giant strides in technology that not only retained US dominance of the globalisation narrative, but turned it into a globalisation of services. The platform company became the new model and US companies dominated as the Japanese equity market collapsed and the US soared.

Despite the Global Financial Crisis (GFC)this has remained the case but for the emergence of China as an economic force. However, it is this third wave of hyper globalisation that many regard as a ‘bad thing’, especially as it now appears to be hollowing out the middle class white collar workers who write about such things. In particular the recent political shocks are being portrayed as a ‘reaction to globalisation’ leading a number of people to become very gloomy about the future and to predict a retreat away from the good things of globalisation.

The potted history of globalisation outlined above is, of course, also a potted recent history of the development of international capital markets and its institutions: The IMF, the World Bank, the OECD, the G7, GATT (later the WTO), NATO, even the EU. All of them were part of a system built by the US for the post war era and the rules were known as the Washington Consensus.

These are the ‘experts’ that are being rejected by the wider public and technology is providing a different platform. They are being ‘uber-ed’. The expert from AXA IM’s explains:

Uber in London offers the same quality or better but for literally half the price, while Uber in Hong Kong offers significantly higher quality for only a modest premium. Both offer wider consumer choice and both are under threat from vested interests trying to use legislation to preserve their monopoly. They may, perhaps, stop Uber, but the model is now forever changed, they will have to adapt. The same is true of these global institutions.

President Trump has made it clear that perhaps we don’t need NATO, he has also suggested that the plans on climate change under the Paris agreement driven by the UN are not in the interests of the United States and in both cases is suggesting that he is not willing to pay the bills. He has made it clear that he does not believe in a ‘global community’, provoking shock and horror, particularly for all those working in the multilateral (but largely US funded) organisations  that comprise that community. According to Tinker the people (the customers) are voting for ‘change”, they want more for their money. He says:

This is not just about Donald Trump however, part of Obama’s appeal was the prospect of hope and change and so was for many people the vote for Brexit. Not as the globalists would have it a rejection of Europe or European people, but a desire to change from the globalist institution that is the EU. In this sense it is more like a Hong Kong taxi compared to Uber – despite being told it might cost more, the consumer voted for a different and hopefully better product.

Technology is facilitating the recycling of capital in multiple ways. While social media obviously plays an important role in the messaging of opposition to existing institutions, it is just part of the landscape, like the Uber App. FinTech is everywhere, undermining traditional capital platforms with crowd sourcing, shadow banking systems and, with block chain, even currencies. Central bankers can control the economy only in so far as they can control the banks. Regulators are forcing banks to hold ever more capital and performing stress tests to try and ensure confidence in the banking system without recognising that is was essentially the non-bank system that causes the problems when the traditional banks withdraw liquidity.