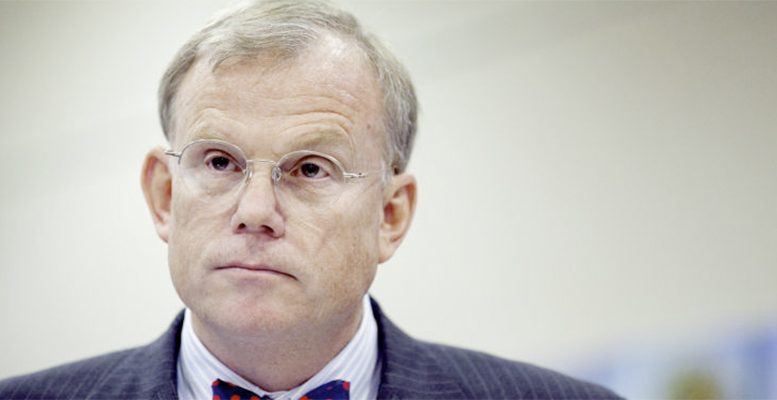 In the United States, there is absolutely no discussion about the independent nature of organisms like Florida’s State Board of Administration – SBA. And, in fact, its director Ash Williams defends an increase in public spending, something which is anathema to the Republicans (like Rick Scott, the governor of Florida). With the exception of President-elect Donald Trump, who has broken with his party’s orthodoxy over this matter. But neither does Williams spare him any criticism. And this is with Florida’s attorney general, Pamela Bondiu, one of Trump’s biggest allies in the US, sitting beside him on the SBA board.

Question: The Fed has still not raised interest rates and there are over $13 billion (11.6 billion euros) of bonds trading with negative rates, although this figure goes up every week. Where are the opportunities for investors?

Answer: I am going to talk about risks as well as opportunities. On the one hand, you have to take something into account: in the history of finances, there are not many precedents for this. And this is very unusual. It’s true that one of the phrases which is repeated the most in the market is “this time it’s different.” But this is usually used to try to describe economic bonanzas and to rule out the existence of any risks. This time, no. This time people are genuinely confused, for two reasons. The first is because of the situation itself. And the second is because no-one knows how long it is going to last. However there is one thing that is clear: the central banks don’t have much more gunpowder in their canons. So monetary policy is fairly much exhausted. That’s the bad news.

P: And the good news?

A: That there is room for fiscal action. Normally when there are big disruptions in the market, governments respond with monetary and fiscal policy. Think about the Great Depression, the Second World War. Now, on the contrary, there has been no action on the fiscal front. Everything has been based on monetary stimulus. One obvious thing the US and many other industrialised economies need is a responsible fiscal policy which stimulates growth and allows for an increase in productivity. Because productivity is the basis for all economic growth.

P: At the moment, productivity in the US is not doing so well

A: Yes. And when we take into consideration that productivity is hardly growing – or in fact is declining – at a time when salaries are stagnating, it is even more worrying. Above all because now, as the labour market tightens, wages are going to rise more and more, limiting the Federal Reserve’s margin to maintain such low interests. And one way of improving productivity is modernising physical infrastructures. We have hardly invested in these at all over the last few decades. US airports cannot compete with those in Asia or Europe. It’s time for change. There is also the construction element associated with infrastructures: you put people to work. And, if people are working, consumption increases, which is 70% of GDP. This is something which is very important, because in this recovery there is a big gap between supply and aggregate demand (consumption and investment). In other words, there is an idle productive capacity which is not attracting consumption. So there is a double benefit here: it generates employment and consumption in the short-term; and productivity in the long-term.

Q: Professor Jeffrey Sachs from Columbia University, a former advisor to various transitional governments (Russia, Poland, Bolivia), says the effect of public spending programmes take too long to show, because building infrastructures is very slow. It’s a bureacratic process which is daily more complex due to the multiple interests involved. And it takes a long time to really see the benefits.

A: We would be surprised if we stopped to think about the number of things which could be done with very little budgetary expenditure and hardly any bureacratic proces, which could have a very considerable economic impact. There is no need to build a new Cape Canaveral or a huge motorway. It’s sufficient to repair what is already there.

Q: The US financial system data shows it is in excellent health.

A. The crisis has unveiled a new system. On the one hand, there is a group of new small, local banks which don’t have any impaired assets on their balance sheets inherited from the time of the mortgages. And on the other, the four big ones. Those which are going to disappear are the ‘regional banks,’ (institutions with assets ranging from 20-350 billion dollars, or 18-310 billion euros).

A: Because they are not small enough to be boutique banks, they don’t have the necessary flexibility. And they have been around long enough to have problematical assets on their books. They have been trying for some time to eliminate these, but have not yet completed the task…