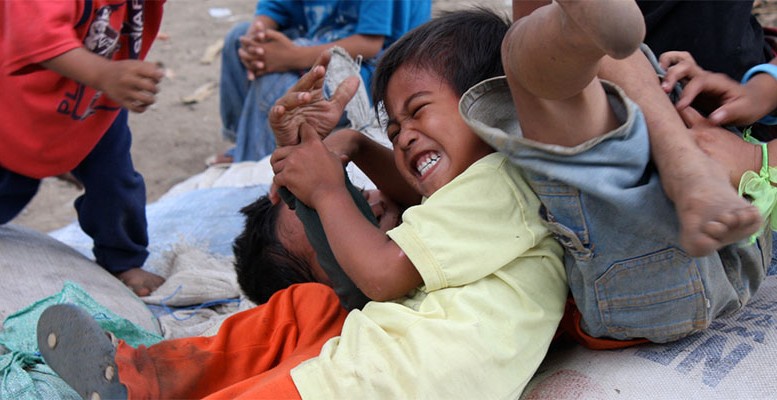 On November 30, the 21st Conference of Parties (COP21) started in Paris. After almost 20 years of climate talks, it is hoped that the international community will finally agree concerted action to tackle climate change.

Though a tiny minority still debate the science, it is generally agreed that the world needs to reduce emissions so that warming of the climate due to human activity does not climb higher than 2 degrees Celsius—remembering that a number of already-vulnerable countries are threatened by temperature rises of 1.5 degrees Celsius.

If we have a good COP, all countries will agree to reduce their carbon dioxide and greenhouse gas emissions over the next 10-20 years. Each will identify a year in which their emissions peak, then steadily decline. It is probable that this would happen in a staggered way—some countries would peak in 2020, others 2025. By 2030, every country in the world should have peaked and be on the way downward.

The consequences of this vary greatly between countries. For example, if you’re a country that likes to use large amounts of cheap petrol or cheap energy, this will mean increasing energy prices and investing more in energy efficiency.

If COP21 goes well, major countries will agree to peaking early and commit to a rapid decline. The emerging powers will come onboard, with China and India demonstrating their commitment by pledging to peak their emissions in 2030. You’ll also see the rich world saying that it will not retain patents or licensing agreements on green technologies—enabling them to spread rapidly across the world.

A good COP will also mean that the Sustainable Development Goals (SDG) are taken more seriously. If we don’t get an agreement at COP21, it will effectively tell countries: You’re not part of an effective global governance system, which is going to make life better for everybody. We’d be the same old world in which most countries are pursuing their narrow self-interest, so you can suit yourselves. The SDGs have a far greater focus on the environment and sustainability than the Millennium Development Goals, and so this is a step toward securing a good COP in itself. However, a bad deal would hugely undermine the credibility of the newly minted SDG agreement.

The recent terror attacks in Paris have meant that the public climate marches planned to take place throughout the summit are, quite logically, no longer approved. Although this could be expected to reduce the civil society contribution to the COP discussions, which was seen as being significant, activity over last weekend indicates that publics still plan to have their say. I would hope that the attacks show most nations that if they want to move into a world where terrorism is at relatively low levels, then greater cooperation is needed. Agreement at COP21 would represent a very positive step forward, which would make it easier to talk about other positive steps forward.

Potential obstacles are likely to be driven by politics—countries seeking to protect their national interest, which may involve adjusting the agreement to suit some countries a little bit better, at the expense of others. Broader political power dynamics also come into play. India, for example wants to be seen as a very important player in this. It’s not going to simply be seen to “do what it’s told,” but will probably seek to “Indianize” the deal more. Agriculture is an incredibly tense aspect for India, because it has a large small farmer population—with significant democratic power—to protect.

If the United States does something more progressive and ambitious than expected, the rest of the Organisation for Economic Co-operation and Development (OECD) is likely to follow suit. President Barack Obama and his administration want to be part of the agreement, but Congress and the Republicans don’t want to move on it, due to concern about potential damage to the US economy and jobs.

If the United States does something more progressive and ambitious than expected, the rest of the Organisation for Economic Co-operation and Development (OECD) is likely to follow suit. President Barack Obama and his administration want to be part of the agreement, but Congress and the Republicans don’t want to move on it, due to concern about potential damage to the US economy and jobs.

The chief point is that the agreement has to be something that the US president can sign, that doesn’t require ratification by the US Senate. A treaty is desirable, because it would be binding and countries can be penalized if they don’t honor it. However, a treaty would require ratification by the US Congress, which is unlikely to pass. A deal that doesn’t include the US would essentially render it inoperable.

*This article was originally published by The Fair Observer and Development@manchester.