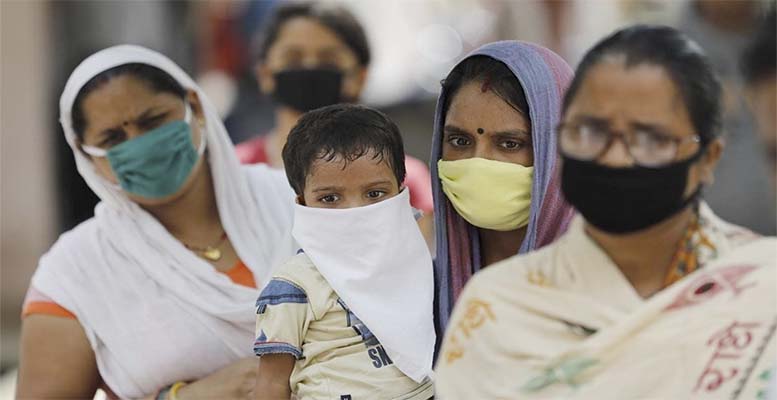 India is facing an unprecedented rise in COVID cases: 2.3 M new cases in the past 7 days only

Marcus Weston (La Française Group) | Back in June 2020, India’s sovereign credit rating was hit by a double downgrade. First, Moody’s lowered its rating from Baa2 to Baa3 which was not itself a surprise given that the agency had been holding the Indian rating above the level of both S&P and Fitch for the previous three years. But more crucially they lowered the rating outlook from stable to negative. Two weeks later, Fitch lowered its own BBB- India rating outlook, also from stable to negative. These two actions last summer had effectively exposed India and most of its major corporate bond issuers by bringing the Indian sovereign debt on the cusp of a potential downgrade to junk, something the country had not seen since 2007.

Given that the COVID outbreak was one of the catalysts of the June 2020 rating actions, there has understandably been rising market concern that the catastrophic growth in COVID cases on the subcontinent in recent weeks could now trigger the downgrade of India below its critical investment grade status. Certainly, the humanitarian disaster currently unfolding in the country with an exponential rise in both cases and fatalities is putting a massive strain on domestic public services, while inadequate social distancing in the country combined with the emergence of highly virulent new strains will almost certainly drive a push for aggressive new lockdowns to contain the spread.

The country is indeed facing an unprecedented rise in COVID cases: 2.3 million new cases were reported in the past 7 days only. While a resurgence of COVID in India can be seen across the country, large political rallies throughout five Indian states where elections just took place was undoubtedly a contributing factor. So was the celebration of Kumbh Mela, an important Hindu religious gathering often termed as one of the largest gatherings of human beings on the planet that happens once every twelve years.

Given this terrifying context, anyone would be expecting Indian markets to be in a tailspin. However, market reaction has been extremely muted so far. Since the start of March India’s benchmark SENSEX Index has fallen just below 3% and, as of the time of writing, remains in positive territory for the year. The Bloomberg Barclays USD Credit India index is also positive for the year, an amazing feat considering the move in underlying US Treasury yields since January. In other words, there are very little signs of market nervousness, let alone panic, for either equities or bonds in India.

Of course, there are structural explanations for this surprising resilience. For many years India has enjoyed a strong “diversification-bid” as foreign investors wanting exposure to Asia have been forced to overweight Indian securities to offset the dominance of China in pan-Asian markets. A lack of new issuance from India certainly justifies this from a bond market perspective. Meanwhile some recent volatility in certain segments of the Chinese bond market including weakness in State-Owned Enterprise bonds and property developer bonds has further increased the attractiveness of India as a regional counterbalance. Nevertheless, the key question is whether the market is being complacent in overlooking the growing risks in the Indian economy as a strong demand for Indian securities still prevails.

India has had its fair share of market scares in the past. In 2018, the surprise defaults of IL&FS Investment and Dewan Housing Finance triggered a crash in the non-banking financial companies (NBFC) sector. It is perhaps for this reason that NBFCs are one area where there have been some concerns that this segment could be vulnerable if we saw a massive decline of economic activity as a result of the latest COVID spike. However, we believe the current situation is very different to 2018.

In late 2018, in the aftermath of the IL&FS fiasco, NBFCs struggled to obtain funding due to the overall market sentiment that prevailed. At the time of the IL&FS debacle, mutual funds were the key providers of liquidity to NBFCs, allowing them to roll over their debt. As major mutual funds also got hit by the IL&FS bankruptcy, funding to NBFCs from mutual funds dried up, triggering panic among NBFCs, their shareholders and their bondholders.

Today the situation is very different. Both mutual funds and NBFCs have learned from the IL&FS crisis. While mutual funds have systematically reduced their exposure to the NBFC space by being very selective on names with good underlying assets, the NBFCs have also diversified their funding sources, typically through the securitisation of their assets. The NBFCs also realised that borrowing on a short-term basis to take advantage of low rates while lending on a long-term basis was not sustainable. The share of non-convertible debentures and commercial papers which accounted for 54 percent of the total NBFC funding in 2018 dropped to 34 percent in 2020. Albeit paying a hefty price, the sector has now evolved into a more sustainable business model with a proper alignment of asset and liability duration. Growth expectations have also tapered down to high single digits from the high teens growth rate it experienced prior to the IL&FS crisis. Investors and banks have differentiated the good ones from the bad ones with respect to the quality of the underlying assets, the liability mix and the credit rating. From a portfolio perspective, we see strong resilience in our NBFC exposure, both in our equity and fixed income funds.

We ourselves are not dismissing the market risk and we do believe that the Indian market for both equities and bonds could be exposed to some market volatility in the near term, at least until the latest COVID spike is brought under control. However, in the context of a pan-Asian view, we continue to believe that there is still benefit in maintaining exposure to Asia’s third largest economy on diversification grounds, provided single name positions are carefully managed and monitored.

Meanwhile regarding the sovereign rating itself, Fitch this week affirmed its BBB- investment grade rating for India following a similar action from Moody’s two weeks ago. While the outlook from both agencies remains negative, it has removed one potential near term risk. In their affirmation rationale, Fitch did acknowledge the recent spike in COVID cases but did not think it could derail the economic recovery of the country. It remains to be seen if Fitch and indeed market valuations are complacent in looking through the near-term headwinds to focus instead on medium term growth. The next few weeks will be critical to assess the real economic impact of the human catastrophe that is unfolding before us.