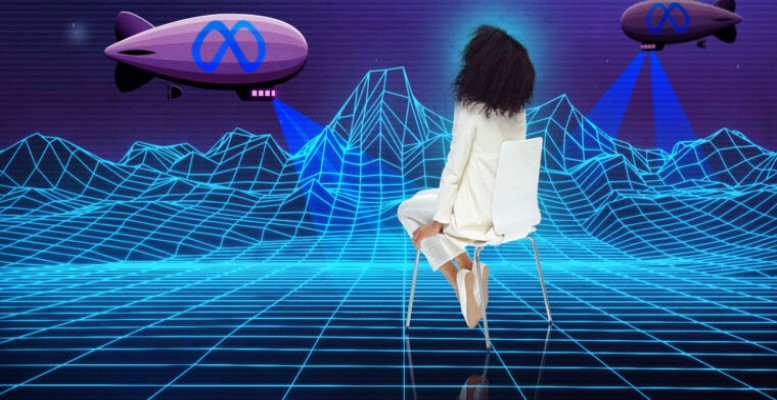 Capital Group |The term metaverse has become, almost overnight, a buzzword due to Facebook’s name change to Meta to focus on its new mission: bringing the metaverse to life.

Before the hype generated by this announcement, most people barely understood the term. But anyone who has experienced virtual reality or augmented reality will have been somewhat familiar with the metaverse.
So what is the metaverse and how can we define it? There are currently many definitions, as the metaverse is still in its infancy and can evolve in many ways.

Some experts such as Mark Zuckerberg himself, CEO of the new Meta, or Satya Nadella, CEO of Microsoft have provided their own definitions.
Zuckerberg, for example, states that the Metaverse is an embodied Internet where you are immersed in the experience, not just observing it…. The defining quality of the metaverse will be a sense of presence, as if you were right there with someone else or somewhere else…. In the metaverse you will be able to do almost anything you can imagine: meet with friends and family, work, learn, play, shop, create… as well as live completely new experiences that don’t fit with the idea we have today of computers or phones.”

Nadella, for his part, says that the metaverse allows us to integrate computing into the real world and integrate the real world into computing, bringing a real presence to any digital space. Most importantly, we can take our humanity with us and choose how we want to experience this world and who we want to interact with. It’s no longer just about seeing the camera view of a factory, it’s about being on the plant floor. It’s no longer just video conferencing with colleagues, you can be with them in the same room.

These descriptions mention a sense of presence in the metaverse. Those who have experienced meetings in augmented reality and virtual reality spaces report that the experience is very different from videoconferencing, and that it gives a much greater sense of presence and fosters a deeper sense of connection. For example, when seated in a virtual reality conference room, people can engage in side conversations just as they would in real life.

However, there may still be some way to go before this technology reaches mass deployment, given the current technical hurdles. That said, our analyst acknowledges that meetings in augmented reality or virtual reality spaces provide a better user experience than video conferencing, and could become the preferred way to interact in the long term.

Blurring the boundaries between physical and digital

In the past, there was a clear distinction between offline and online entertainment. Concerts and sporting events are clearly real-world, physical, in-person events, while Netflix, Instagram and video games are digital or virtual forms of entertainment.

Technology has increasingly blurred the boundaries between physical and digital spaces, and this trend has accelerated during the pandemic. “One of the changes that I think may occur in the future is that there will potentially be a massive dissolution of the line between what is considered physical and digital,” says Capital Group analyst David Cummins.

Think, for example, of Epic Games’ flagship title Fortnite, which began as an online multiplayer game. Over the years, it has evolved into a large social network with elements of the metaverse. Today, in addition to playing, players can choose to enter virtual worlds within Fortnite to simply meet and spend time with friends.

In 2020 and last year, popular musicians such as Travis Scott and Ariana Grande have held virtual concerts in Fortnite, attracting millions of users and fans from around the world to the platform. One of the obvious benefits of an event like a virtual concert is the amount of time and hassle it saves consumers on travel.

The metaverse in the digital future

Companies that envision participating in, enabling or building a futuristic metaverse potentially open up addressable markets that are difficult to size today, but have the potential to be very large in the future. This may require substantial investments that could weigh down near-term benefits. Other areas, such as legal issues and the regulatory landscape, will also need to evolve to accommodate and promote a fully functioning metaverse.

The speed at which companies can grow and innovate also depends on the adoption of disruptive advances such as 5G wireless communication. Technology hardware, including virtual reality devices, will proliferate in an environment where 5G is widely available and will also require advanced chips to drive innovation.

The metaverse is not a guaranteed success, especially since virtual reality and augmented reality are still a nascent market with unproven monetization models. Advertising, however, could offer an opportunity. Advertisers have reported greater effectiveness and user engagement with metaverse-type ads within games such as Fortnite and League of Legends (developed by Riot Games), compared to traditional display ads. Other potential monetization opportunities include selling products on the platform or at virtual events.

Looking ahead, the emergence and growth potential of the metaverse ecosystem could generate a host of attractive investment opportunities for long-term investors. The impact could be far-reaching and transformative across many industries. It is likely that this will not happen overnight, and that no one company will come to dominate.