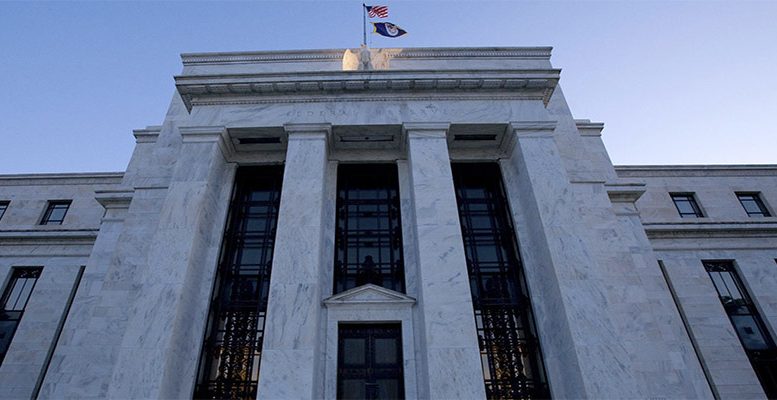 Valerio Cerretano via The Conversation | After a pause of a few months, the world’s leading central banks are “printing” money again to try to bolster their economies. Commonly known as quantitative easing or QE, the European Central Bank (ECB) resumed its programme just before the turn of the year. The backdrop is lukewarm growth, a looming recession in Germany, and persistent fears of Japanese-style deflation.

The ECB is creating new euros to buy bonds at a monthly pace of €20 billion (£17 billion). It is also signalling that QE has moved from being a temporary innovation to a permanent feature of monetary policy.

Meanwhile, the US Federal Reserve has also been running a new asset-buying programme, creating US$60 billion (£46 billion) a month since September. It insists for technical reasons that this is not QE, though many observers disagree. The Bank of Japan has been following a similar policy almost continually for the past decade, while there have been recent hints from the Bank of England that it might return to the fray for the first time since 2016.

At the Davos World Economic Forum, the managing director of the IMF has said that these interventions, along with many other countries cutting interest rates, amount to the “most synchronised monetary easing since the global financial crisis”.

In the process, the balance sheets of the leading central banks have ballooned to many times their previous size. As we shall see, it has given them a direct role in industrial policy that few people are even aware of.

It was the economic crisis of 2007-09 that drove the European, British and American central banks to try QE. They reduced interest rates to unprecedented levels, but it did little to increase bank lending, consumption or investment. By the turn of the decade, they realised their economies were caught in a similar liquidity trap to Japan, which had been pioneering its own QE programme since the late 1990s. Nothing like this had been seen on a global scale since the 1930s.

So they began to create massive amounts of money to buy the bonds of governments, banks and other major companies. The idea was to drive up bond prices, which would at the same time drive down their yields or rate of interest. By doing this, long-term interest rates would be reduced in line with the cuts that the central banks had already made to short-term interest rates. This would make borrowing cheaper for those issuing the bonds, which would hopefully stimulate the economy. There has been much debate about whether QE has succeeded. It is often said that along with low interest rates, it has paved the way for a new speculative bubble in riskier assets, while not unlocking enough growth to have achieved a recovery. We have never returned to the growth levels of the 2000s, as shown below. Commentators like former US Treasury minister Lawrence Summers argue that instead of QE, governments should be spending our way to a stronger recovery by running higher deficits. But since there is little political will for this, others believe that QE is effectively the only game in town.

The ECB, which was fiercely criticised from within the institution for resuming QE, has pointed to the benefits from the previous programme. In particular, it claims to have improved corporations’ credit access and levels of bank lending. We could add that the concerns about speculative bubbles overlook the fact that a shift in demand towards riskier assets was precisely the objective behind QE.

Some influential commentators argue that QE should be used permanently, and the ECB seems to agree. The bank’s new president, Christine Lagarde, said in December:

We intend to continue reinvesting in full the principal payments from maturing securities purchased under [the QE programme] … for as long as necessary to maintain favourable liquidity conditions and an ample degree of monetary accommodation.

It is usually overlooked that QE has also led the central banks into an industrial role that is normally restricted to governments (except the Fed, which works hand in hand with the US Treasury in this regard). For instance, while over 80% of the ECB scheme buys government and other public sector bonds, a huge chunk still goes into corporate bonds and other assets. At the time of writing, the ECB holds €263 billion worth of corporate bonds – a very significant amount in relation to individual firms and the sectors in question.

Why were those firms and sectors targeted? The selection criteria are not always clear. Unsurprisingly, the investments have raised some political criticism. Some have argued, for example, that the money should prioritise green energy firms and not the bonds of companies that trade in fossil fuels.

At any rate, these central banks are now in the business of picking winners and losers in the corporate world. They’re likely to be embroiled in this for a long time: even if they did abandon QE, they are buying assets with lifespans of over 30 years in some cases. As the Bank of Italy has admitted, the possibility of some of these companies going insolvent creates financial risks for the whole eurozone system.

It should be said that there are echoes of the past in these interventions. The likes of the Bank of England and Bank of Japan have been involved in salvaging firms or entire industrial sectors after economic downturns before. The Bank of England came to own a number of cotton mills in the 1920s, for instance, and then Rolls-Royce in the famous 1970s rescue. Another example is France in the 1950s, where the central bank became involved in choosing which sectors and companies to back under a scheme to distribute long-term finance.

The supposedly “unconventional” QE policies are therefore somewhat more conventional than is often admitted. We might like to think of central banks as technocratic institutions that merely enable the market, but not always. And the decisions about whom to prop up are being taken without any democratic input. For the situation to reverse and for the balance sheets of central banks to return to pre-crisis levels, it depends very much on whether we ever see a robust recovery. All we can say for now is that there are no signs of it yet.